On Saturday I ran 21 miles. This is the most I’ve run since running Richmond and the most I’ve run in a training run, ever. I was pretty nervous about this run, as I felt that it was sort of the culmination of my marathon training thus far. I was pretty low key about this run online because I was nervous. I got a strange peace about the run on Friday though, that proved useful for Saturday. Last fall, when I ran 20 miles, I completed the run in 3:53 minutes. On Saturday, I wanted to cover 21 miles in less than 4 hours. Well, I just got in under the wire… 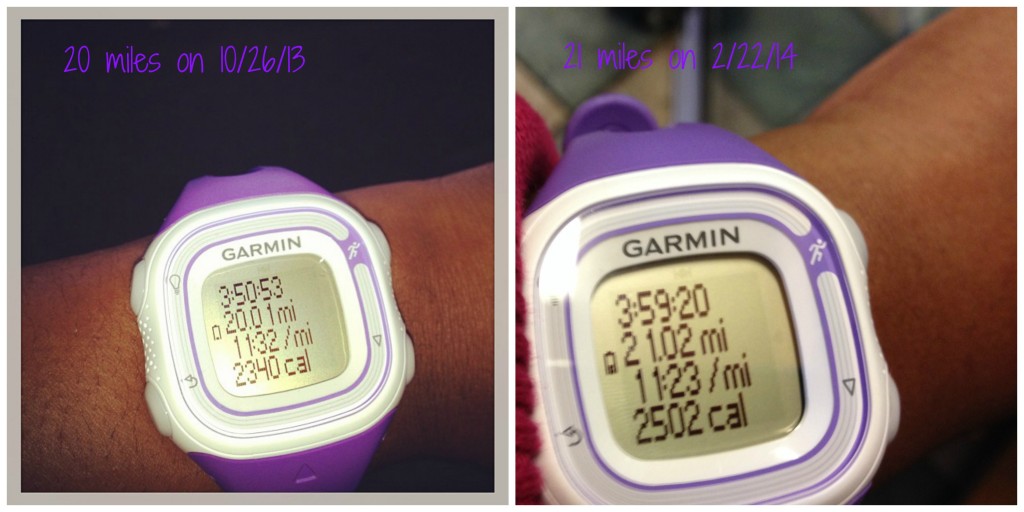 This was a really mentally challenging run for a few reasons (outside of the distance). I was solo from mile 5 through mile 19.75. Being solo is always tougher, but I’m preally proud of how much stronger I’ve gotten mentally. A few months ago, I’m not sure I could have run almost 15 miles by myself with no music. In addition to being solo, the middle miles were a mess. We were on a trail which was covered with ice, snow and mud. It was gross, messy and at times, incredibly slippery. Lots of the trail looked like this: 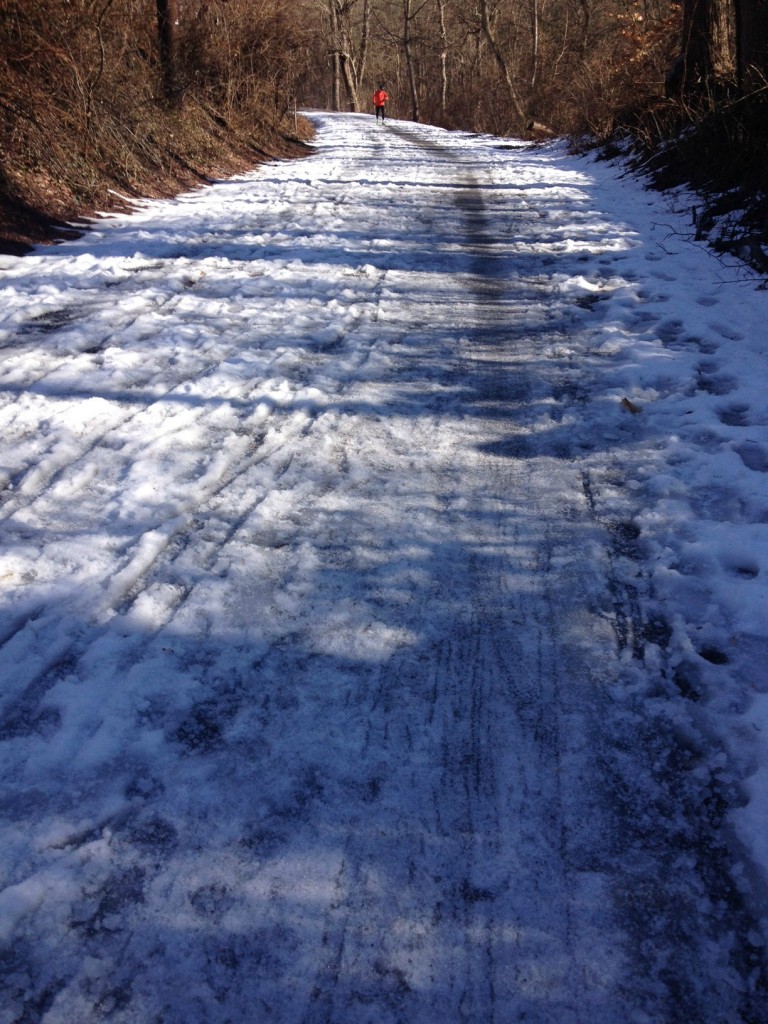 It was definitely rough going. And then I took a wrong turn and ran about a mile out of the way. Sigh. Only me. Once I finally got back on track, i just really wanted to be done. I met back up with some girls from my training group at a bathroom along the trail and was so dang happy to see familiar faces at this point. As I mentioned, I really wanted to finish this run in 4 hours or less and it was getting close. I am so proud that I was able to kick it into gear and my last (and 21st) mile was my fastest. That really left me feeling like I will be able to finish the marathon strong. Now I’m on to the taper – I’m running the Reston 10 Miler this weekend, then 13 next weekend then the race! Woot woot!

How was your weekend long run? Have you ever gotten lost on a run like this girl? 🙂