This Monday, I’m switching it up a bit and joining in with Tara over at Running n Reading for her Weekend Update link up. I booked it out of DC on Friday and won’t be back until the end of this week, so I actually do have some fun stuff to share instead of my usual weekend routine of running, napping and church. 🙂 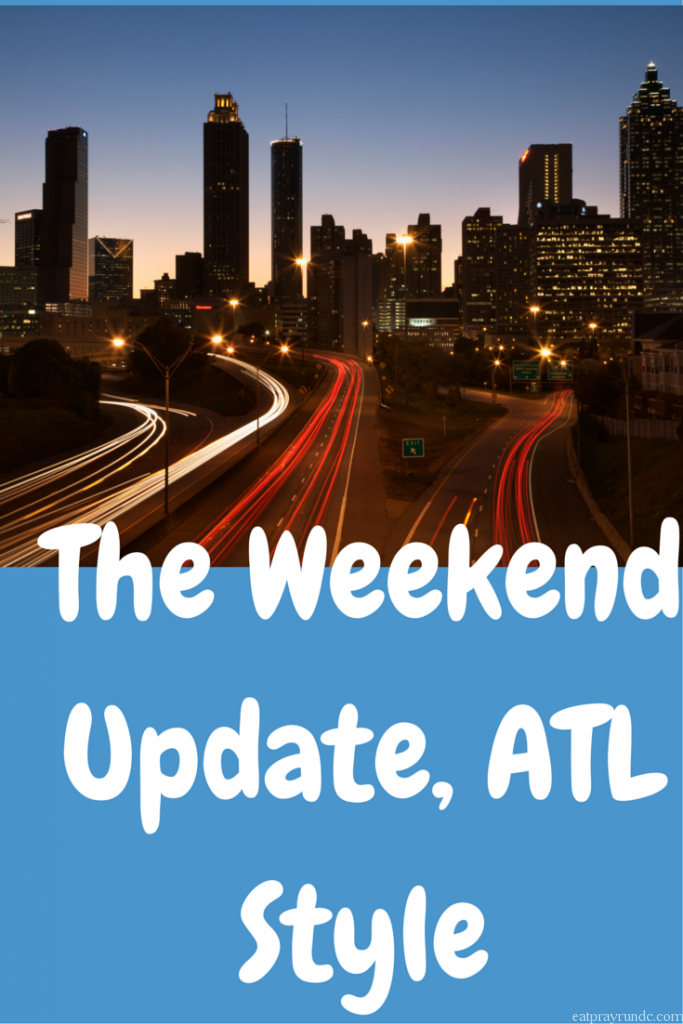 Friday started off with an early wakeup and a run. I ran my long run on Friday for the second week in a row. Ten miles with my training group – it wasn’t easy but we got it done. 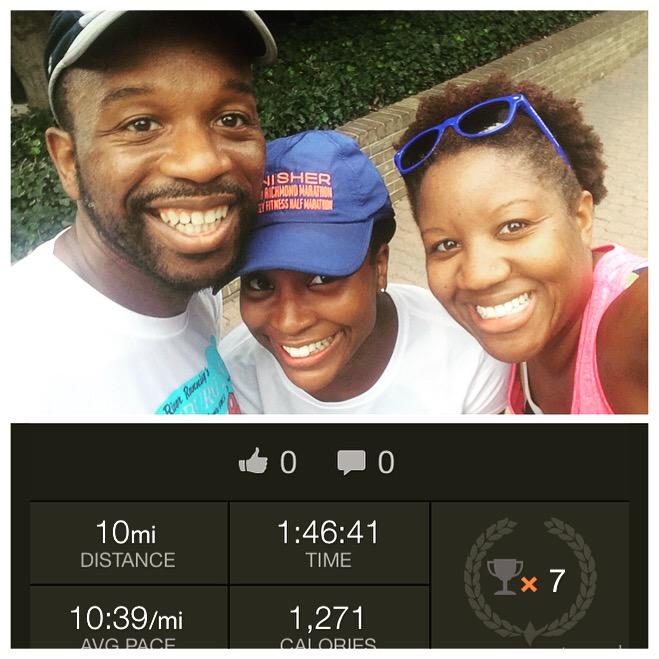 Next, I hustled to get out of town. I had a 12pm flight and hadn’t packed as of 10am. Ooops. Luckily, I made it on my flight and proceeded to have a long day of flights, layovers and then some driving. By the time I made it to Atlanta, I was wiped out. However, there was no rest for the weary, because I was up early for a race Saturday morning in Atlanta. I had arranged to meet up with a couple of Atlanta Oiselle Team gals for a four mile race on Saturday. Originally, I thought I might use the race to help me get the ten miles I needed for my long run. But as, I said above, I got that run done Friday, so I just decided to use the race as redemption after my last failed attempt at a four mile race. It was a success! It was hot, hilly and humid, so I kept it easy and had a consistent pace – finished just over 40 minutes, at 41.02 (a 10:08 average pace). I was most pleased with my consistent splits. Yay! 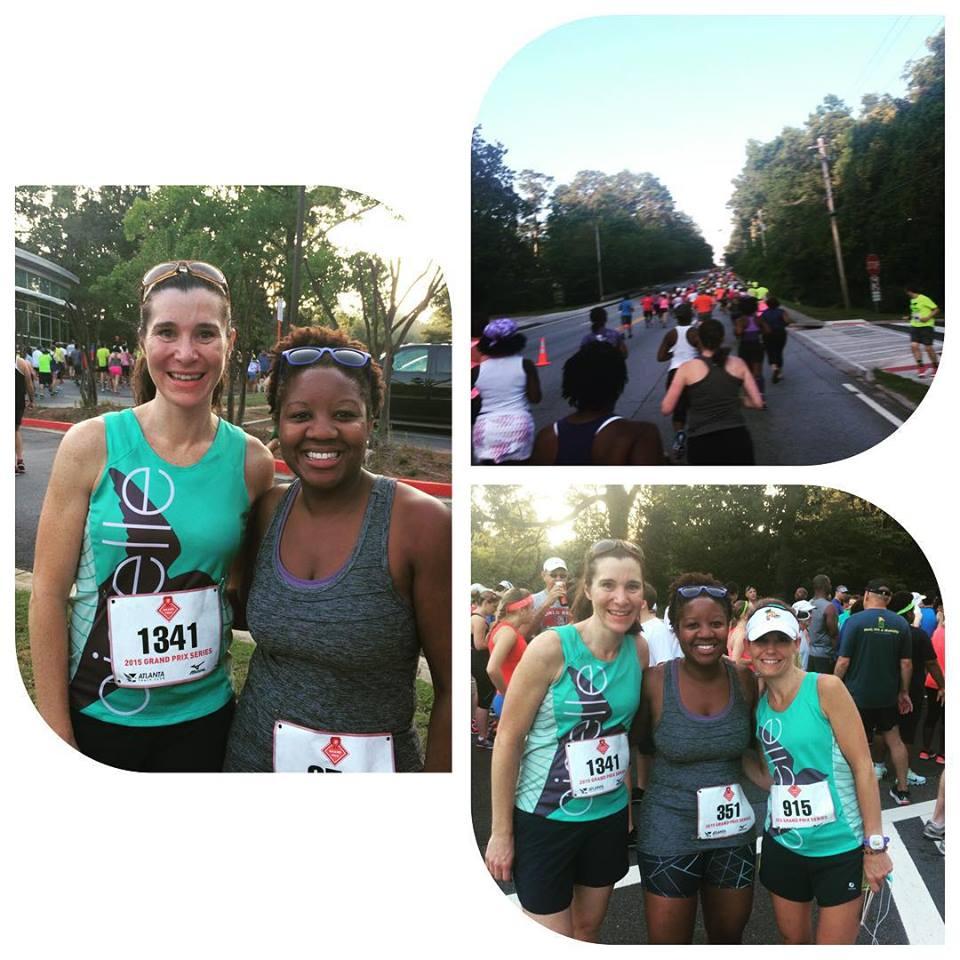 After running and hanging with the Atlanta birds, I spent some time with my dear friend Megan (who was kind enough to host me in Atlanta all weekend) and ended Saturday with dinner with Megan, her husband and one of my law school roommates. It was delightful and such fun.

Sunday, Megan and I took a Pure Barre class with one of my old Pure Barre instructors who now teaches in Atlanta. That was such a fun way to start the day and I loved seeing both my former DC friend and the Atlanta PB studio! Next, we headed to a bbq and spent the afternoon eating and playing with precious babies. I capped off Sunday with dinner with Alana, Rachel and Erin (friends from college).

I had an absolutely awesome weekend in Atlanta and am excited for the rest of my week down South. I’ll be in Birmingham most of the rest of the week — then running 16 miles the morning after I get back in DC. Yay!