Berlin was my first stop on my European vacation that centered around running the Berlin marathon. My schedule had me arriving in Berlin Thursday afternoon and then leaving for Prague Monday morning (which was the day after the marathon). I enjoyed Berlin and would love to return to spend time there when I am not running a marathon. Here are a few highlights and recommendations. 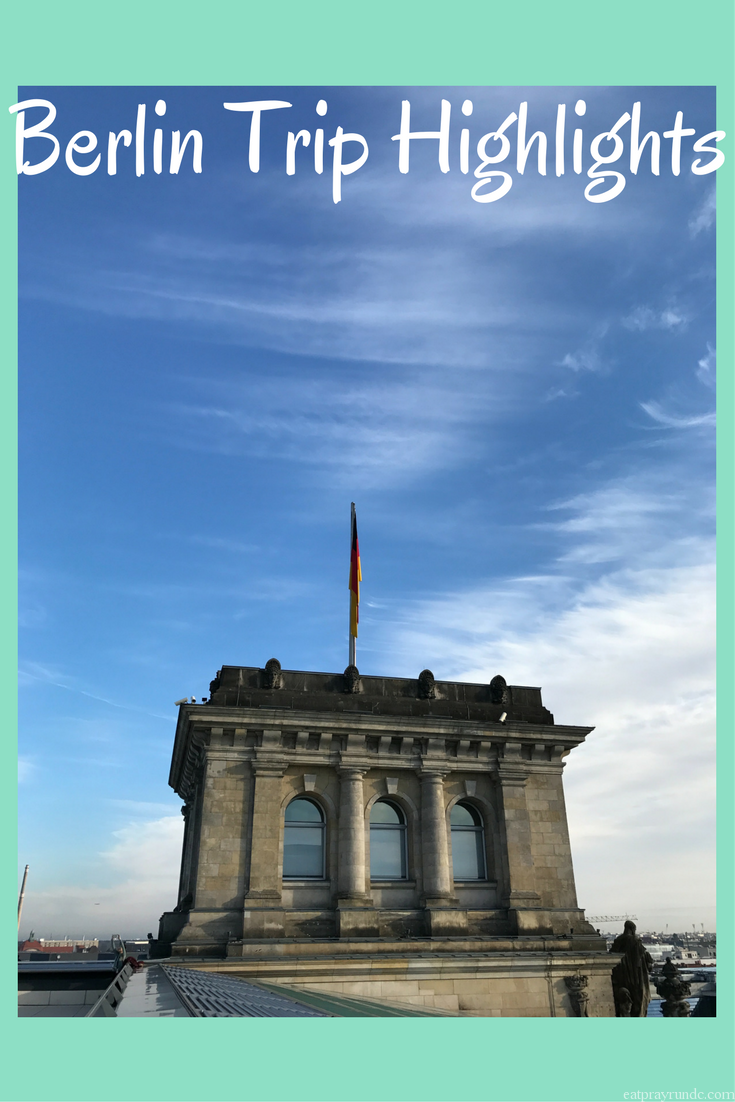 The evening I arrived I met up with my friends and Oiselle teammates Sheila and Melissa and their spouses, Mike and Kurt. We had a nice dinner and then wondered by to see a portion of the Berlin Wall that is still standing as a monument. It was a stark way to start the adventure but so incredible to be there and see history right in front of my own eyes. 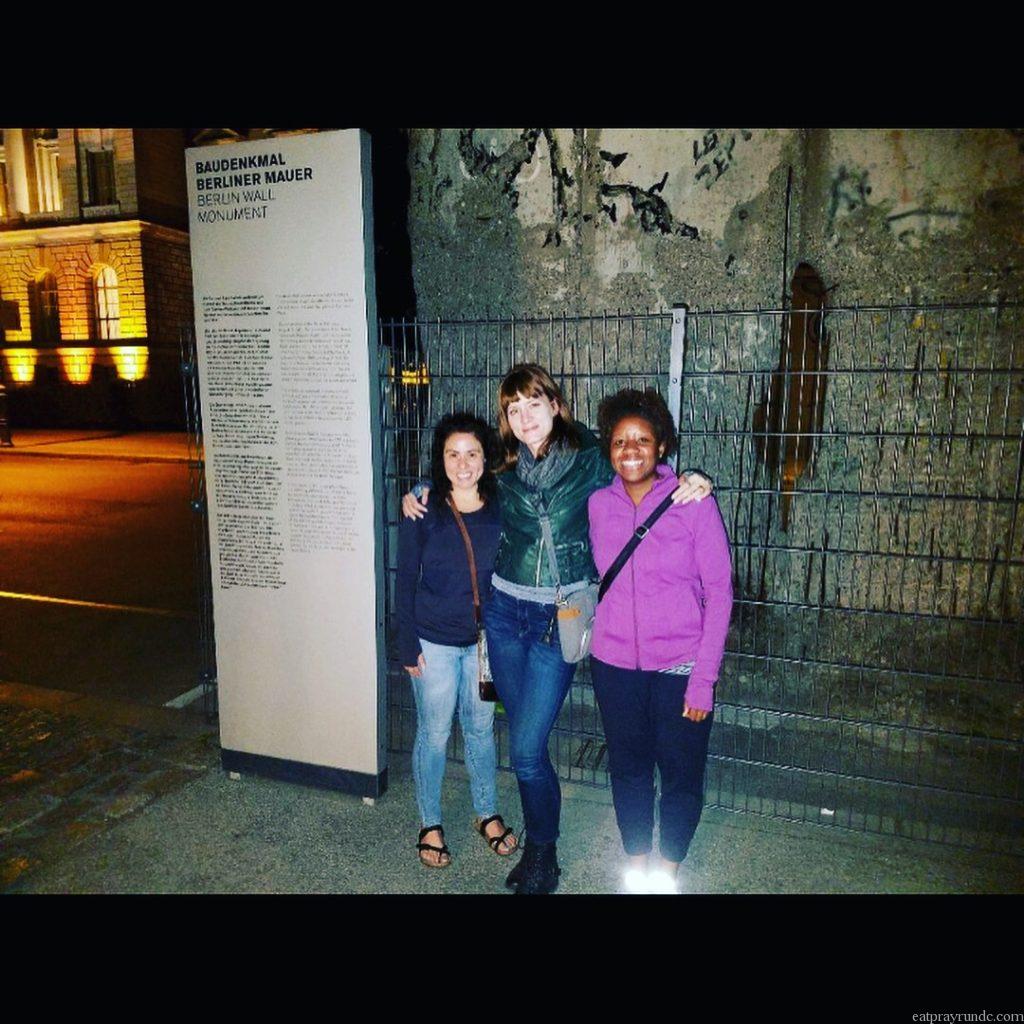 Friday began with a run through the Tiergarten – a large park in Central Berlin that runs right the Berlin Zoo. My hotel (you can read more about my trip logistics, including hotels here) was very close to Tiergarten so it was an easy and fun run. Running through Tiergarten also took me to the Victory Column which was another sight I wanted to make sure to see on trip. Definitely worth a visit to run through or just stroll through if you are in Berlin. 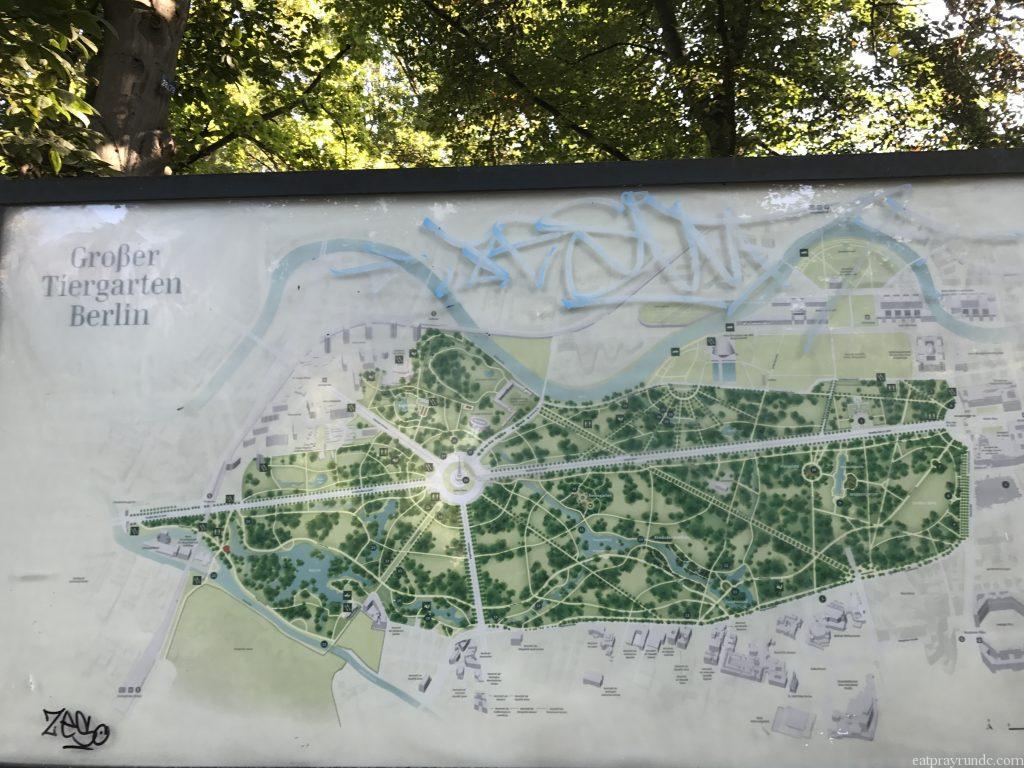 I spent much of the rest of Friday meandering around and exploring Berlin by foot and train. I grabbed a ticket to visit and tour the Reichstag building on Saturday morning (more on that below) and happened upon the Memorial to the Murdered Jews of Europe (also called the Holocaust Memorial). I did not see any real signage at the site and the memorial is a bit disquieting (the 2711 slabs resemble coffins) but it seems to be the point. I found it odd that children were running around playing and that took a bit away from the experience for me. In terms of location, the memorial is a block from the Brandenburg Gate. 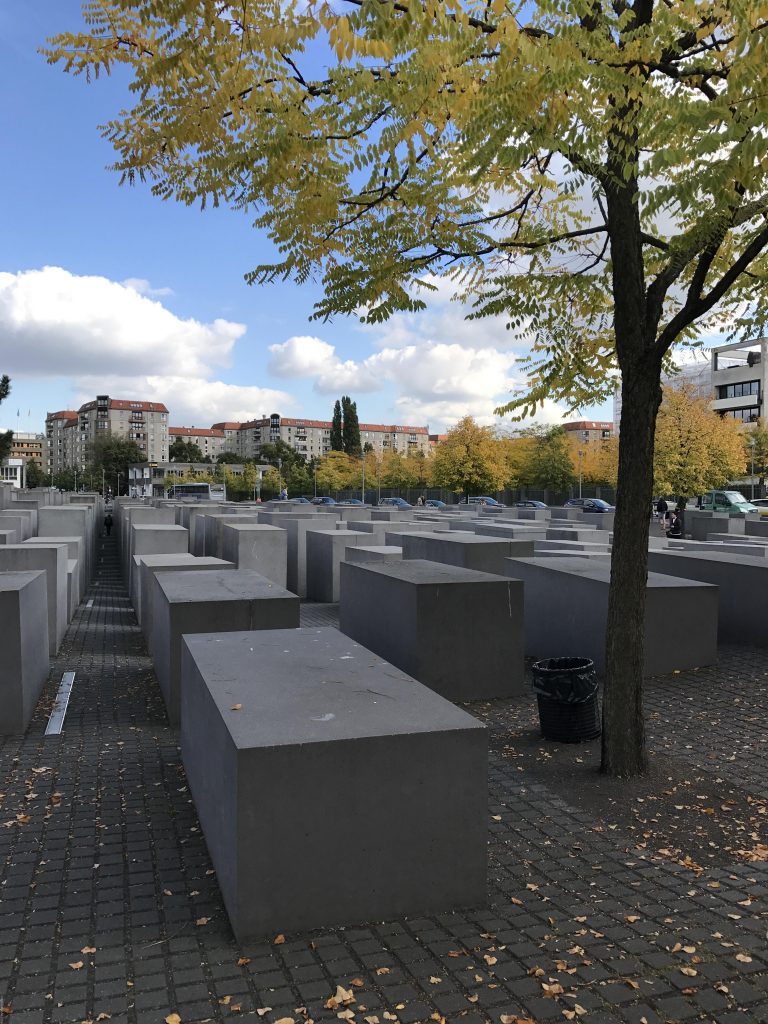 As I mentioned, the Brandenburg Gate is very close to the Memorial so I wandered over there next. The Gate became a part of the Berlin Wall and since the Wall came down in 1989, has since been the site of many gatherings and celebrations for Berliners. The marathon also ends just past the Gate (but NOT at the Gate!). The entire area surrounding the Gate is pedestrian only, and wildly popular so often crowded – but it is definitely a must visit. 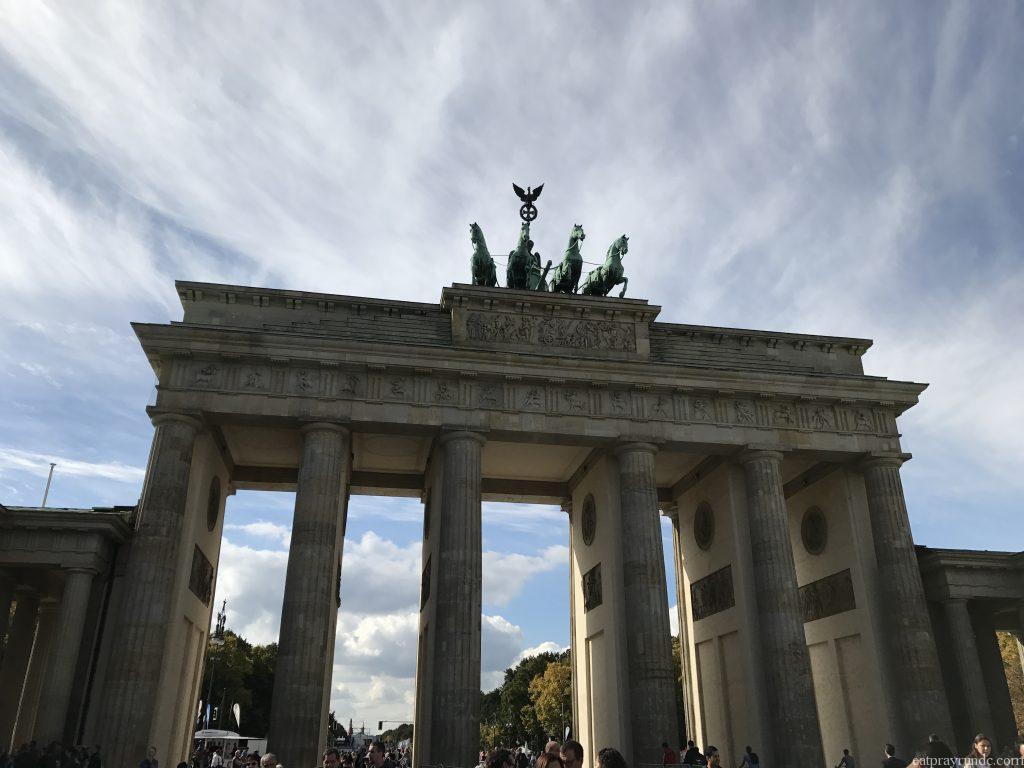 I spent some time doing some exploring the remainder of the day. I had read about the 100 bus in the Rick Steves and decided to take the bus to see many of the sites I wanted to see without having to spend hours walking around time. The bus was great and allowed me to see Alexanderplatz, Museum Island, and Schloss Bellevue – read about the 100 bus here.

Finally, the last big site I spent time exploring is the Reichstag Building – the seat of Parliament in Germany. It is an active building that is in use today. You can visit the dome (pictured below) for a self-guided tour. The tour is free but you have to register in advance to receive a timed ticket. I recommend securing your ticket online before you leave for Germany. If you don’t do that (I did not), you can visit the ticket building which is close to the Reichstag and secure a ticket for your visit. I found the self-guided tour to be quite good and very educational. I highly recommend a visit. 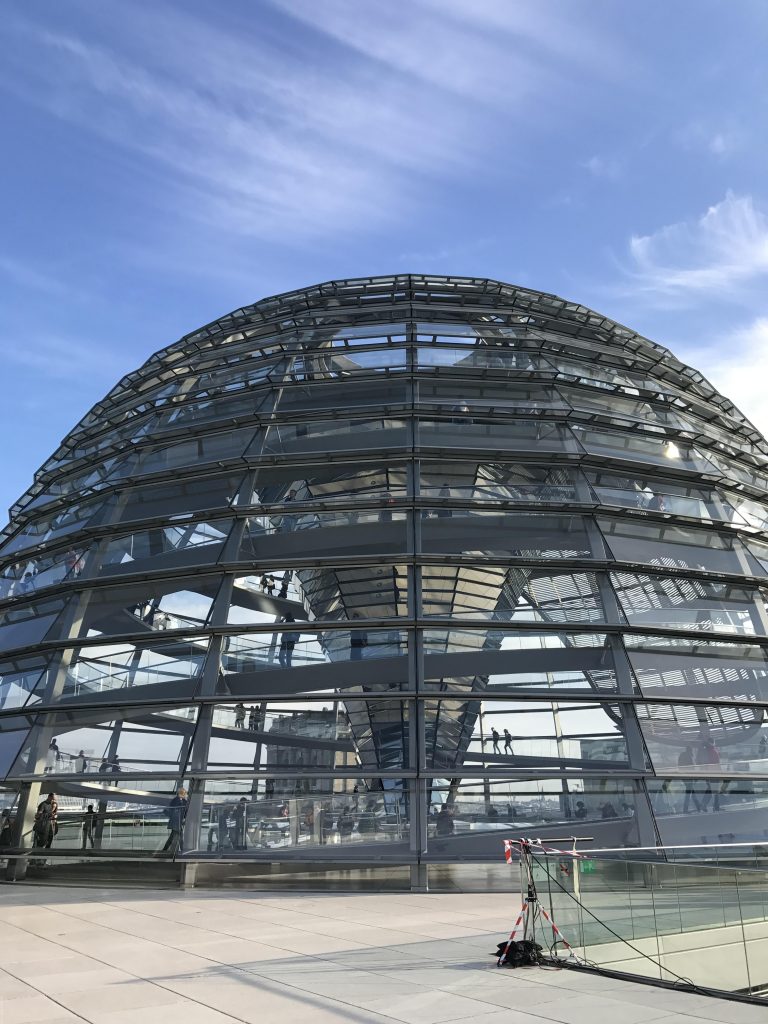 I found Berlin to be clean, easy to get around and a very fun city. There is SO much more to see and I would definitely enjoy going back to explore more. One of my favorite things was using the public transportation system and admiring just how dang old some things were – but then many things were new as a result of the war. Berlin is a city of constraints and I loved that aspect of it.