I am going to start this post off by clarifying the title – real title should be “When Posts Go Viral (whatever viral looks like in your world). For some, that looks like 100 hits on a post in one day. For others, that number is in the six figures. For me, viral means that a post has had unusual success on Pinterest and directed a crazy amount of traffic to my blog (the viral post has been pinned over 6000 times, which is pretty big for me). 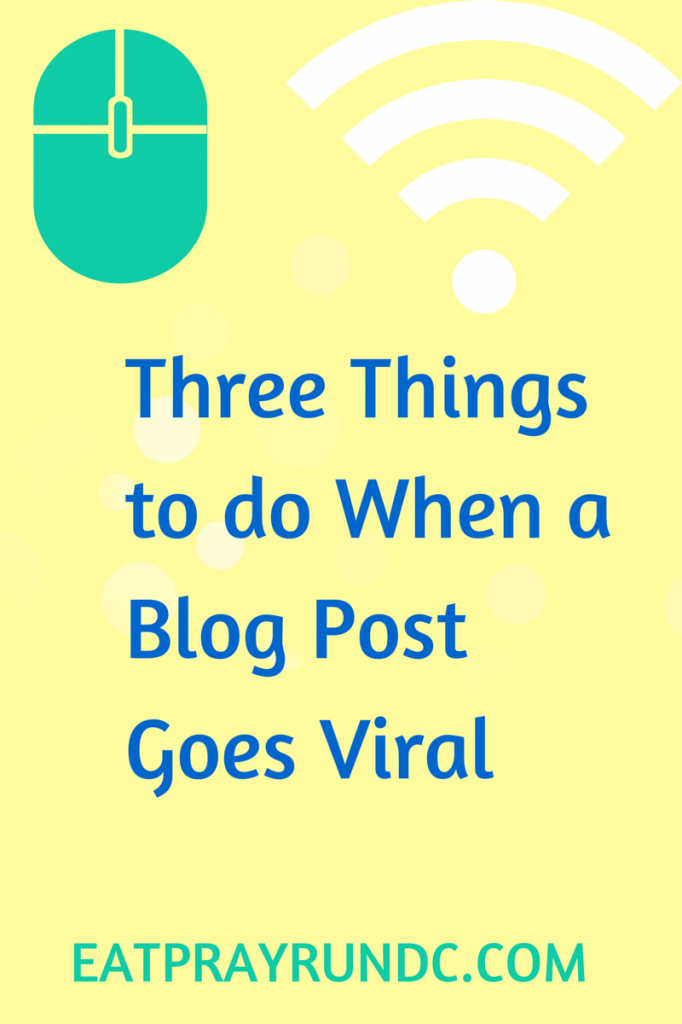 Last winter I wrote this post about how to handle running in cold weather. It got a little bit of traffic, but nothing crazy. I kind of forgot about it. Then a few months ago, all of a sudden my blog traffic spiked. I couldn’t figure out what happened and then tracked it down to that same blog post. It had gotten repinned on Pinterest and was getting a lot of traffic. After about a week, the traffic died down and my numbers spiked a bit, but returned to much more normal numbers. Then two weeks ago the same thing happened. This time around, I did a few things that I hadn’t done the first time around and thought I’d share what I did when my post went “viral.”

Have you had a post go viral? Did you do anything different?