A couple of weeks ago, I decided to run a small experiment. I wanted to see what would happen if I boosted one of my facebook posts. Basically, I was looking to figure out for myself if boosting facebook posts was something that would turn out being worth the money. I didn’t want to spend much for this experiment and I also wasn’t very patient – I only ran the ad campaign for two days. So, how was the process? And would I do it again? I’ll answer all those questions today in this week’s Blogger Tip Tuesday as I explore if boosting facebook posts is a yay or a nay. 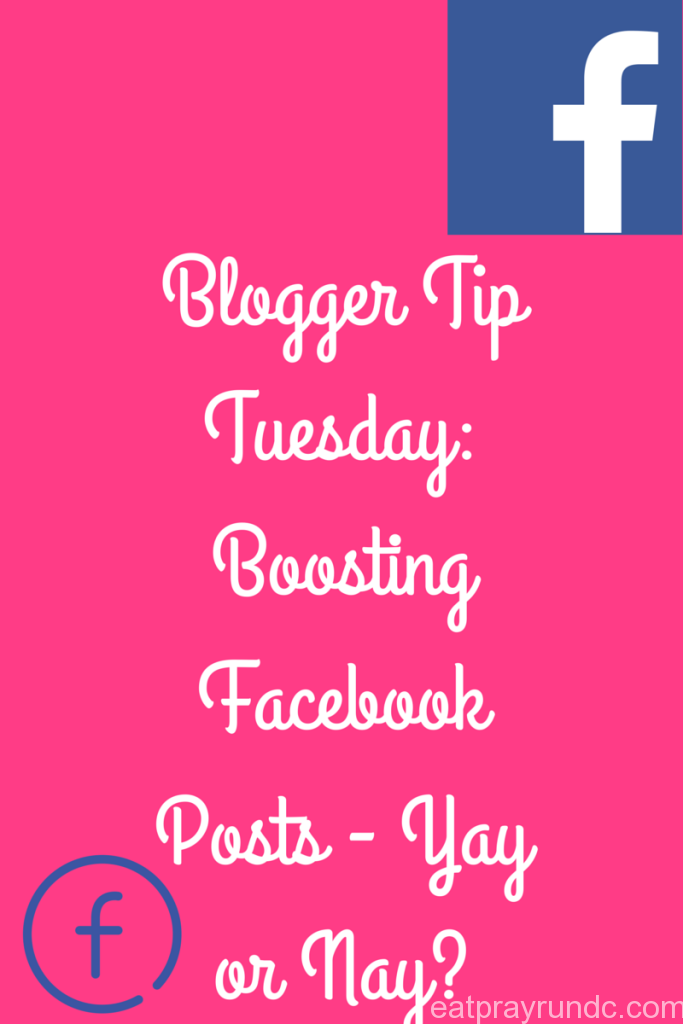 So, I was inspired to give this a shot by the book I’m currently reading How To Blog For Profit: Without Selling Your Soul

. The author, Ruth Soukup describes how boosting facebook posts might be worthwhile if you choose a post that is already doing well and have a clear goal in mind. The timing was right for me. My post breaking down a typical Pure Barre class was doing quite well on facebook and I thought I’d see how much I could increase it’s reach and if that would turn into tangible page views for the blog. So to get started you can click on “Ads Manager” on the left hand side of your homepage — this will take you through all the steps – you’ll choose which post to boost, how much you will spend, the time period, the audience (I boosted among people who already liked my page) and any restrictions within that. After a few clicks  – you are all set! It’s very easy to do and doesn’t take much time at all.

So, what happened when I boosted the post? Well, my goal was to increase conversion of facebook into blog page views. As you can see below, the post had a paid reach of 4,108 and there were 83 post actions (that’s likes, responses, etc.). There were 105 clicks on the post link, which translated into that Pure Barre post by far being my most viewed post of the week (and it was the second most viewed post of the month of January, which really says something considering it didn’t go live until the last week of the month). Altogether, there were 4,442 impressions from the post – which is WAY more than I normally get on a facebook post. When all was said and done, the $20 spent translates into a cost per engagement of .25. Which isn’t a lot. However, I don’t think I’d boost a facebook post again unless I were trying to sell a product (like an e-book or something). I think if you are just trying to get more traffic to your blog, it probably isn’t worth the money. While I did get a lot of traffic to that post, it wasn’t SO MUCH traffic that I’d just boost a regular post again. 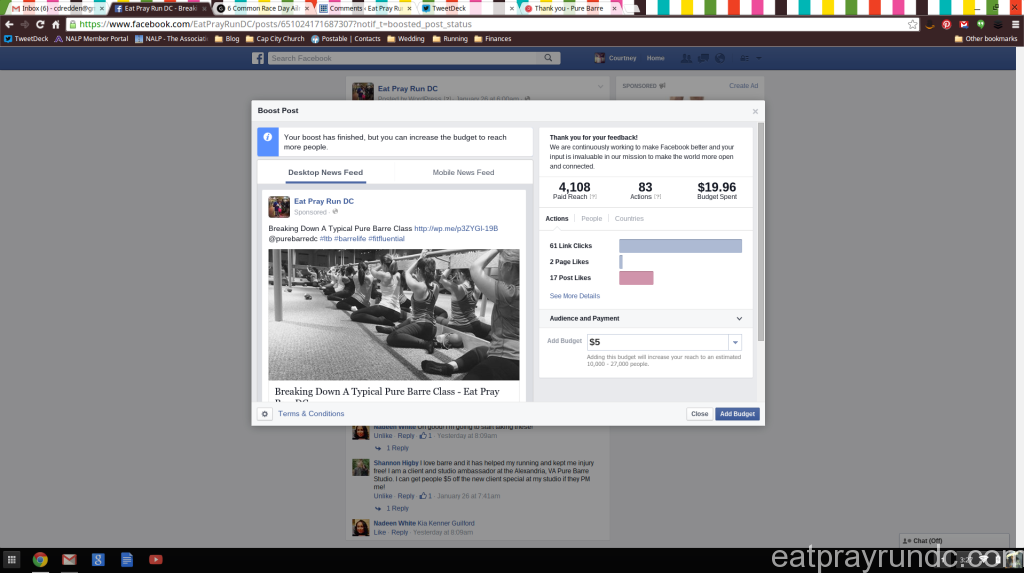