I love Twitter – it’s one of my favorite ways to connect and I’m on it pretty much everyday. I’ve shared some Twitter tips before (like how to use lists here and how to grow your following here) but thought it was high time to chat about some don’ts for Twitter. So today’s Blogger Tip Tuesday is just that: advice on what NOT to do on Twitter. I’d love to hear about things that you would like bloggers NOT to do on Twitter! 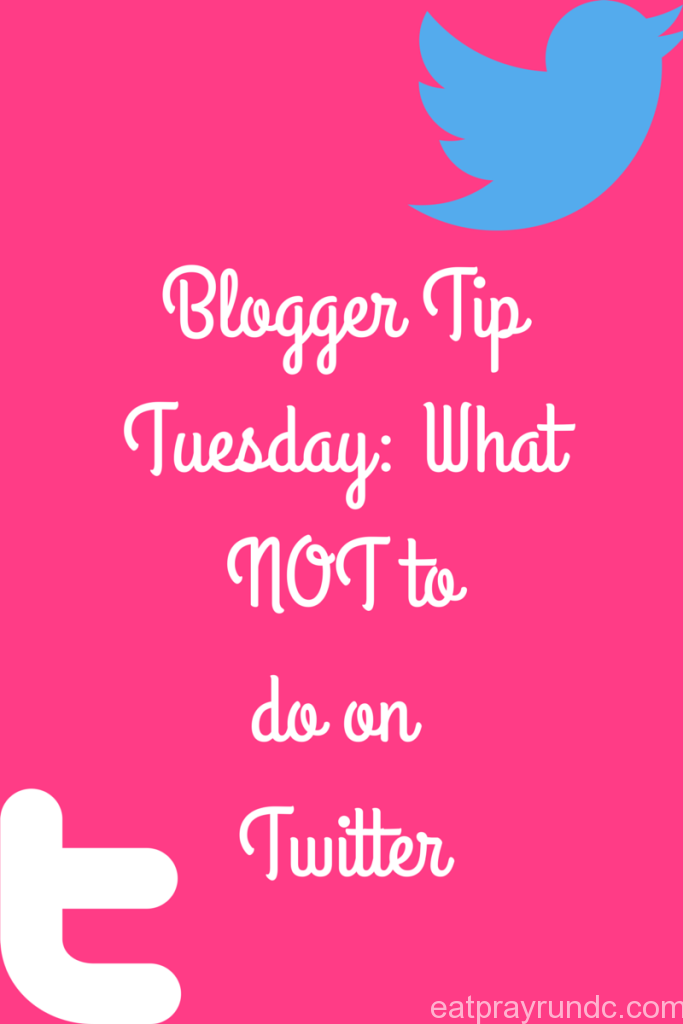 I won’t say who does a bad job at this because that’s unkind. However, I will shout out a few folks who I think do a great job on Twitter and who I enjoy connecting with on that platform.

Tara does a GREAT job at interacting and having her feed be a good mix of her own content, other’s stuff and just fun things.  Krissy is another blogger whom I’ve loved getting to know via Twitter and I love following her feed! Finally, I think lots of brands and companies have gotten really good at Twitter. One of my favorites to follow is Women’s Running Mag. They don’t just regurgitate the magazine, there are interesting tips, tricks, stories, and things that are relevant to runners. Love it.

Who do you think does Twitter right? What bugs you about certain feeds?