I’ve already shared some about the B.A.A. 5k and how awesome that race was and I’ve talked a little bit about great it was to spectate the marathon. But that weekend was actually jam packed with fun and I wanted to share my entire Boston Marathon Weekend Recap with y’all. 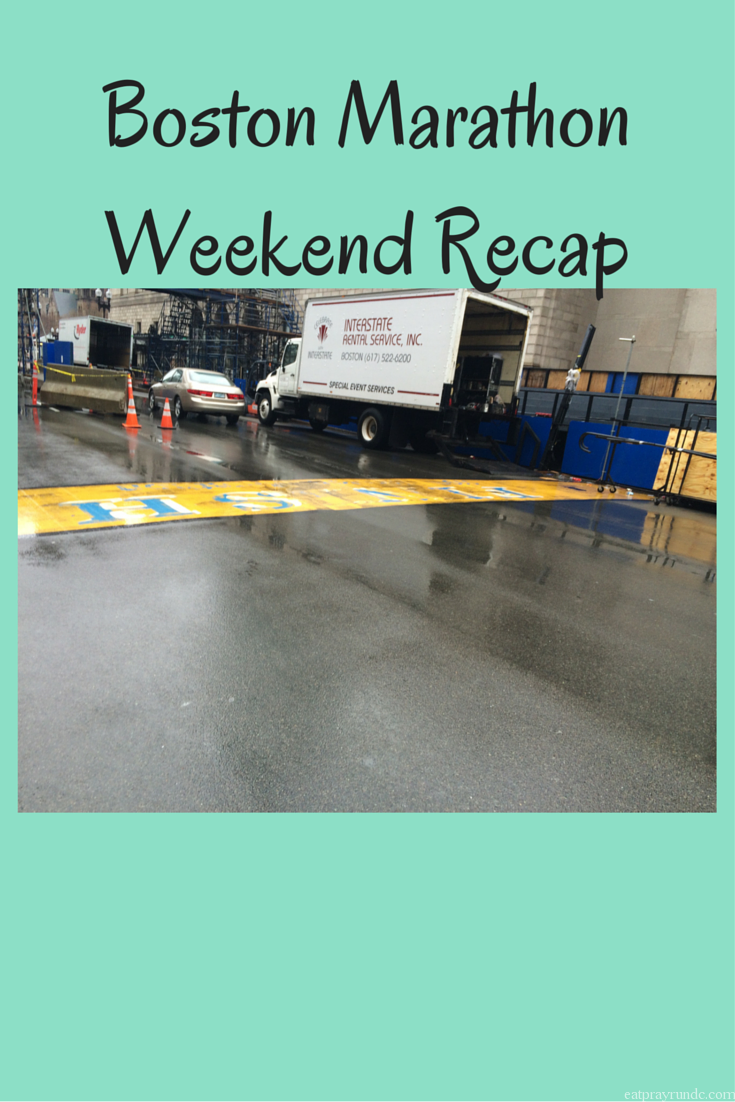 As you might remember, I’d been in Boston all week for a work conference. On Friday, after the conference ended, I switched hotels to one that was close to the start of the B.A.A. 5k and settled in for the night. I was absolutely exhausted and think I went to bed around 9pm. The next morning, I woke up and walked to the race. My race recap is here so I won’t rehash that.

Post race, we took a few Oiselle Team pics and then I headed back to hotel to pack up. My amazing teammate, Rebecca, was hosting Ashley and I all weekend and they swung around to pick me up after they ran a few cool down miles. We headed to the marathon expo and probably spent an hour or so wandering around – it was extremely crowded and so we didn’t linger too much. We headed back to Rebecca’s lovely home, just outside Boston and all three of us took a little nap. Rebecca is connected with a group of runners called Loopsters and they had a big group dinner in Cambridge that evening. Ashley and I happily tagged along. 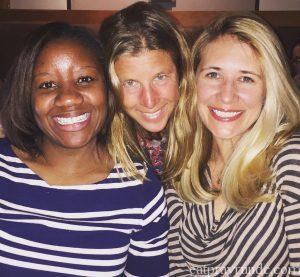 After dinner we turned in pretty early since Sunday was another busy day. We had a team shakeout run in the morning and our gals came out in full. It was so fun seeing birds I hadn’t seen in awhile and meeting some gals I’d hadn’t had the chance to meet. Then to top it off we had a lovely run followed by breakfast with a handful of the group. Rebecca had another breakfast so Ashley and I wandered around the city for awhile and ran right into our friend Kristen, who introduced us to her friend and colleague, Christy Turlington. Such fun! 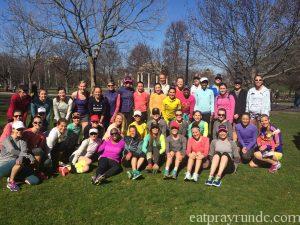 Next we headed back over towards the expo and had a quick lunch (I had to introduce Ash to Sweetgreen) before catching up with our friend Nicole. Then it was off to help Rebecca and her husband get ready to host 50 Oiselle teammates and their families for dinner. Yes, Rebecca is a saint. Keep in mind she was not only running the marathon the next day, she was guiding a visually impaired runner.  Amazing. We had such fun at dinner and it was awesome to get to spend time with so many friends and teammates. 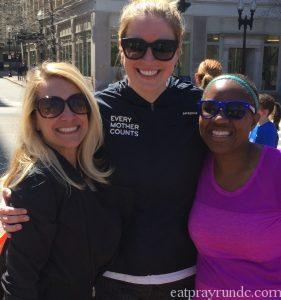 Of course, we turned in early again because we all had big days ahead of us. My time in Boston was such fun and such a joy. I’ve decided to make this an annual trip because it was truly the best experience. I highly recommend both the B.A.A. 5k, spectating Boston and just visiting the city in general. Ah-maz-ing!

Have you ever visited Boston?