This year was my 6th running of the Cherry Blossom Ten Miler (see last year’s recap here) and I was using the race as a speed check and workout while training for Grandma’s Marathon. My plan for the race was to run pretty fast – I was hoping for an average pace around 8:2o which would have been a PR. Spoiler alert – that did NOT happen. I had a very tough race and did not meet my goal. I was pretty disappointed but such is life. Here is my recap of one of my favorite races (even though I hated it this year, lol)! 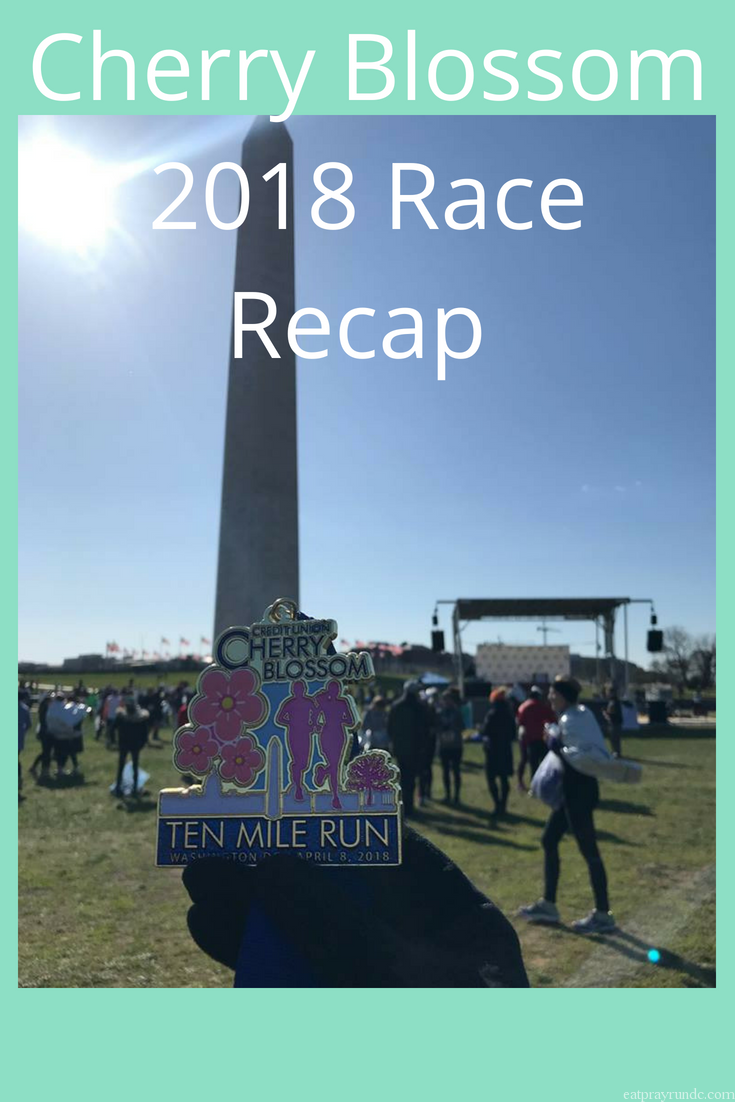 Miles 1-4 (8:42/8:28/8:29/8:31) I was hoping to run the first five or so miles around 8:30 and then run the back half as fast as I could. I generally did that – with a slower first mile due to the crowding on the course. However, those early miles felt very, very hard. I was really working for the 8:30 pace – which should be hard but not ridiculously hard. It felt ridiculously hard. Sometimes, though early miles are liars so I thought that maybe it would get better throughout the race. After all, I love the ten mile distance and love Cherry Blossom!

Miles 5-8 (8:24/8:30/8:31/8:46) Yeah – so it did not get better. I started to feel sick to my stomach and actually got a little sick while running. I just felt totally awful. I am still not 100% sure what happened but I think my nutrition was just off. It was just not my day. I got progressively slower and slower and honestly wanted to stop running.

Miles 9-10 (9:00/9:02) I literally felt like I was running 11 minute miles so I was surprised that I was still around a 9 minute pace. I just felt awful and unhappy and was ready to be done. Finally, the finish line was in sight and I crossed at 1:27:14. This was my second fastest ten miler but definitely my worst experience. I love this race but once I started to feel bad, I just wasn’t in it.

I was really disappointed after the race that I was so far off my goal. I texted with my coach some and felt bummed, but then I got over it and moved on. The next morning, I put on my sneakers and went for a run. Because that’s life – sometimes it is your day and sometimes it is not. I still love the ten mile distance and this race and can’t wait to run it again next year and get the PR I missed this year! 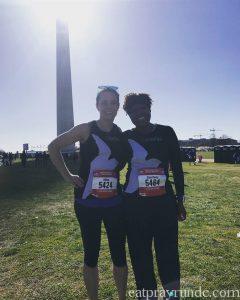 How do you regroup after a tough race?