This past week was my first week formally training for the Cherry Blossom Ten Miler (even though I’ve been running consistently all winter) and this is my first training recap. This week, my plan was three easy runs and a 10k on Sunday. Read on to see how the week shook out.

We had more snow this week, so things shifted around, but I still ran three times. On Monday, I was planning on run and go to Pure Barre, but I had a really busy day at work and so just went to Pure Barre. Tuesday, I ran to meet Mar and Cynthia for lunch downtown.  I added in some fartleks to the last quarter mile of my run. Partly because I wanted to do some speed work but partly because it started to sleet on my run over! Per usual, we had a great time catching up and planning for the Friday Five. 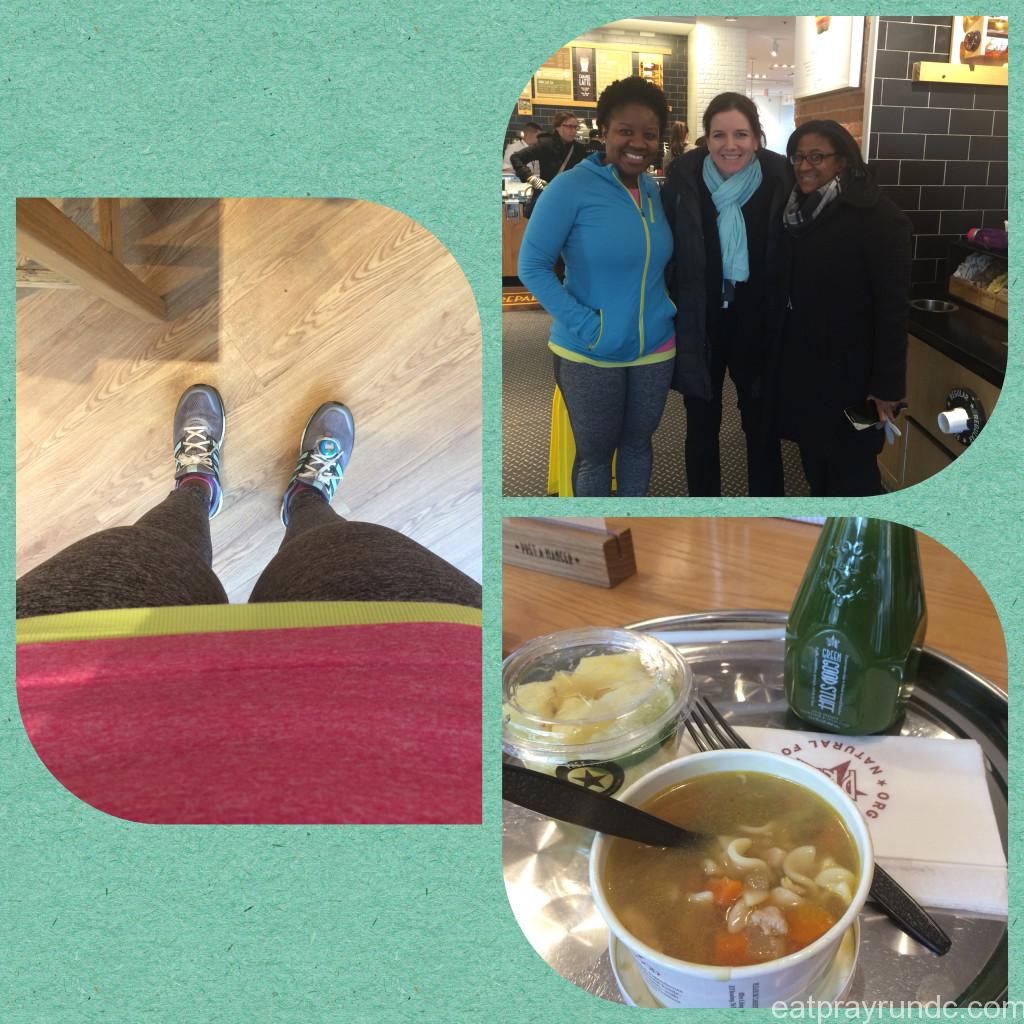 Wednesday I went to another Pure Barre class and continued my trend of sticking with heavier weights through the arms portion of class. Thursday morning, DC got what I hope is our last snow of the season. However, I was scheduled for a noon Pure Barre class and the snow was still pretty light in the AM, so I ran 1.25 miles to class and then ended up running three miles on the treadmill later that evening. Friday, I walked a mile in the snow to Pure Barre. Saturday was a Pure Barre day and Sunday I raced a local 10k (recap this week).

Grand total of 5 Pure Barre classes, three runs and about 15 miles. This was a solid week and though I will talk about this more in my race recap, I felt really strong during the 10k. I’m working on putting to use what I’ve learned in PT and applying it during my running. I also think that all the Pure Barre is starting to really make a difference in my core strength.

I’m linking up with Tara‘s weekend update even though this is more of a week update but I hope she doesn’t mind. 🙂