Girl Boss. Lady Boss. {some word indicating the female gender} boss. Ugh. I’m not a fan. I know the phrase gained some traction with the wildly popular Sophia Amoruso book (which, to be fair, I have not read). I think the concept is fantastic. The phrasing is disappointing and I hate seeing “Girl Boss” everywhere. I know. I’m a huge downer…but I have some reasons for this! So I thought I’d put them in a quick post and see if anyone else agrees with me about the phrase “Girl Boss.” 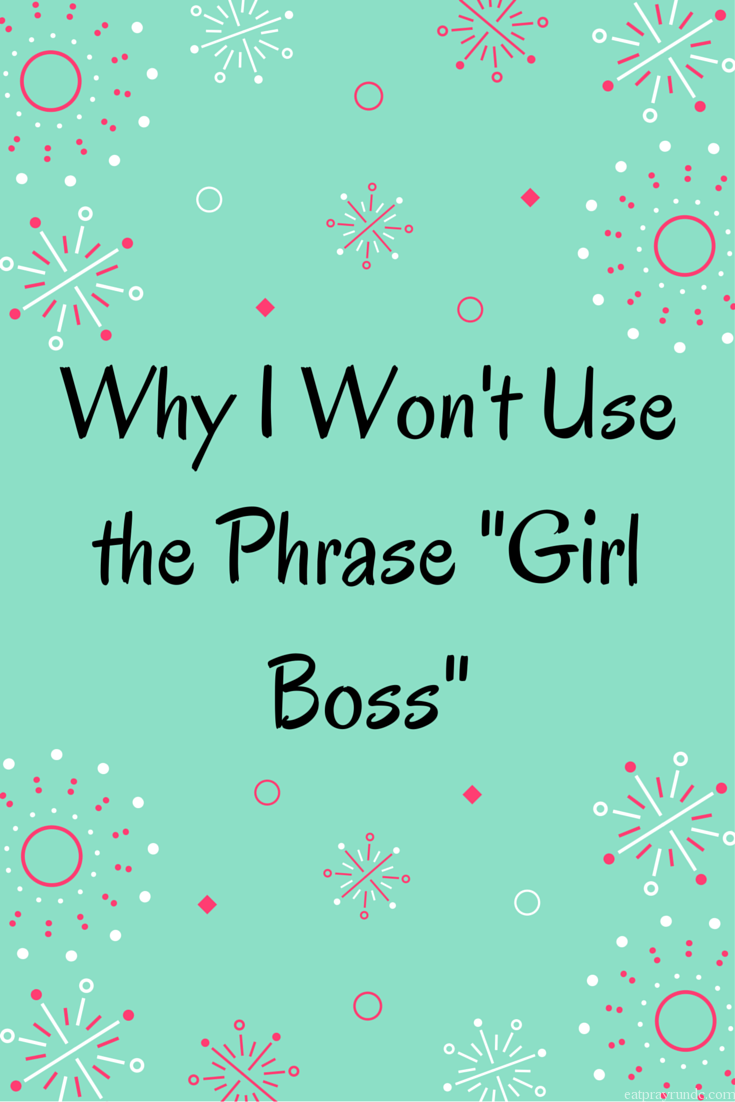 Let’s break it down. When you use the phrase “Girl Boss” or “Lady Boss” or any version of that it implicitly implies that a girl (or a lady) has to have a special title – instead of just being called a boss. Why would we want to create this whole category of women who are already facing an uphill battle by specifically giving them a title that calls out that they are inherently different from their male counterparts? I don’t need to be called Girl Boss. Just call me Boss. What’s next? Are we going to start calling female doctors Girl Doctor instead of just Doctor? Or Girl Lawyer? The addition of the word “Girl” before the title is unnecessary, and I would argue, demeaning.

I know, I know. I’m reading way too much into this. That may very well be true, y’all. But when do you ever see a man described as a Boy Boss / Boy Doctor /Boy CEO / Boy Lawyer? That is almost laughable because it just never happens. The thought it that you don’t need to specify because the default is a man. But for a woman, the phrase has to be defined. Not.a.fan.

edit: I’ve really enjoyed the conversation surrounding this. For a different take from a woman that I respect SO much, go check out this blog post. I completely understand this viewpoint. What do you think?

What do you think? I am overreacting?

This post contains affiliate links, which means that if you purchase anything linked in the post, I will receive a (very) small commission which helps support the blog. Thanks for your support!