Happy Friday! For this week’s Friday Five, I was thinking about five cities I’ve run in during 2016 so far. If you count DC, I think I’ve run in six states this year (VA, NC, MD, DC, Illinois and Massachusetts) and we’re just getting into May. Later this month, I’ll be heading back to North Carolina for running camp and that’ll involve a lot of running in a new-to-me city. But for this week, here are five cities I’ve run in during 2016. Don’t forget to check out Cynthia and Mar and some of the other folks who link up with us – and please don’t forget to link to your hosts if you are participating! 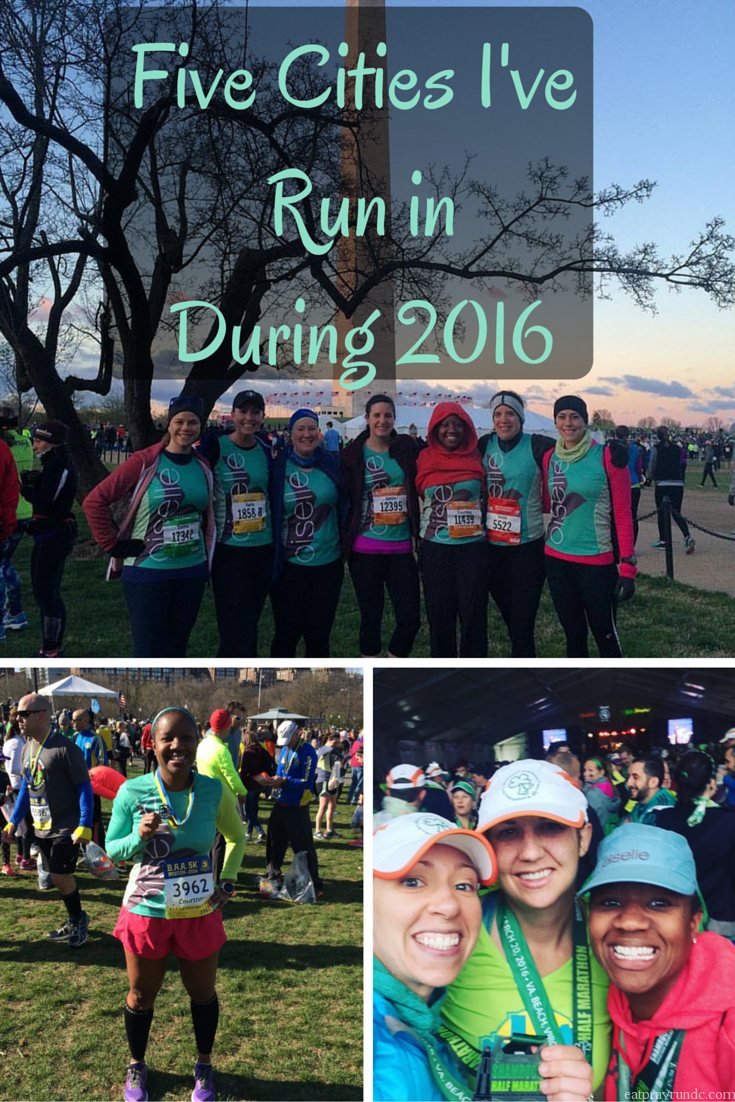 Where have your run this year? Who’s racing this weekend? 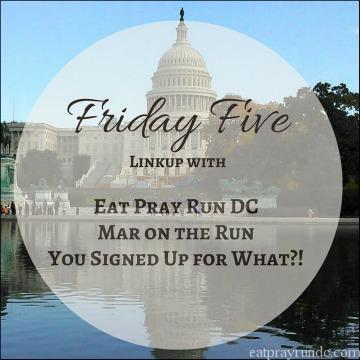