Awhile ago, I signed up for an early March 10k, thinking it would be fun to race in warmer weather and it might be a great chance to PR. I promptly forgot completely that I had signed up and went on with my life. I realized about a week before the race that I was signed up and was tempted to bag it because I’m just getting back to regular running and didn’t want to go too hard, too soon. Spoiler alert: I obviously ran the race and had a great time!

The race started early at 8am, which felt EXTRA early since we had sprung forward and lost an hour of sleep. I almost just slept in but then remembered that I actually DO like to run (almost as much as I like my warm bed) and also that Jenny was volunteering. I had no intentions of racing this – I just wanted to get the mileage in and work on putting some of my PT lessons into practice. The weather was great – no jacket or ear covering needed and I probably would’ve been okay without my gloves, but I was glad I had them (especially at the start). The race was a loop and we were to run the loop five times. The fun thing was that Jenny was on the course, so I got to see her at the start of each new lap. Jenny kindly was my sherpa and held my water bottle for me after I decided I didn’t want to race with it, but didn’t want to walk through the ice covered parking lot back to my car to stash it. Thanks Jenny! 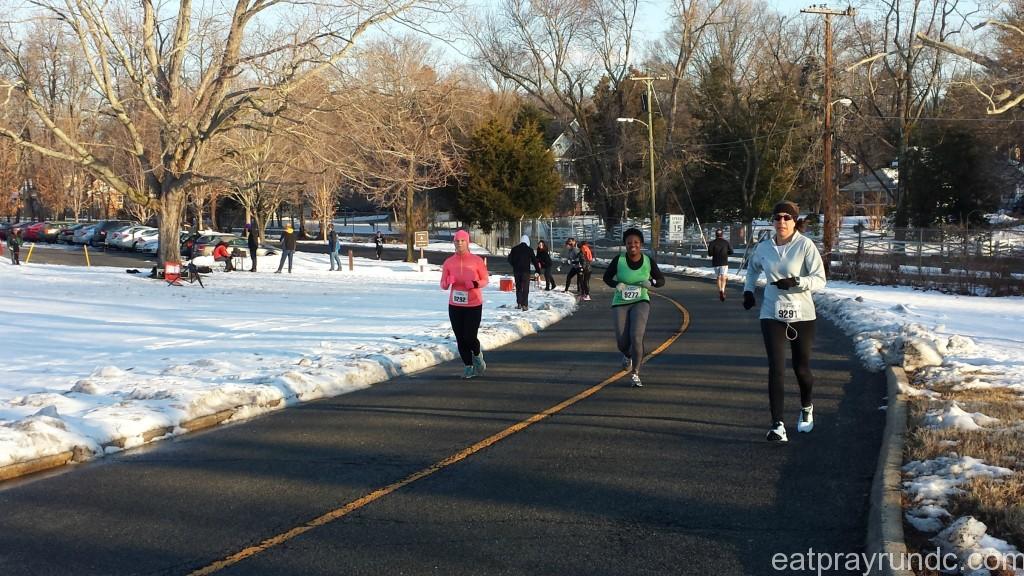 I had no times goals for this race and because I don’t run many 10ks, I had a 10k PR of one hour and sixteen seconds. Those sixteen seconds killed me and I really wanted to go sub 60, but I wasn’t anticipating that would happen on this course. The loop was mostly flat, with a couple of small inclines but I didn’t mind them. More bothersome were the two spots of black ice on the course. However, after identifying the icy spots during the first loop, I was prepared to avoid them. Here were my splits: 9:07/9:13/9:19/9:09/9:14/8:55/9:00 for the last .2. I felt pretty good all throughout the race and once I saw the first couple miles, I knew I was going to PR. It started to hurt about lap three (my slowest lap at 9:19) and I focused on my form and doing what I know I should be doing during runs – running tall, falling forward a bit, using my glutes, etc. On the last lap, I could hear a couple of ladies behind me and I felt like they were going to make a move to pass me and all of a sudden, that thought kicked me into high gear – hence the 8:55 mile. I’ve never seen an 8:xx mile before in a race that was over five miles. My final official time was 56:48 – a PR of over 3 minutes! 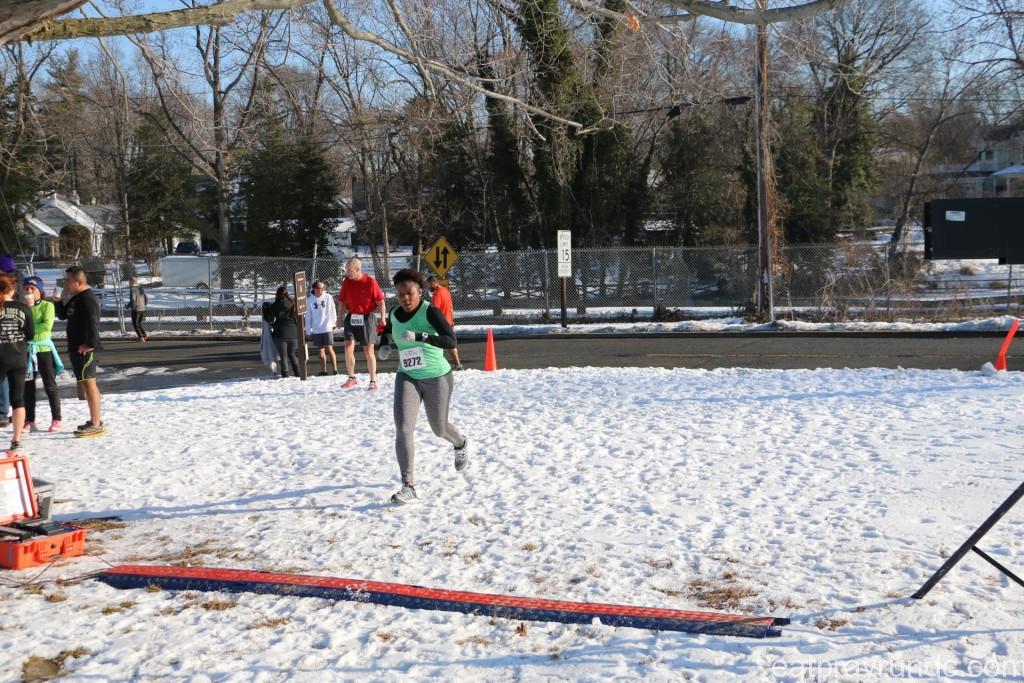 My form was clearly not great in my finish line picture but to be fair I was running on snow! I am really happy with how I ran this race – yes, with the pace but more so with my mental approach to the race. I have always had a bad habit of giving up the race when it gets hard – of just letting myself back off because it hurt. I’ve been working for over a year to avoid doing this and while I think it’s something I will always struggle with, I’m really proud that not only did I NOT give up the race, I pushed myself harder. To me, that’s the real win of the day.

How does your mind affect you during races?