A few weekends ago, I ran Pacers’ Freedom Four Miler. I planned to use this race as my speedwork for the week and the race took place the day after a rainy 11 mile long run, so I did manage my expectations. Going into the race, I wanted to run an average pace around 9:20. Spoiler alert: that did NOT happen. 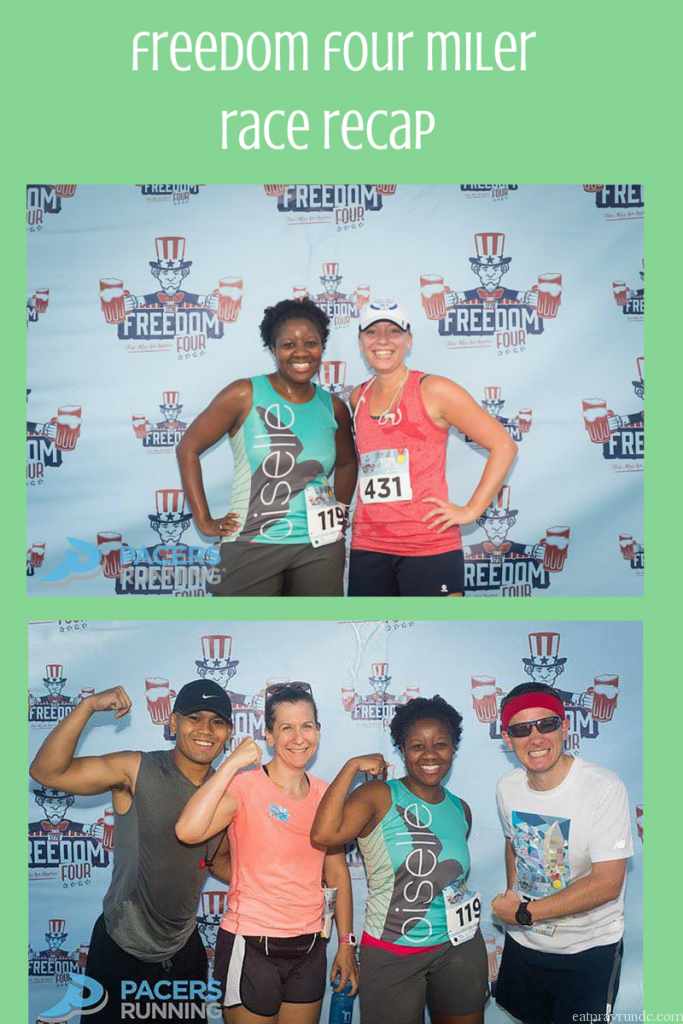 Real talk, this recap could just be called “A Lesson in How NOT to Race” and that would be an accurate description. But I’ll give y’all a bit more info than that. Before the race, I met up with a couple of my marathon training group buddies for some photo opps. They are all much faster than I am so I made plans to see them post race.  This particular race starts with a one mile downhill before flattening out for a mile before the turnaround. Of course that means that the last mile is a steady uphill. I stupidly thought that wouldn’t be a problem for me. HA! It was. 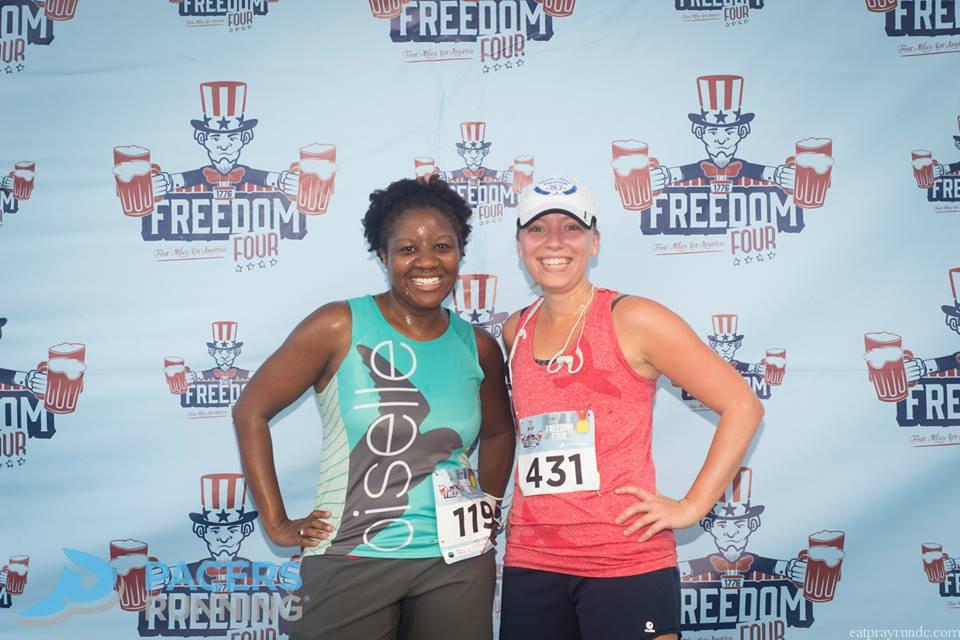 I started out with a solid 8:52 pace on the downhill and settled into the low 9:xxs for miles two and three. I even ran into my Oiselle teammate Kathryn during mile two! And then the wheels came off. I’m not sure what happened, but basically I just was over it and kind of gave up. I walked up that hill probably three times. I can’t recall the last time I walked in a race that wasn’t a marathon and after walking the first time, I was really dispirited. It just sucked in terms of my mindset. My head clearly wasn’t in it and that was the most disappointing part. Yes, my legs were heavy, yes it was a tough hill (everyone around me was walking as well), but I don’t believe in excuses. I just kind of gave up on myself and that is disappointing. That last mile was almost two minutes slower than miles two and three. Yeah. I completely blew up in that race and it’s an experience I’d rather not repeat.

So lessons learned? I need to focus more on being mentally strong. I worked on this a lot last year and clearly need to revisit that. On that end, I’ve been working on fast finishes on longer runs and am going to continue to work on my mental game. Sometimes you have a bad race – but you gotta move on. I’m over my disastrous finish in the Four Miler (which was otherwise a super fun race!) and ready to tackle the rest of my training.

How do you react to a bad race?