I don’t review a TON of products on the blog but I am so in love with my new Garmin that I had to share the love with y’all. (note: while there are a couple affiliate links in this post, I was NOT compensated to write this, bought my new Garmin with my own cash and this is in no way a sponsored post). Thus you have my Garmin Forerunner 220 review – I hope this helps any of you on the fence about  a GPS running watch! 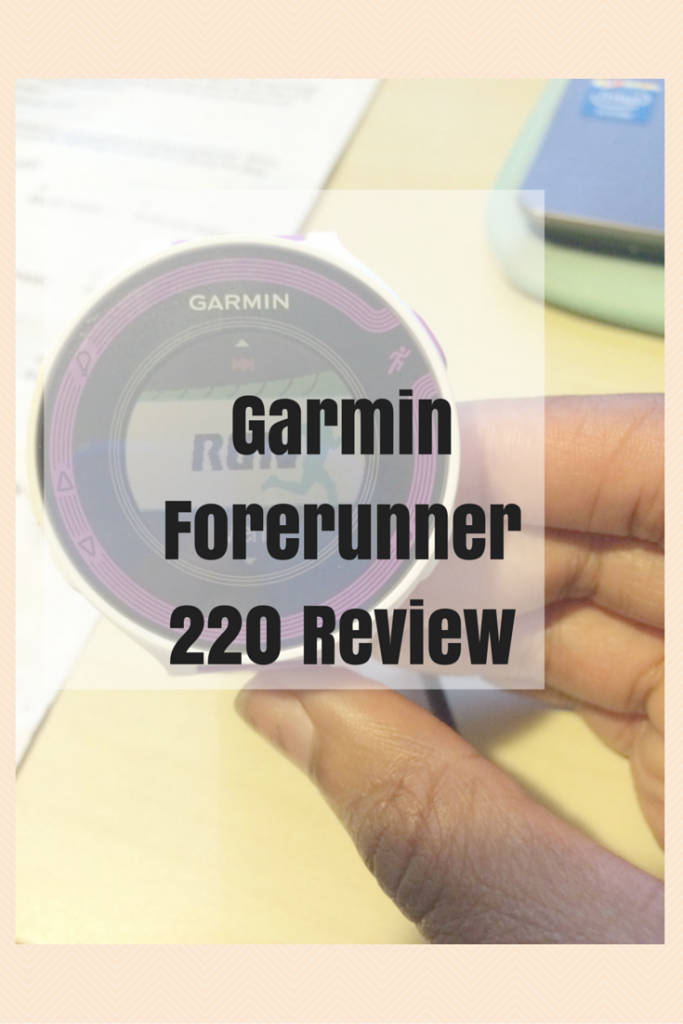 About a month ago I started having problems with my Beloved Garmin Forerunner 10. It would not catch a GPS signal – sometimes it would take ten minutes, sometimes it wouldn’t catch a signal at all. After a couple weeks of this, I knew I had to upgrade myself. I debated the 620 or the 220 but in the end, I chose the more reasonably priced Forerunner 220. I ordered on Amazon and my new shiny watch showed up two days later (love love love Prime membership!).

Once I got the watch out of the box, the instructions were pretty simple. I charged it up (it took about 1.5 hours to fully charge it – so quick!) and then took it to the Crystal City Friday 5K to test it out. 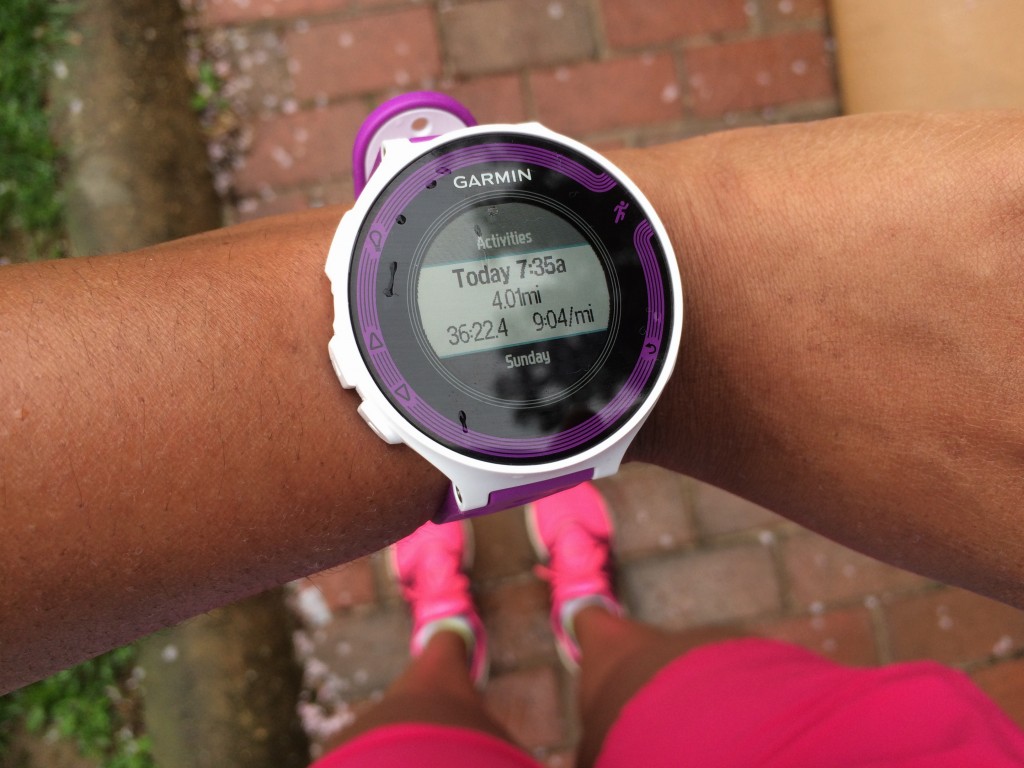 What I noticed immediately was that I got a GPS signal before I left my house. Yes, you read that correctly. I noticed that I had a signal while I was still in my bathroom. It was then that I knew I’d found the watch for me. I headed off to the race and once I arrived, I set off to do a quick .25 mile warm up. I simply hit the “run” button on the watch, the signal was instantly ready and I took off. One thing I noticed that was different than my Forerunner 10 was that on my new Forerunner 220, the default screen for what you see during your run includes time, distance and pace. I found that so helpful since on the 10, all you saw was time and distance – meaning I always had to estimate my pace using math (which isn’t that hard but after about three miles, I become run dumb and can’t do any math). It was so easy to use and just really fun.

However, the real fun began after the run. I downloaded the Garmin Connect app to my phone and learned that the Forerunner 220 wirelessly syncs up to your phone after runs. OMG. I HATED always having to connect my Garmin  to my computer to load up data. Well, I don’t have to do that anymore. AND it also wirelessly loads the run to Strava! I have no idea how, but I don’t ask questions when it’s a good thing. And that is a very good thing. Finally, if you look at your run stats, you will see that the watch tracks your cadence! That is awesome (and discouraging because my cadence has slowed – but that’s a story for another day) and I appreciate the data.

I know that there are many more features that I haven’t explored yet (including being able to track treadmill runs – say what???!) but my needs are pretty simple so I didn’t want to wait to post this review because who knows if I’ll ever use some of the fancier features. But I’m dang happy with the ones I’m using – particularly the ease in getting a signal and the wireless sync up of my runs.

What do you wear to track your runs? Ever tried a Garmin?