Editor’s note: I am off on my honeymoon and have some amazing guest posts lined up for you guys. Today, Elena from LiveDoGrow is sharing about how the marathon is about more than just finishing. I love this post and know you will as well! 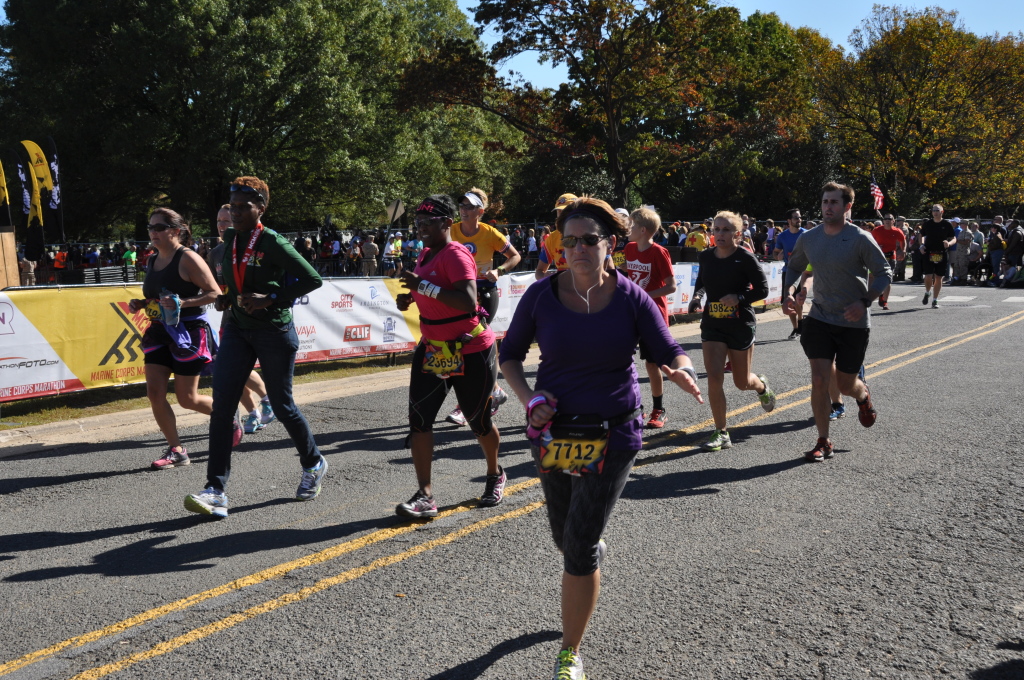 As the encouraging Marine placed the heavy metal around my neck, the well of tears behind my eyes was ready to burst. “Congratulations, Ma’am” he cheered, but his eyes questioned the look of mortification on my face. “Are you alright Ma’am?”

Walking through the hoards of marathon finishers grabbing bananas, granola bars and bottles of water –I did my best to keep my head up, to keep moving. But really, I just wanted to cry. My third marathon was in the books, but instead of being overwhelmed with pride, I wanted to stomp my feet and cry.

By the time I found my family, my ten-year-old daughter hugged me and told me that she was proud of me. My parents and my husband on the other hand, knew by my expression that I was less than content with my finish. Granted, they had known something was wrong at the 16 mile marker where they stood expectantly, waiting to give me a bottle of water that I’d carry for the remainder of the race. Gone was the smile and pep in my step that they had seen at mile 5 and 11, replaced instead with frustration.

Later on in the day, alluding to a disappointing finish on Facebook, friends supported me in disbelief.

“You are amazing. You just ran a marathon. Celebrate.”

“You just rant my commute to work. RAN it. That is inspiring.”

And yes, I did finish. But here is the thing. I never doubted that I would finish. It is a bit like when I was being treated with chemotherapy for my non-Hodgkin’s Lymphoma 16 years ago. I never really even pondered the possibility of death. Could I have died? Sure. But it was never a thought that I allowed myself to give credence to – a bit like the idea of not finishing the marathon. I had already finished two marathons in 2001 and 2002. This race was about more than just finishing.

You see, running is indeed a very personal thing that for better or worse – goes back to when my oncologist explained my chemo-induced lung damage by saying that I would never run a marathon. While proving him wrong was my goal in 2001, my goals have changed…and this was a year where my goal focused on finishing in under five hours. The bottom line as I crossed the finish line was that while I could live with not even coming close to my time goal, I could not stomach the fact that I did not feel mentally strong.

Left with my thoughts after the marathon, I forced myself to focus on the good. Yes, I had overcome bursitis of the hip and an IT band injury that sidelined me for six months. Yes, I ran a great first half of the marathon. Yes, I finished without any pain in my hip. The Monday morning quarterback in my head started to pinpoint where things went wrong during the race: not drinking enough water in the first six miles and going out too hard (also in the first six miles). More than

anything though, I realized that my fabulous training season lacked one major component: mental strength.

While I dutifully logged my long runs, speed workouts (ok, I could have pushed more on these) and maintained strong nutrition and hydration habits – I had left out the mental exercises that would help me when the many variables of 26.2 started to play tricks on my mind. My body and legs never had a chance because my mind never did the work necessary to dig deep when needed. 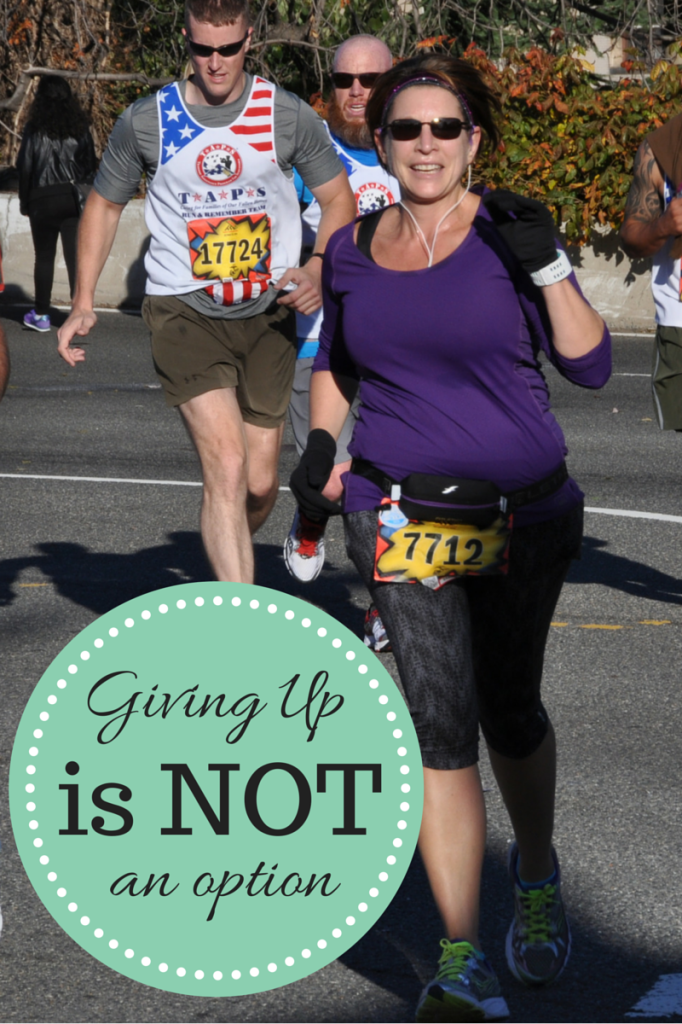 So I did what any crazy marathon runner would do. I registered for another marathon – the Humana Rock’N’Roll San Antonio Marathon, on December 7. A redemption race of sorts – with six weeks for recovery and continued training – where I would use the many months of base to try again. Except that this time, as my feet cross the starting line – I will be armed with new (and realistic) goals and a more developed mental fortitude. And if by chance you are running the same race, and pass a woman repeating things like “I finish what I started.” Or, “I am and always will be a survivor.” Or “Giving up is NOT an option.” — please just smile and nod.

Elena spent twelve years teaching children to chase their dreams before finally taking her own advice. Elena writes about finding everyday wellness in far-flung lands and your own backyard at LiveDoGrow.com. Follow her on Instagram.