This post first appeared on Women’s Running, but as people get into their training seasons, I thought it was worth sharing it here as well. 🙂 I probably should’ve read a post on how to train with a loved one before K and I decided to “train together” last summer. And yes, the quotation marks are warranted. Trust me. 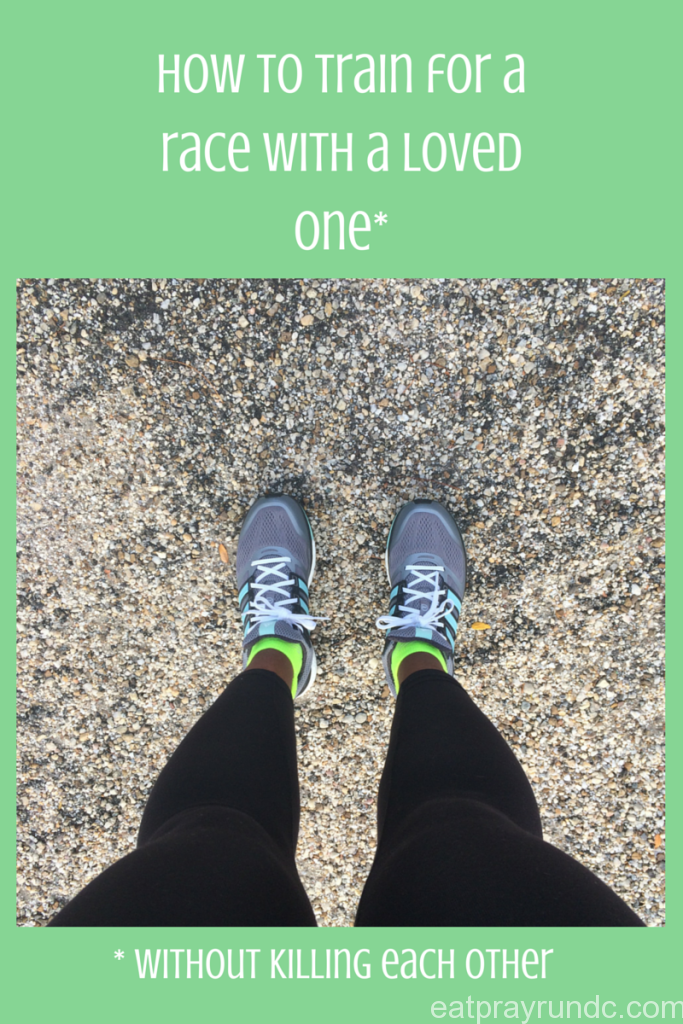 Shortly after getting married this past summer, my new husband turned to me and said “I think I want to run a marathon.” I was pretty sure he wasn’t serious, so I just went about my day. Except when I brought it up a few days later, he said he was in. I was taken aback. He’s run exactly one half marathon, and expressed no interest to do it again. But I was excited. Excited is probably a bit of an understatement – I was like a kid in a candy shop. I instantly pulled together training plans, strategies and started dreaming about how we’d cross the finish line of his first marathon holding hands. Well, we did end up crossing the finish line of his first marathon holding hands, but getting to the finish line nearly ruined our marriage.

Okay, that was dramatic and untrue. However, the marathon was a point of contention and tension within our marriage up until race day. I hope you all can learn from me and avoid this if a loved one ever tells you that they want to race with you. The main thing I learned was that I couldn’t expect that my guy would have the exact same experience with running that I did. I expected that he would be diligent about his training, grumbling but getting it done. We would commiserate over long runs and ice baths and compression socks. That just was not the case. My husband likes running 3 miles – any more than that and he’s just not into it. Needless to say, marathon training was not his favorite. He also hates waking up early, and I’m a morning runner. We pretty much never ran together because I was religious about my Saturday morning long runs. Meanwhile he would wait around until late Sunday afternoon and fit in however many miles he had time for. It drove me insane and that’s simply not fair. You can’t get mad that someone else’s idea of training isn’t the same as yours.

Following along the same lines, don’t be judgmental about a loved ones training. Because my husband was not really that into the training, he skipped a lot of runs. I found myself silently (and sometimes not silently) passing judgment on him. That is something I would never do for any other running buddy, but it came easy to me because it was my husband. (How backwards is that??) When people would ask me how his training was going, I’d say something like “Well, he’s not really training…” I’m embarrassed now to think about how rude I was. I finally realized that I had to stop taking his lack of interest in the marathon as a lack of interest in me. It was not that at all. He just didn’t love training for a marathon. That’s it, plain and simple. Once I was able to take a step back, I could separate the two. We made it to the finish line with our marriage intact. And you know what? He now wants to run another marathon! I have already promised I won’t judge this time around. 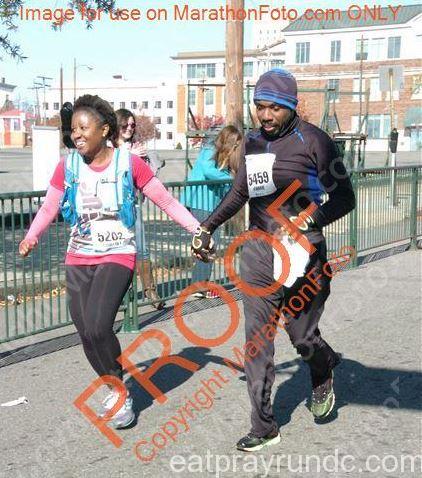 Have you ever trained for a race with a loved one? Did you both survive?