In 2016, I managed to set a personal record in just about every major race distance. Looking back on the year, I realize I have learned so many lessons while setting a PR in the 5k, 10k, 10 miler, half marathon and full marathon. I should note that I don’t usually race for PRs. I usually have a couple of big goal races during the year and then just race for fun. 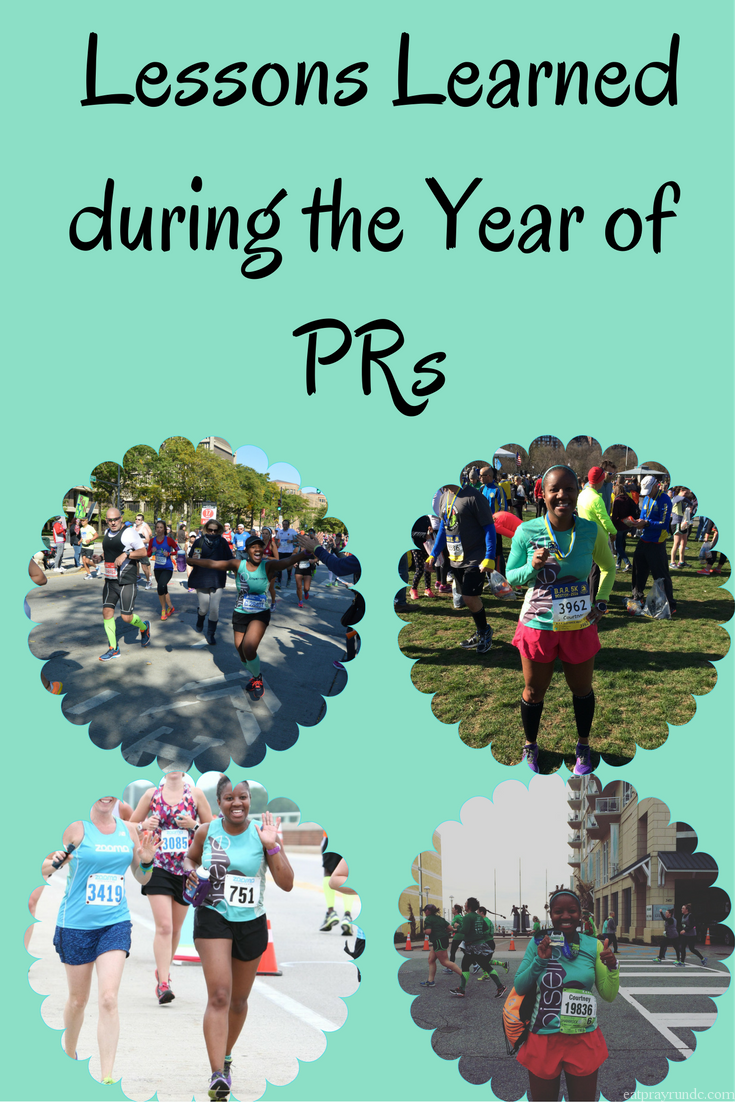 I set personal records in the 5k, 10k and ten miler when I was not attempting to. For each of those races, I was in between training cycles and just running a race for fun. I finally realized that the fitness I had built up during my training was still there. I think I actually underestimated my fitness a couple of times. Not to say that I would’ve tried to go for PRs – but what I thought I’d run in each of those unexpected PRs was way slower than what I actually ran.

This goes along with my first point. I’m a huge believer in taking a break between training cycles (I wrote about this for Women’s Running recently). I know that there is no way I could work as hard as I do when I’m in training if I didn’t take a break afterwards.

I shared some about the Hanson training method. It wasn’t easy and I loved it. One of the things that was key in my success this year while using the Hanson Method was understanding and learning that when I’m supposed to be running hard, it was going to be…hard. That sounds simple but it was one of many profound lessons I had to learn. I used to judge my workouts by how I felt while doing them. If I felt “good,” then that meant the workout was a success. That was not the case this year. Once I got into the meat of my training, I rarely felt good during workouts. Heck, sometimes I didn’t feel good during easy runs. The plan is based on cumulative fatigue and so if every run felt great, I probably wouldn’t have been following the plan closely enough. I learned to embrace the fact that these hard runs were going to be hard and measure my success by completing the workout at the desired splits, not by how I felt. It was critical in my mental state during training.

On the flip side, I had always thought about easy runs as being runs that felt seamless. That was just not the case with my training this year. Once I got into the 40 and 50 mile weeks, my “easy” runs were anything but. My legs were just tired and that was true during these easy runs. I learned that easy really just means that the pace is an easy pace, not that the run feels easy. Were there days that running felt effortless? Sure – but only a few, to be honest. And that was okay – it didn’t mean that I wasn’t fit or that I wasn’t working hard. In fact, the exact opposite!

I am working on a post with what 2017 will look like for me, so be sure to check that out soon. In the interim, tell me – what lessons about running did you learn this year? Also be on the lookout for the 2016 Year of Running Link Up to go live on Sunday!