Last weekend, I became a triathlete*. I say that with an asterisk because I competed in an indoor triathlon that was only an hour in duration so I’m kind of like a quasi triathlete – and I’m cool with that. Man, I respect triathletes. You know, how you think you respect someone and then you get a tiny taste of what their life is like and you’re all “dang, I REALLY respect you now?” Yeah, that’s how I am with triathletes. That mess is hard, y’all. But I lived to tell the tale and so here is my Lifetime Indoor Triathlon Recap. 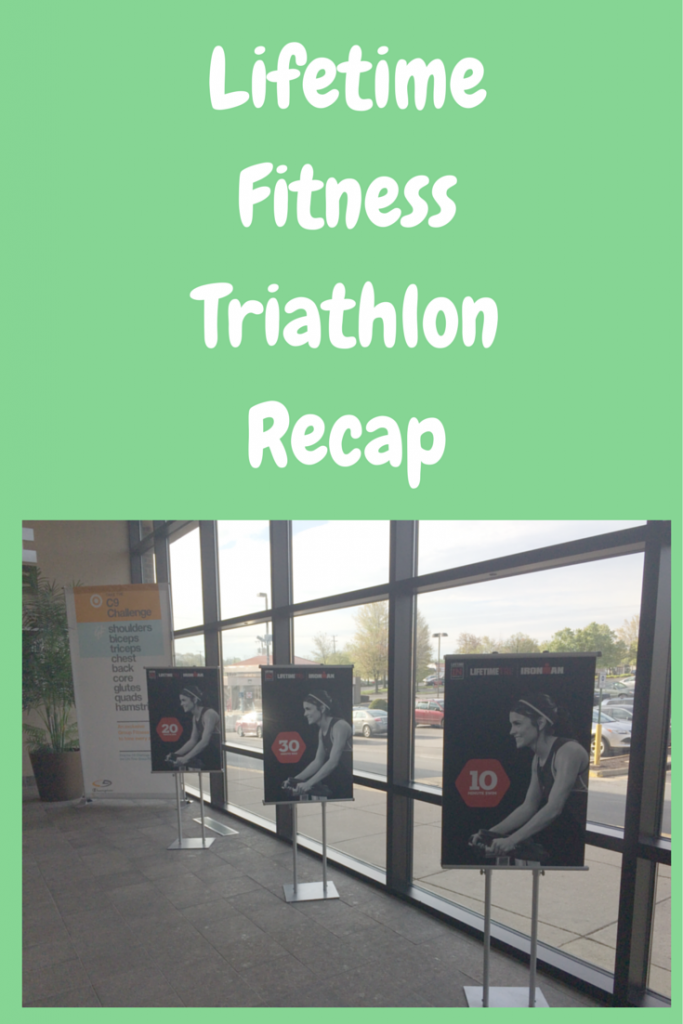 The whole concept of this particular indoor tri is that it’s time based. Athletes swim for ten minutes, have ten minutes to change / transition, then bike for thirty minutes, have five minutes to transition and then run on a treadmill for twenty minutes. All athletes were divided into heats – there were four athletes in each heat and the heats were spaced out in fifteen minute intervals. It was all very well organized and the race director sent us all the details well in advance. 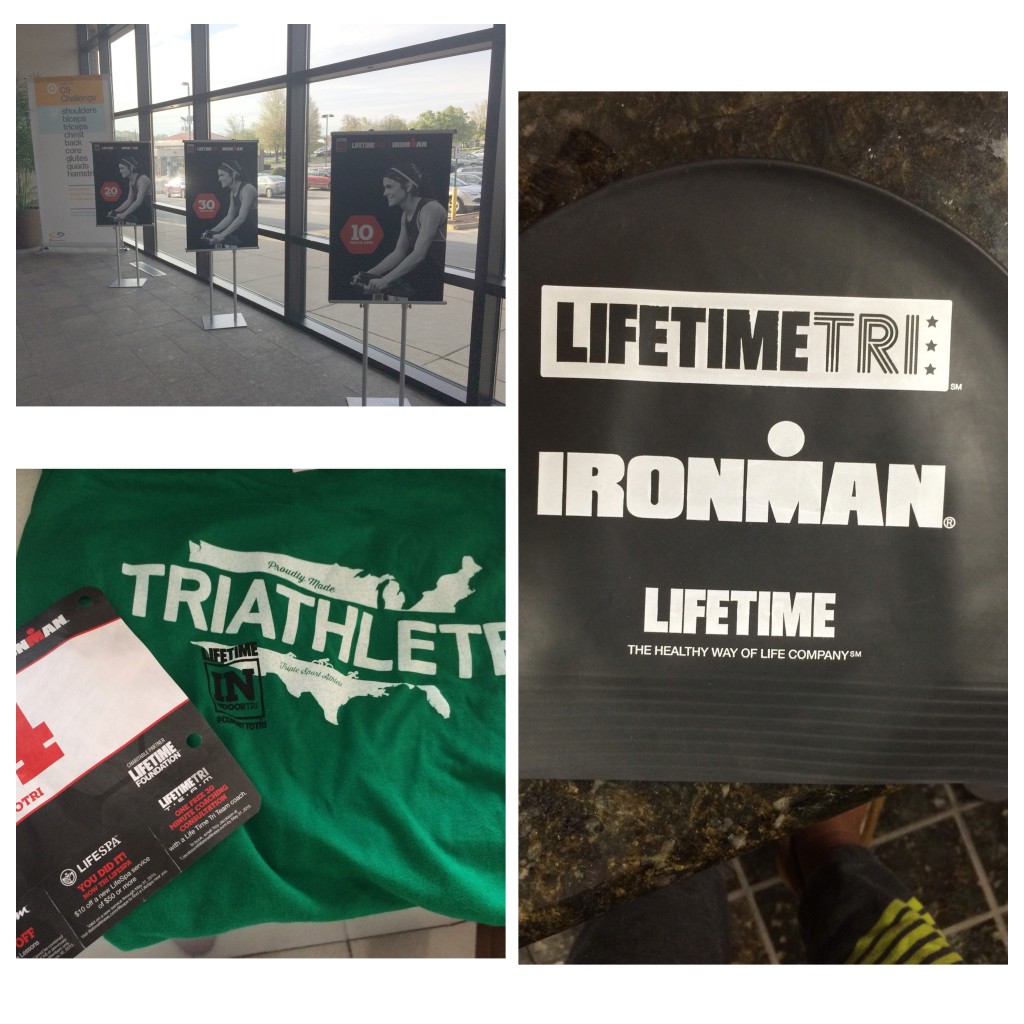 Race morning, I pulled up to the Lifetime Fitness Gym in Fairfax, VA and checked in, received my swim cap and headed to the locker room to get ready for my swim. The swim was by far my weakest leg and the leg I was most nervous about. We swam two to a lane and had individual lap counters. I managed 15 slllowwww laps in ten minutes and was proud of my effort. After swimming, I changed and hustled over the spin bikes and got set up and ready to go. Before I knew it, our thirty minutes started and we were off! It was a bit of a challenge to get my legs moving at the speed I wanted, but before long I found my rhythm. I ended up cycling nine miles in thirty minutes and doing pretty well amongst the women. Next we hustled over to the treadmill for the run. I obviously knew that was going to be my strongest leg and it was. I busted out 2.14 miles in twenty minutes, which isn’t a PR or anything but after swimming and biking, I was pretty dang proud. I also duked out the final quarter mile racing against the one man in my heat (in good fun). We were neck and neck and both ramped it up to try and win. He just barely edged me out, but it was such fun.

Honestly, I had the best time and have so much respect for triathletes. That joint was HARD! I plan to keep up my swimming so that I can tackle another tri sometime soon. 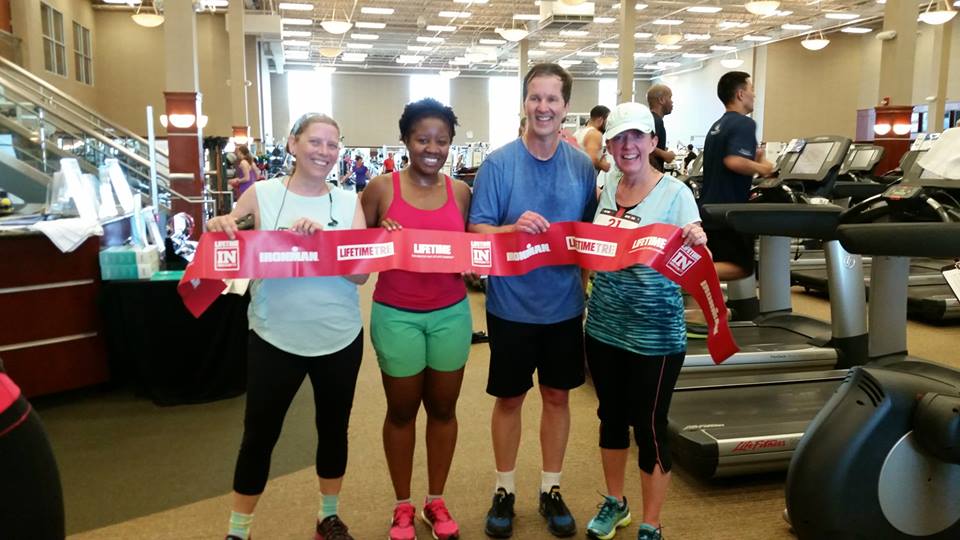 Have you competed in a triathlon? If so, props!