I already talked about a few things I love about running. For this Friday Five honoring National Running Day, I’m going to share five mistakes I made when I trained for my first marathon. There were many more but I’m going to stick to just five today. Speaking of marathons, I finally solidified my training plan for both Wineglass and Marine Corps this year. I’m going to use Wineglass as a long training run (hopefully a fun one) for Marine Corps. That doesn’t necessarily mean that Marine Corps is my goal race. Depending on how Wineglass turns out will decide that. If I get around my goal time at Wineglass, I’ll plan to take it easy at Marine Corps. However, Marine Corps has the advantage of being in my city and I should have a number of awesome friends to support me. Anyway, I’m getting ahead of myself. All that to say, I’ll be sharing the basics of my training plan on the blog soon, so look out for that. On to marathon training mistakes!! Per usual, I’m linking up with my girls Cynthia and Mar for the #Friday Five. You can read our linkup rules here. Please note that if you don’t play nicely, we will delete your link. 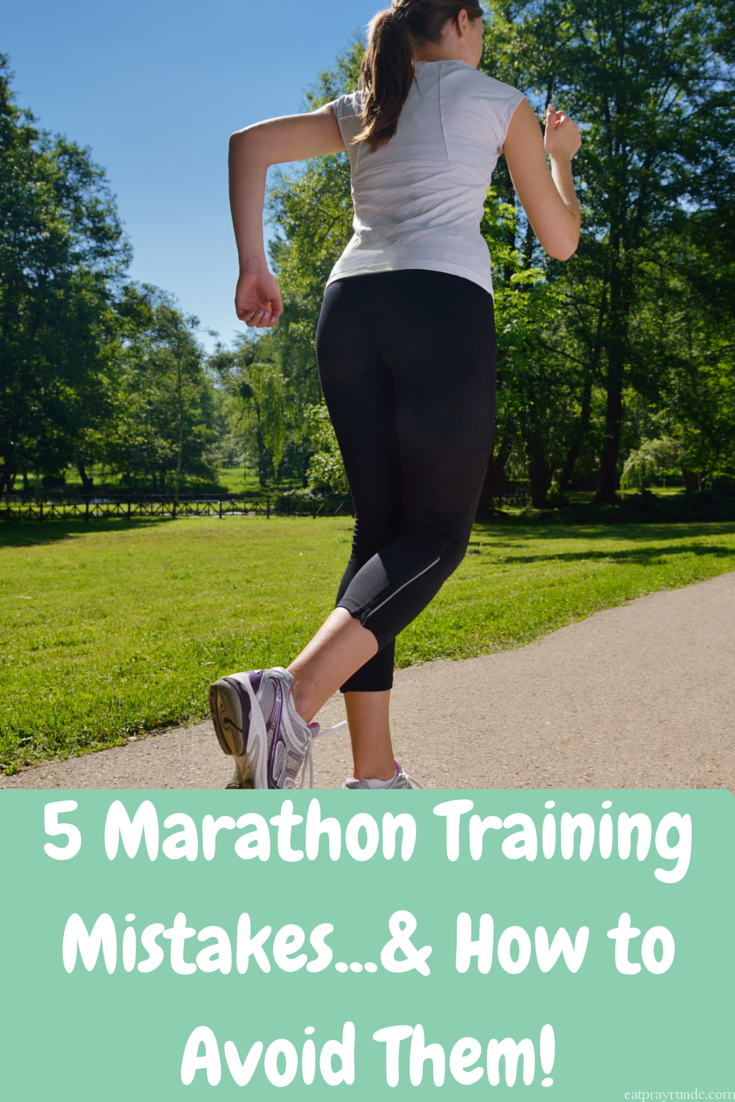 Have you run a marathon? What mistakes did you make in training?