Another week of half marathon training in the books. Some of these pics are from Friday’s Fitness Snapshots post so you may have seen them, but there’s a bit more detail about my actual workouts.

Tuesday: track day – 3×1600 at 8:35 pace. This week was another hot one and so we switched our track work to the morning instead of the evening. It was tough, as I knew it would be. My garmin saved the first two miles while we were breaking before the third one so that’s why there are two separate pictures. Splits: 8:55, 8:40, 8:43. I continue to just not quite be able to hit my track paces, but given the weather and humidity, I’m not beating myself up about it. It was a tough workout and I’m proud that Julie and I got it done. 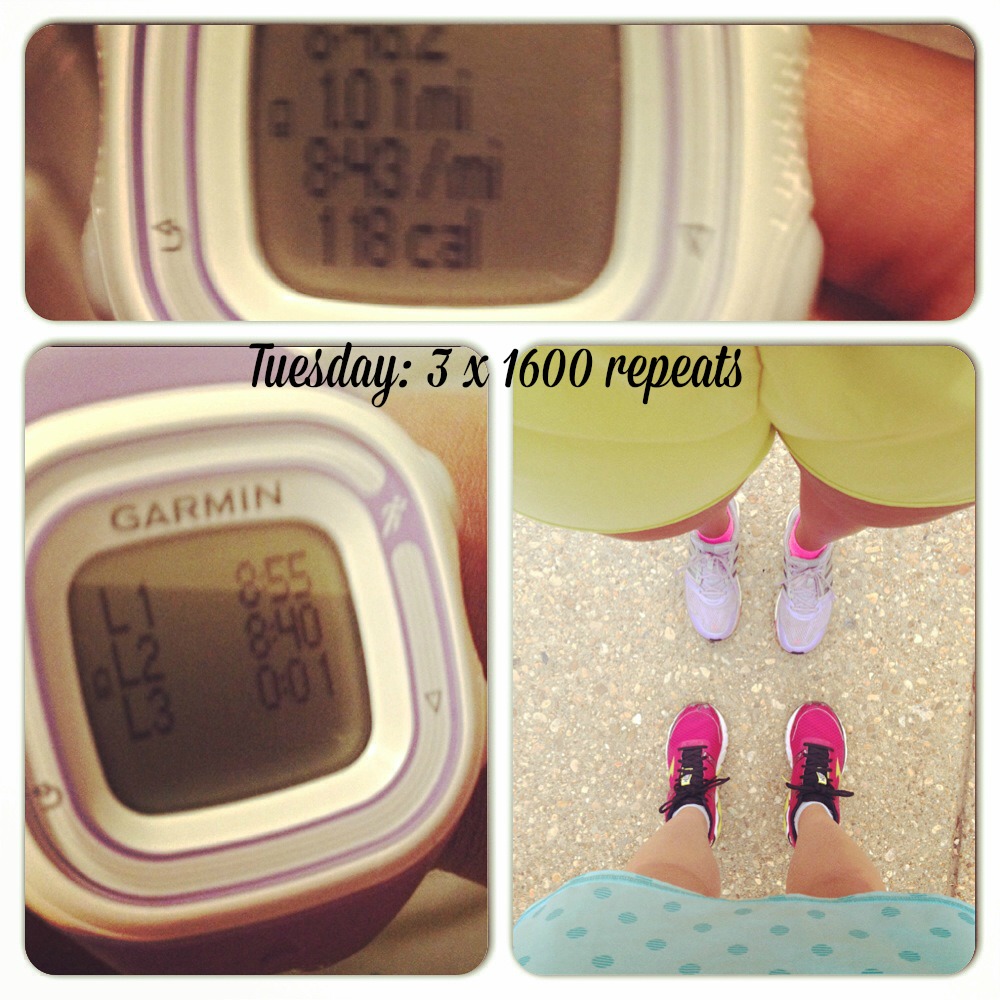 Thursday: tempo run, 6 miles at 9:38 (plus warmup and cooldown). Julie’s shins started to really bother her on Tuesday and so she took a few days off of running — which meant I was on my own. I was not very confident about this run and dreading doing it alone. Mentally, it was tough and I was kind of bored since I had no one to talk to — but I got it done and once again, had some success with my splits: 9:27, 9:13, 9:09, 9:17, 9:41 (running up Capitol Hill), 9:25. Average pace was 9:22 and although it was tough, it’s good to have a mentally tough run every once in awhile. Spoiler alert: this would not be the only mentally challenging run of the week. 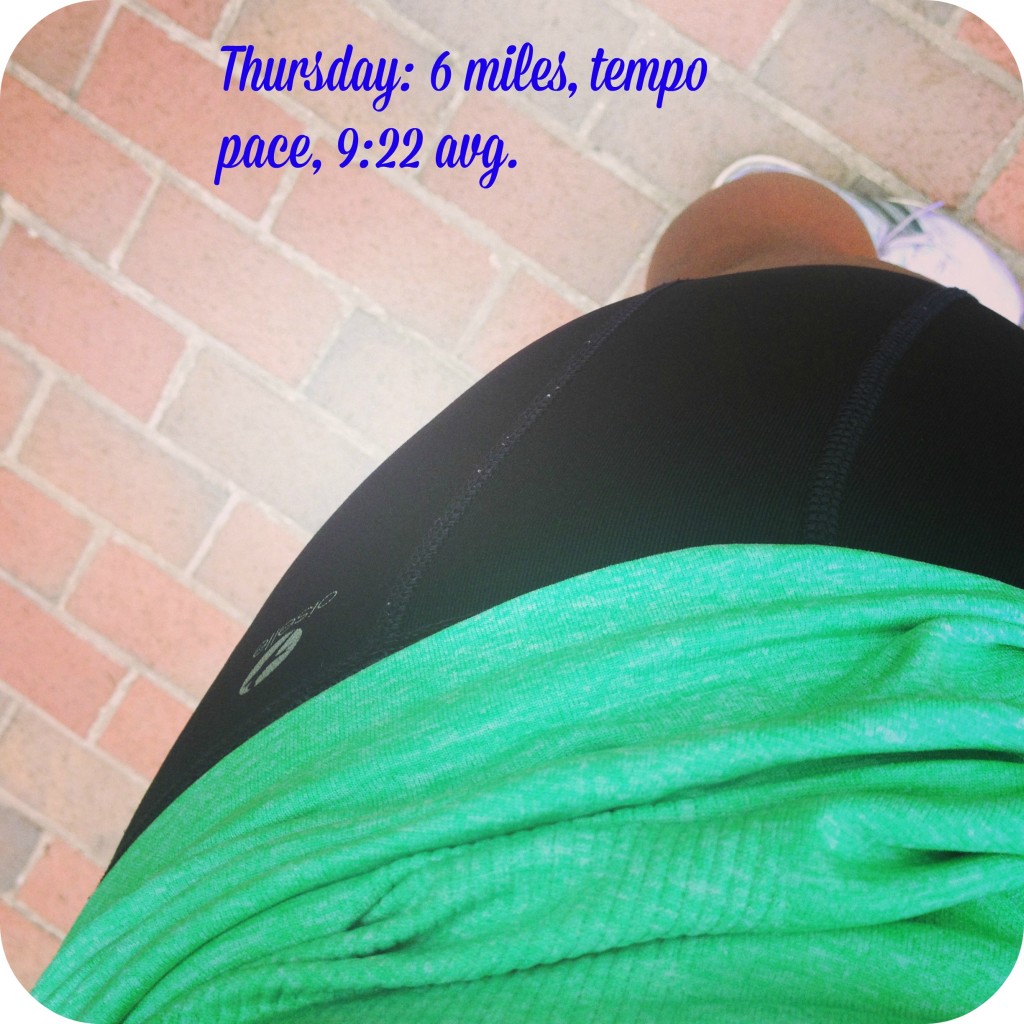 Saturday: long run day – 11 miles at 10:13. Since the tempo and long runs have been so successful, I’m going to start dropping those goal times to get them closer to goal pace for race day. Saturday I was planning on testing this out, with a goal pace in the 9:40s. So really goal pace for the run was anywhere in the 9:40-9:55 range. Oh man. This run was a struggle from the beginning. I put my camelbak in the freezer the night before (as I often do). Normally, the next morning when I wake up, I put it outside so that it begins to melt. I forgot about it until it was time to leave the house. It was rock solid and a total heavy as heck brick. It really added weight and was a struggle to get water from the whole run. Ugh. By mile 5, I was just mentally over the run. Also, it was hot and humid and we’ve been really lucky and had great weather with our long runs, so this was a rude awakening. I called the run after 9 miles and vowed to finish the final two miles the next day. Here are my splits: 10:15, 9:39, 9:38, 9:39, 10:08, 9:59, 10:09, 9:55, 9:45, 9:58 (Sunday mile), 9:15 (Sunday mile). I was all over the place and definitely would have quit much earlier on Saturday if not for Julie. Ugh. Just a bad run overall. Sunday’s make up miles were hot but fine because there was just two of them. 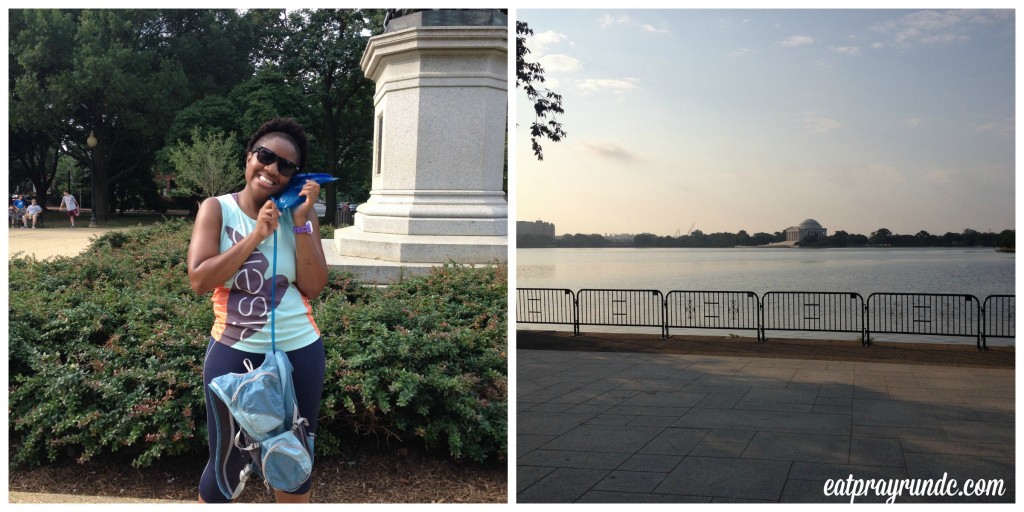 I’m glad to put this week’s runs behind me and move forward.

How was your week in training?