Week two of Navy Air Force Half Marathon Training is in the books. And what an interesting week it was. I really had the whole spectrum of runs this past week. Plus a barre class that dang near killed me. Here’s my training recap:

Tuesday: track day – 5x1000s at 5:14 pace. Um. So Tuesday was hot. And the temperatures when we were starting our workout hovered around 96 degrees. With the humidity it felt like over 100. There was no way we were hitting goal times in that heat. Honestly, we probably should’ve bagged the workout and done it the next morning or something. But, because we are super geniuses, we didn’t. It was ridiculously hard and Julie and I ended up having to cut the final 1000. 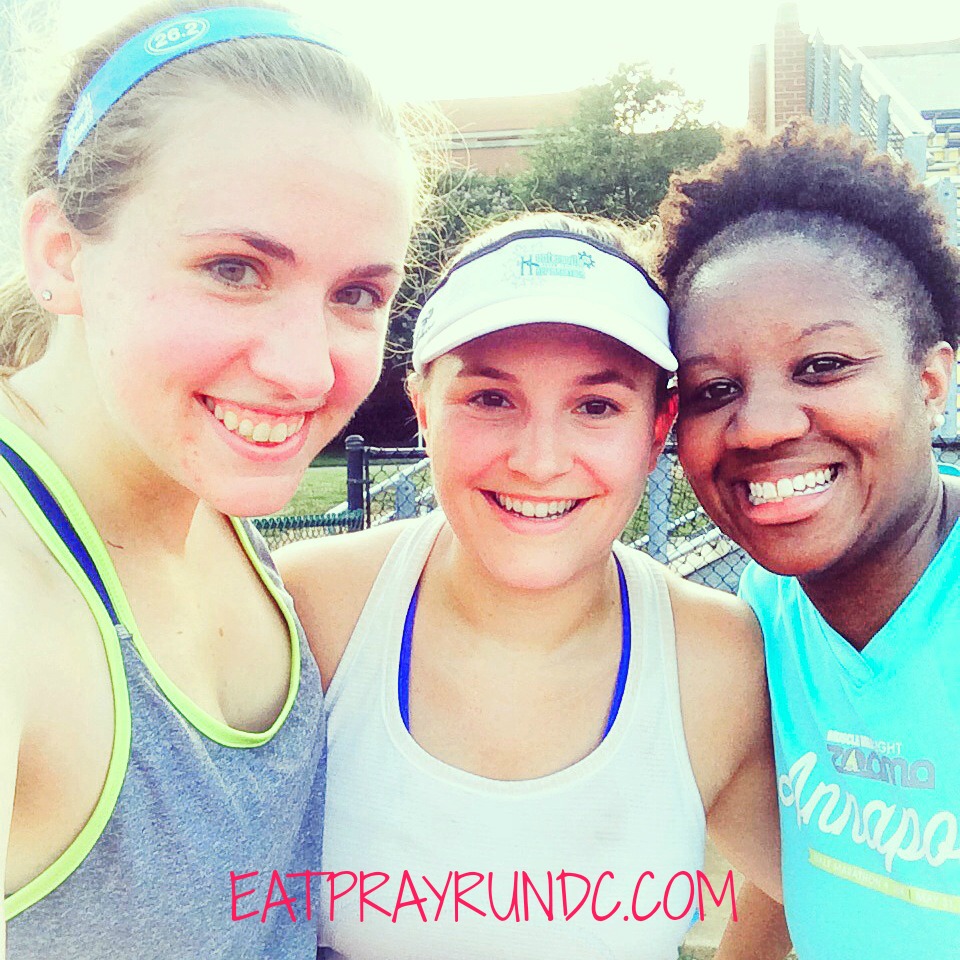 Friday: long run. This week, due to the the holiday weekend and the fact that I was going to be out of town both Saturday and Sunday morning, I switched my long run to Friday AM. Julie’s friend Caitlin was in town and so we all met up and did 9 miles together. It was a great run. Because DC was preparing for the fireworks, we got to do fun stuff like run down the middle of Constitution Ave and scale fences in front of very pleasant Capitol Police Officers. It was a super fun run and speedy, too! 9 miles at 9:36 pace. 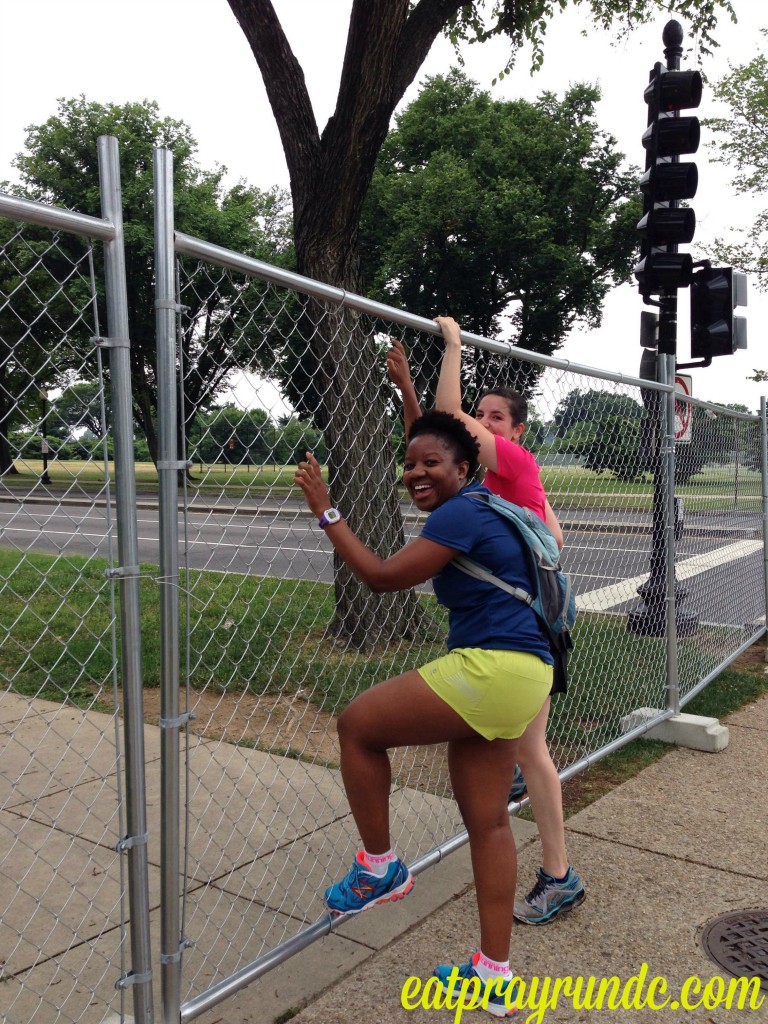 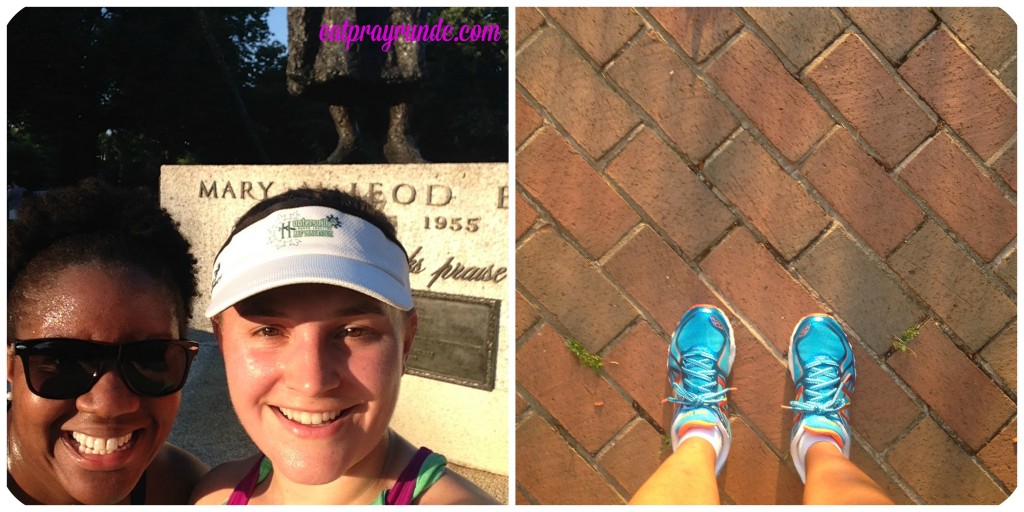 Of course, I also went to barre twice and spent a lot of time walking around while I was in New Jersey over the weekend.

How was your week in workouts / training? Do ya love those bright blue shoes? I’m a fan!