On January 1, I ran my first race of 2014! I had signed up for the DC Road Runners Predictions and Resolutions 5k. The race was $5 and part of the DC Road Runners low key race series. The race had a 12pm start, so I knew I could sleep in a bit and still be ready to run. Besides, what better way to start of a new year? I had no time goals for this race. I just wanted to run and enjoy being out there. This race was fun because in addition to K, Mar and Colleen were also there. I love meeting up with friends at races!

The race started off with a somewhat steep downhill that I knew would hurt on the finish. Everyone took off and I tried to just run comfortably and not get caught up in the hype and go out too fast. I was really really surprised to see 8:xx coming up for miles one and two. Once I realized I could PR in a big way, I decided to try and go for it. It hurt but I kept telling myself to ride the pain train (I realize how silly that sounds, but runner brain, what can you do?). The last bit of the race was that uphill I mentioned and that REALLY hurt but I kept pushing. Official time: 27:24 (average pace 8:49) – blowing my 5K PR out of the water by over a minute. I don’t know where this run came from but I was so crazy proud. What an awesome way to start a new year! 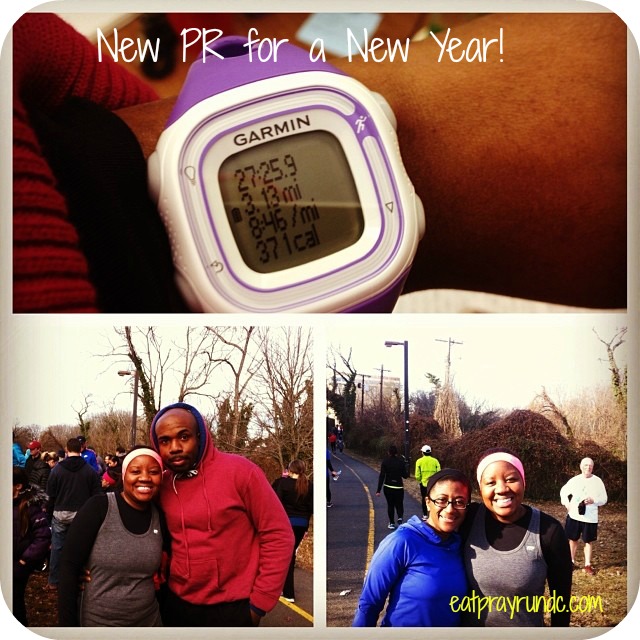 Did you run a New Year’s race?