When I chose the name “Eat Pray Run DC” I intended to primarily write about food, faith and running. I knew that I’d probably write much more about running and food but every now and again, something happens to leads me to take a break from writing about food and marathons and talk about something a bit deeper. Today is one of those days. 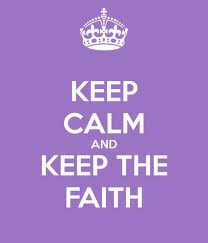 About a month ago, I was in my hotel room in Los Angeles reading the hotel provided copy of LA Magazine. I came across a story called “Heaven Can Wait.” The story was about a young woman’s decision to wait to have sex until marriage. This struck me as interesting for a couple reasons: first because it was LA Magazine. Not a Christian magazine, but one of the most well-read publications in California. The second thing I found interesting was the content. Here was a funny, approachable young woman writing smartly and matter-of-factly about her decision to wait to have sex based on her faith. I really appreciated the article and not just because my fiance and I are waiting until we’re married (I’m sincerely hoping this is a blog post my mom is skipping! :)). I think that anytime someone is honest about an issue that is not very mainstream, it is brave and refreshing.

I forgot about the LA Magazine article until this past weekend, when I opened up my newspaper and saw Rick Warren on the cover of Parade magazine. The cover story focuses mostly on Warren’s recent efforts to get healthier with his congregation and briefly touches on his son’s recent suicide. It was a light piece, typical of the the cover stories usually found in the magazine but again, like the LA Magazine piece, it was notable because it is far too rare that people who are living their life out loud regarding their faith are featured in mainstream media.

Religion and politics are those tricky things that you are not really supposed to talk about because you may offend someone. But I actually think it’s so important for examples of real, regular Christians are out there. Because there are a lot of what I call “crazy Christians” (you know what I’m talking about) out there and they kinda give us a bad name. So I’m glad to see mainstream magazines highlighting normal Christians — I think it’s awesome!

What’s your take? Do you speak about your faith or keep it close to your vest?