Here’s my short but sweet Predictions and Resolutions 5K Race Recap: On New Year’s Day I ran my first race of the year – the DC Road Runners Predictions and Resolutions 5K. You may recall that I ran this race last year and had so much fun that I knew I’d do it again. It’s cheap (5 if you are not a DC Road Runners club member, free if you are!), easy logistically and doesn’t start until 12pm. Boom! Works for me. 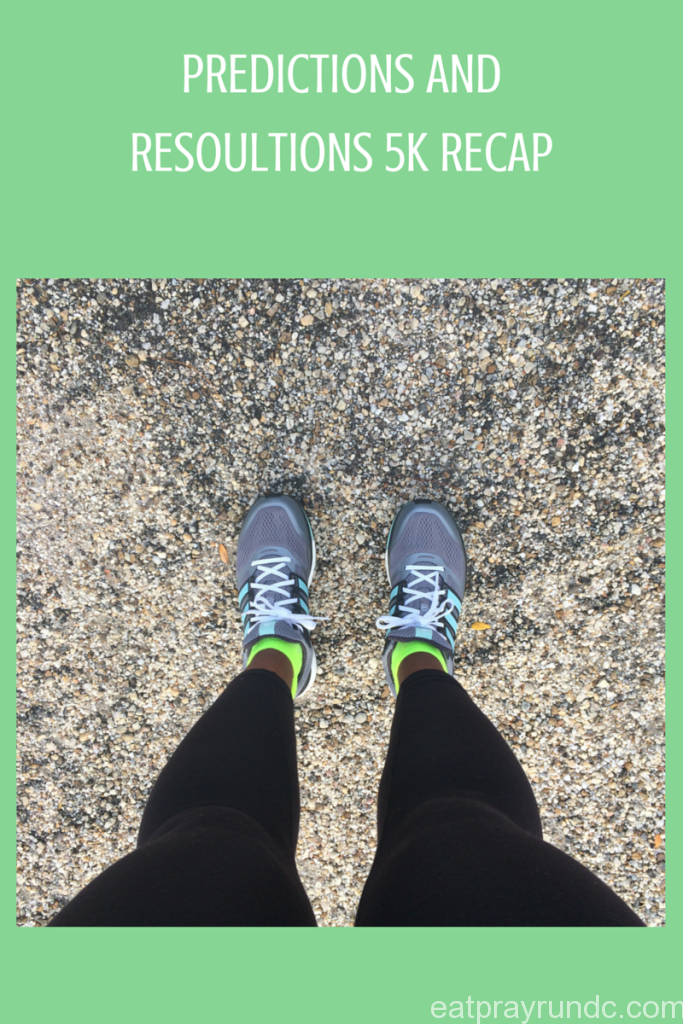 The thing I love about this race is that it’s small enough that you are guaranteed to easily spot your friends. Colleen, Mar, and Jenny were all running this race and by showing up  about 15 minutes before the start, we had plenty of time to grab a picture. This year the DCRR decided to do a wave start which was super helpful since the trail the race is run on is quite narrow. The race had about 300 finishers, so a good number but not too many so that the course felt crowded. Of course there were times where things were tight, nothing too terrible. This race was my first time running with a watch in a couple weeks and I just wanted to get out there. I didn’t have any kind of race plan and I didn’t have any goals. Running a 5k under 30 minutes is kind of what I expect nowadays, so I wanted to do that, but aside from that I just wanted to run! The race is on the Mt. Vernon Trail and heads out towards the airport before turning around to head back to the start. It’s a pretty standard course, with a trail that many runners are familiar with. There was one water stop, but I didn’t need to utilize it for such a short distance. I liked running without anything on my back or in my hands and while it was chilly, I definitely warmed up by mile 2. I went out a little fast (8:27) then dialed it back for the last two miles (8:47 each). I finished at 27:13, which is faster than last year’s race and a pace and time I was happy with. The big hill at the end of the race didn’t kill me and I was happy to finish and catch up with Colleen, who’d finished a couple minutes before me (yeah, she is super speedy) and Mar, who finished a couple minutes after me. Unfortunately, we witnessed a rude biker run over (literally) a small child on the trail and keep going (WHAT.A.JERK.) while we waited for Jenny to finish (she’d gotten stuck behind bikers on the trail). It was awful and I’m sharing that here to encourage EVERYONE to pay attention as you drive / bike / run. Come on, y’all. Let’s do better.

Despite the unpleasantness at the finish, this race remains a favorite and I’m super excited to do more DCRR races – including a 10 miler this weekend. 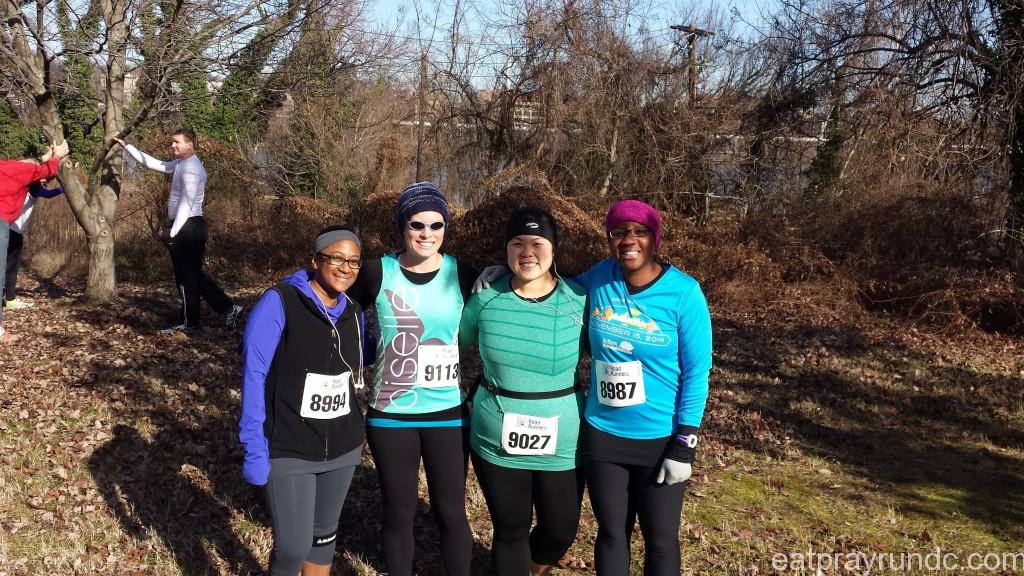