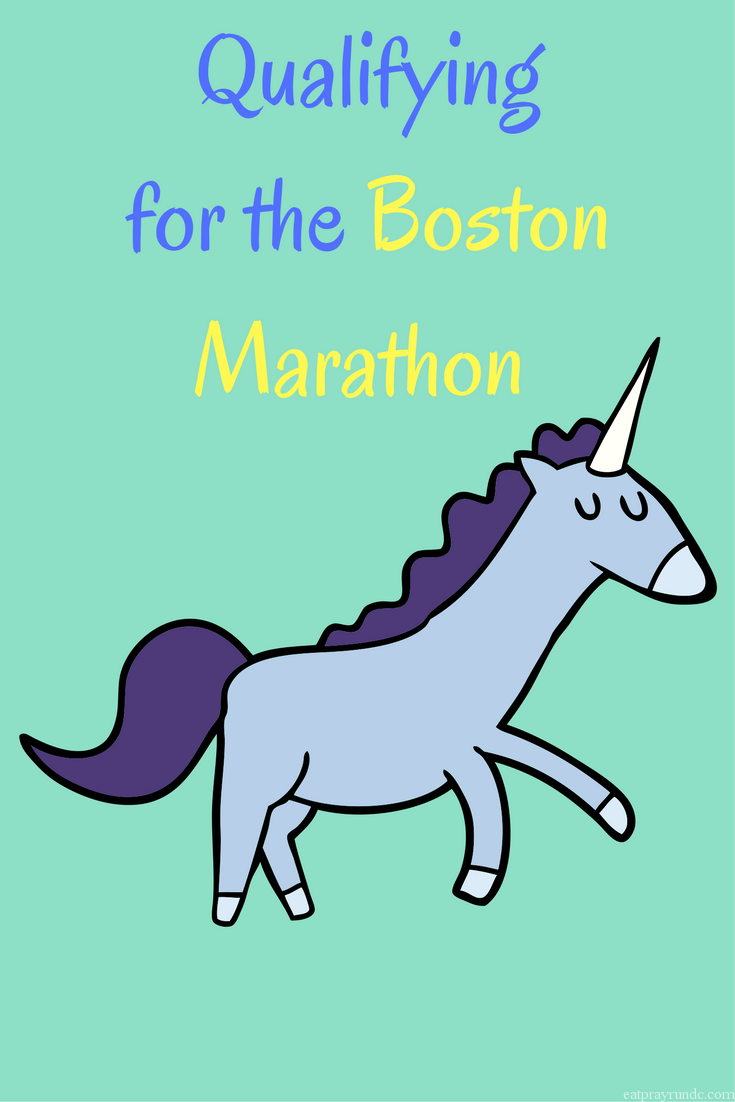 When I ran my first marathon in 2013, I never thought that qualifying for the Boston Marathon would be possible. It seriously was not even in the realm of possibility for me in my mind. I was inspired to sign up for the Richmond marathon after learning of the bombings, but the idea that I’d someday run Boston never crossed my mind. As I learned more and more about marathons, I began thinking that maybe one day, I’d try and qualify for Boston. And then I ran the Chicago marathon and decided that I wanted to run all the World Majors. Once I decided that, it was just natural that I’d want to qualify for Boston, since I would need to run it to run all the majors.

This is a big goal and I know it’ll be a big challenge. The current qualifying time for my age group is 3:40 (I’ll be 35 in October – your qualifying time is determined by the age you will be when running the race). 3:40 is an 8:23 marathon pace – that’s my half marathon PR pace! The first step in my quest to get there is run a sub-4 marathon. I’m planning on doing that this fall in Berlin (read about my goal here) and then continue to race and improve on speed. I’m currently planning on Boston being my last World Major because that would just be awesome. I have signed up for the London marathon lottery for 2018, but we don’t know if we are in until October (!!!), so unsure of what my next major will be after Berlin. Anyway, I figure that I have a few years to get faster so that getting a BQ is an actual possibility. To be frank, I can barely believe I’m typing these words but I am confident in my ability to get faster and work hard. Especially since I’m giving myself years to do it!

Who else has a long term plan of qualifying for the Boston marathon?