A couple of weeks ago, I had the chance to run a fun 5k hosted by comedian (and avid fitness buff) Kevin Hart. It was free and all folks had to do was sign up. It was a really fun experience but while running, I thought it would be good to get a dos and don’ts post out there about race etiquette. I realized there were many first time racers — which is such an incredible thing — and some of them just weren’t familiar with some of the things many of us who race often take for granted. These race etiquette dos and don’ts are also a gentle reminder for us veteran racers as well. 🙂 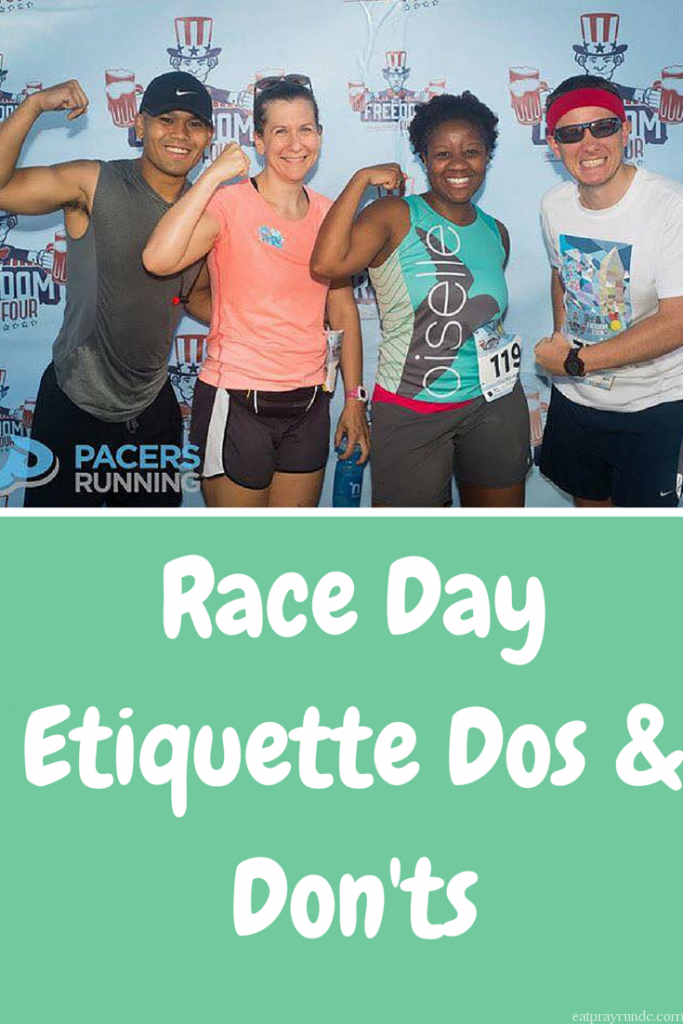 What tips to do you have for racers?