I recently ran two marathons within 14 days of each other and lived to tell the tale. Here are my thoughts on why I did this and some tips on how to manage this if you find yourself in the situation of being crazy enough to attempt it (no, just joking – it really isn’t that crazy). The truth is, I never really planned on running two marathons in two weeks, but it turned out well for me. After Richmond, I just really really wanted to have another crack at the marathon and when I found the NCR Trail Marathon, it seemed awesome. For me, I just felt dissatisfied (even though every word of my Richmond recap is true and I wouldn’t have changed it at all) and wanted to try one more time to get a time that was closer to what I know I’m capable of. If you find yourself in a similar situation – or you just want to run two marathons that happen to take place very close to each other, here are my tips: 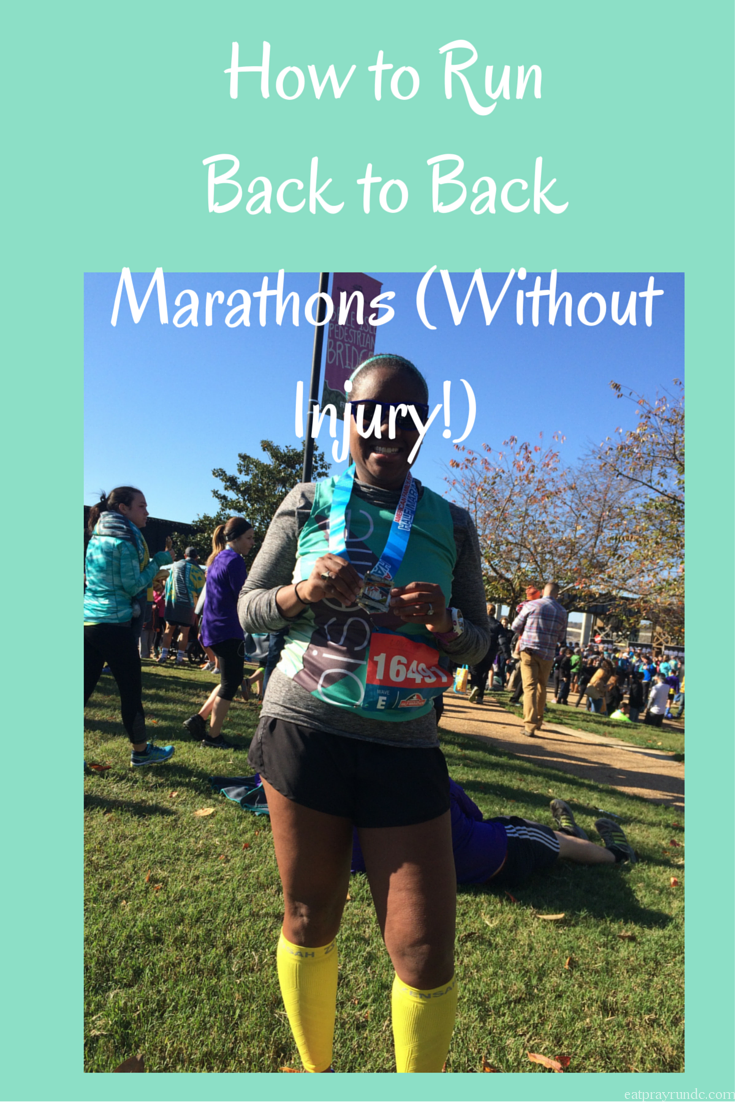 So, would I do it again? Yes. In fact, I did it again in the fall of 2015 – I ran the Wineglass Marathon on October 4th and then ran Marine Corps Marathon on October 25th. I was able to put these tips back into action and run two well executed (for the most part!) races. I also ran two half marathons in back to back weekends in November (Richmond and Annapolis), so these tips really do work!

A version of this post first appeared at Women’s Running.

Have you ever run back to back races?