As most of y’all know, I used the Run Less Run Faster training plan to train for my most recent half marathon (the Navy Air Force Half Marathon). The Run Less Run Faster training plan in a nutshell has runners doing three runs a week. Each run has a particular purpose and none are easy runs. You have a speed work run, a tempo run (read more about tempo runs here) and a long run. I’ve gotten lots of questions about the plan and since I’ve now used it for a full training cycle, I figured this was a great time to share my thoughts. 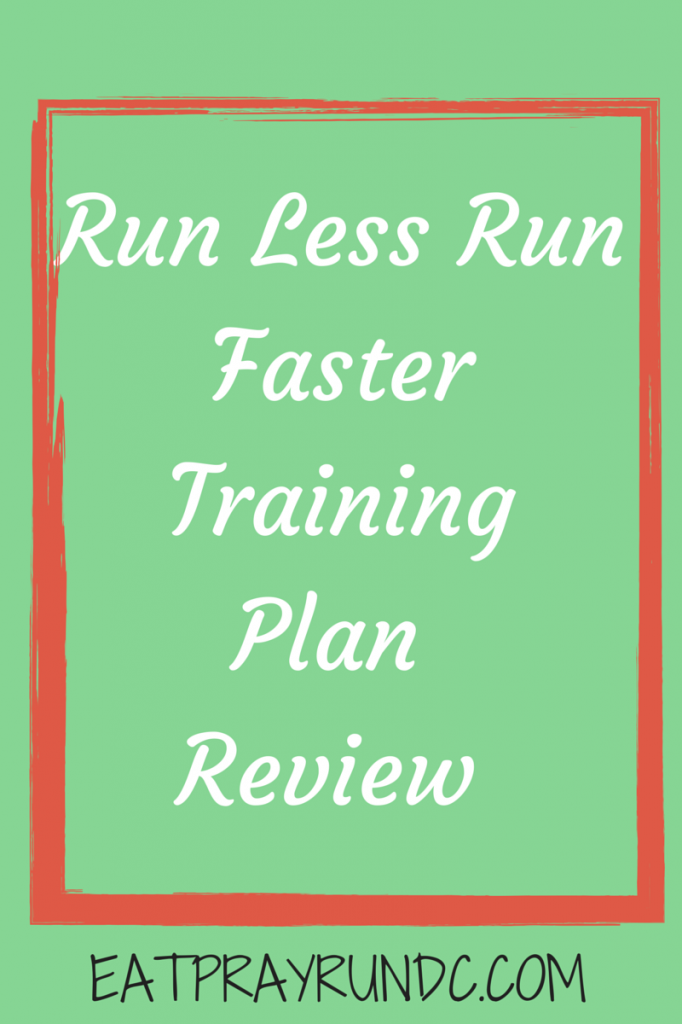 In short, I loved the Run Less Run Faster plan. The runs were not easy and I appreciated that (sometimes). This was my first experience running with set paces in mind and really trying to hit those paces. In order to determine your pace, the plan asks for a recent race. I did adjust the paces as I got faster during training. There were a few things I particularly liked about the Run Less Run Faster plan:

So would I do the Run Less Run Faster plan again? Absolutely! In fact, I’m using that plan to come up with my game plan for marathon training. I’m in a bit of a different situation since I’m starting marathon training with only eight weeks to race day. However, I’m trained up and have the distance under my belt so I’m creating my own training plan, working backwards from race day. Yes, that means I have decided what race is next — check back later this week as I share what I’ve decided and why!

Have you ever tried the Run Less Run Faster plan?