If you’ve been hanging around these parts for awhile you know that I have actually run a few back to back marathons. I even wrote a post about back a couple years back. In that post (which you can read here), I share some tips on how to handle running back to back marathons. I still (kind of) agree with what I  wrote a few years ago but as tends to happen in life, my thoughts have indeed evolved. 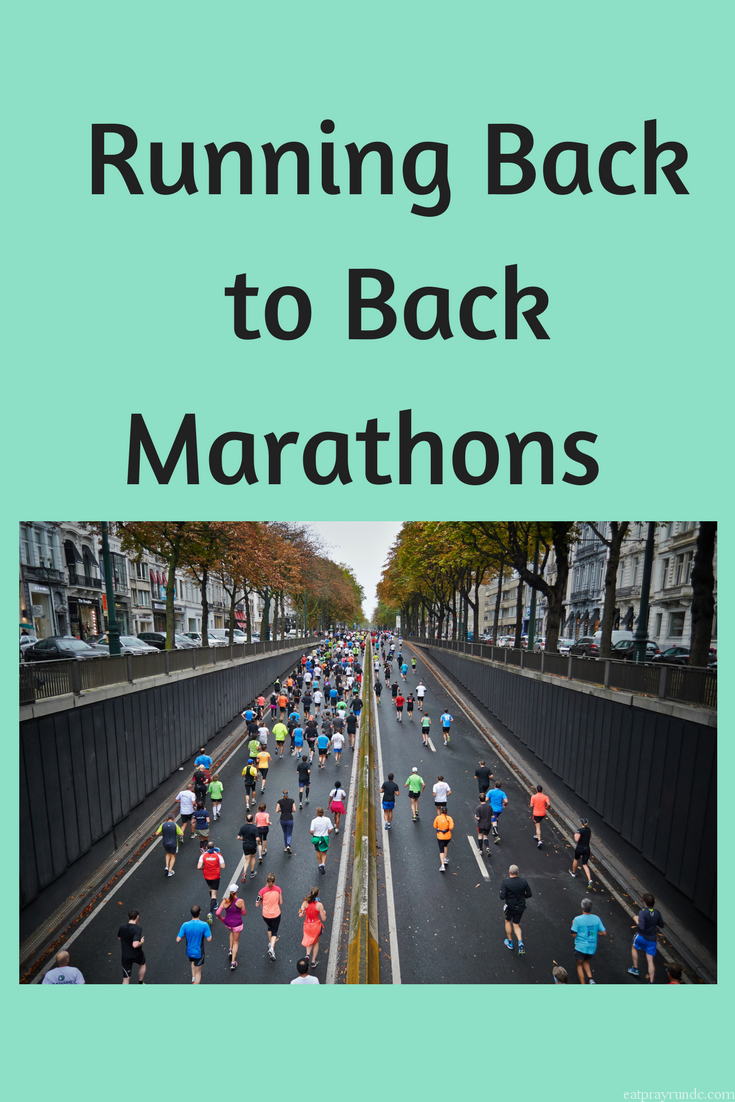 Last year, I trained all summer for the Berlin Marathon. I was hoping for a big PR and put in hundreds of miles. After the race (in which I did PR but did not hit my sub-4 goal), I was exhausted. Mentally and physically I needed a break. And so I took it and didn’t feel bad at all about it. In the back of my mind, I was thinking about potentially running the Richmond Marathon, but I also thought that maybe I’d drop to the half. I took a “wait and see” approach during the six weeks I had in between the races. Which meant that I ran some but not much. I probably averaged 25 miles during that time (after two weeks off) and ran a couple of workouts (including the Army Ten Miler). I knew I hadn’t lost much fitness so I decided to go for it.

The race was painful, emotional and a struggle. You can read my recap here, but I vowed after that to stop running back to back marathons…unless…

That’s it. I only want to do back to back marathons in those circumstances. I just don’t think that running back to back marathons is good for me. I always end up regretting it. I think that if I planned to do it from the start I could be more successful. However, the other tricky part is that after running a goal marathon, I want (and NEED) time off from structured running. Returning into training again, even after a couple weeks, is just hard for me mentally. So I’m not sure that I could ever get back to back marathons right in that regard. I suppose if I ran a marathon for fun with no goal pace as marathon number one and then took a week or so off and resumed training, that might work. It is often tempting to run back to back marathons because you are already trained up – might as well get more races for the training, right? At least that’s what I’ve thought previously. But it never quite goes how I want to do so I think I will restrict my back to back marathoning to the following two scenarios listed above for now!

Tell me, do you run back to back marathons? Why or why not?