I’ve already written a bit about some of the highs and favorite things from my year of running (check out that post and link up! here), but I wanted to dig into my running stats for posterity and for a bit of nerd fun. 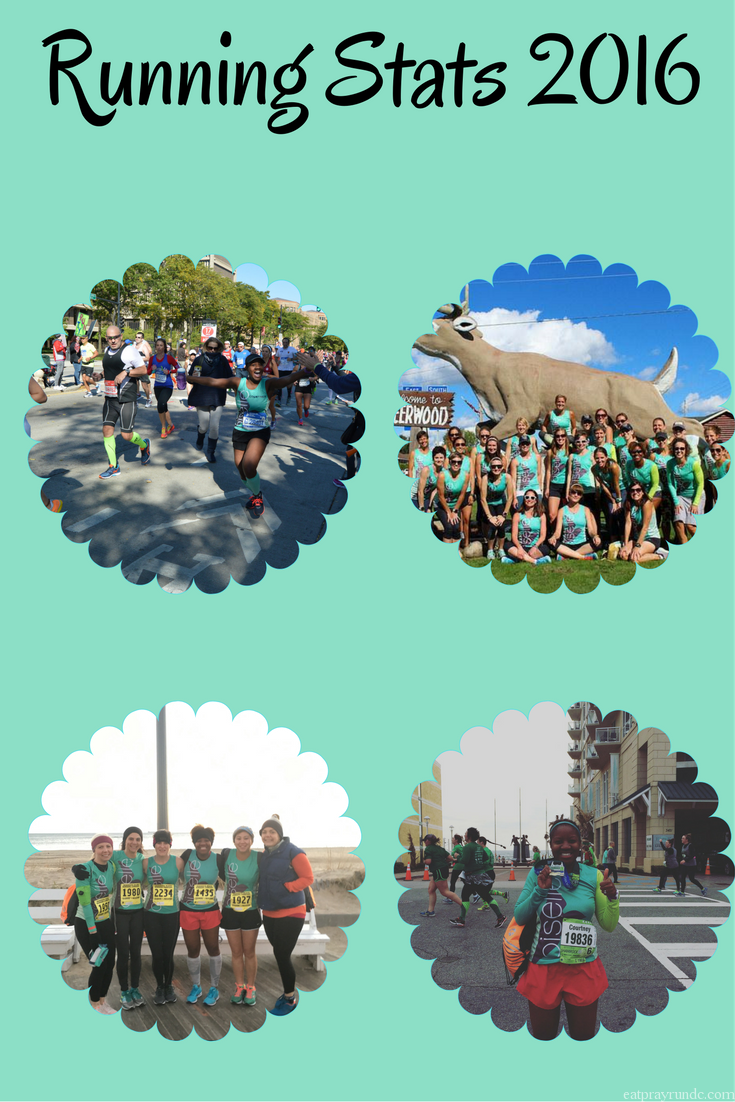 Miles run: 1,427.8 (versus 744.5 miles last year). This is by far the most mileage I’ve ever run in one year – even though I’ve had years where I’ve run multiple marathons. That’s what happens when you run marathon undertrained (as I used to) – you don’t run many miles!

PRs: 5k, 10k, 10 miler, 1/2 marathon and full marathon. That was kind of ridiculous and definitely unplanned – I wrote a bit about PRing in just about every major race distance here.

Highest mileage month: 215.8 – August. I could not believe the mileage I hit in August. With the hottest temps and the worse humidity, I ran the most miles I’ve ever run. It was kinda cool to hit this milestone!

Lowest mileage month: 49.14 miles – November. This is consistent with last year. After I run my goal fall marathon, I always take some time off

Number of 100+ mile months: 7. This was my first year running higher mileage and so it was neat to see all the months that I’ve run more than 100 miles. It’s not too hard to do that when you run six days a week, though. 🙂

Average miles per week: 27.45. What is funny to me is that this is the average over the whole year and it’s basically what I used to run when training for a marathon. Sigh. #undertrained. I’m so glad I learned about the Hanson Method this year. By far once of the best decisions I made, running wise.

Average runs per week: 5.1. This of course includes weeks that I wasn’t in training, so it’s pretty impressive that it’s that close to six when I have only two big training blocks throughout the year.

Average pace: 9:57 min mile – again this is the average over all of my runs total. Not bad!

Average cadence: 160. I am pleased at this number. I’ve been working on my cadence for awhile and I find it really challenging to keep it quick – so I like to see it at 160 or higher and it’s been consistently at that level for the past couple months, which is nice to see.

2016 was a really incredible year of running for me – I’m excited to see what 2017 brings! Wishing you all a safe and happy New Year!

Have you linked up your Year of Running post yet? Don’t forget to do so – click here!