If you are a fairly regular reader, you know that I’ve run quite a lot of races this year (20 in fact). With that, I’ve run six marathons in the past two years. It seems crazy to me that I’ve racked up so many marathons in a relatively short time frame, but I have. I’ve learned so much from each marathon, and I know I’ll continue to learn and grow with each one I run. I thought I’d share six lessons from six marathons – can any of you relate to these? 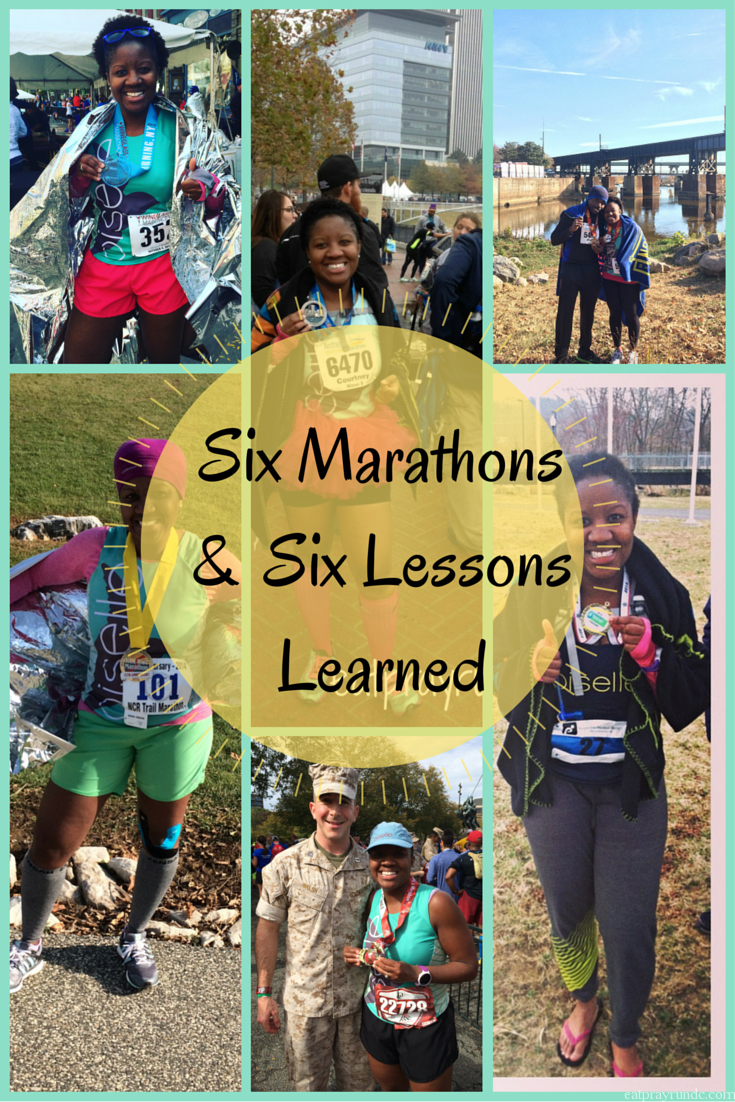 What have you learned from your favorite race distance? Don’t forget my Year in Running Linkup is LIVE! Go answer the questions and link up!