On a bit of a whim, I decided to run a one hour track run last night hosted by the DC Road Runners. Remember, when I joined the Road Runners for low key runs and races? Well, this was one of them. I’d been feeling ill over the weekend so wasn’t sure how the run was going to go (and it is hot as hades here in DC) but I figured I’d just head out there and get in about six miles. I woke up on Tuesday with a weird twinge in my back and almost thought about not going to the run but just told myself I’d take it really really easy. The temps were in the low 90s at the start of the race and I’d convinced Julie to join me for company. Before I knew it, it was time to start! 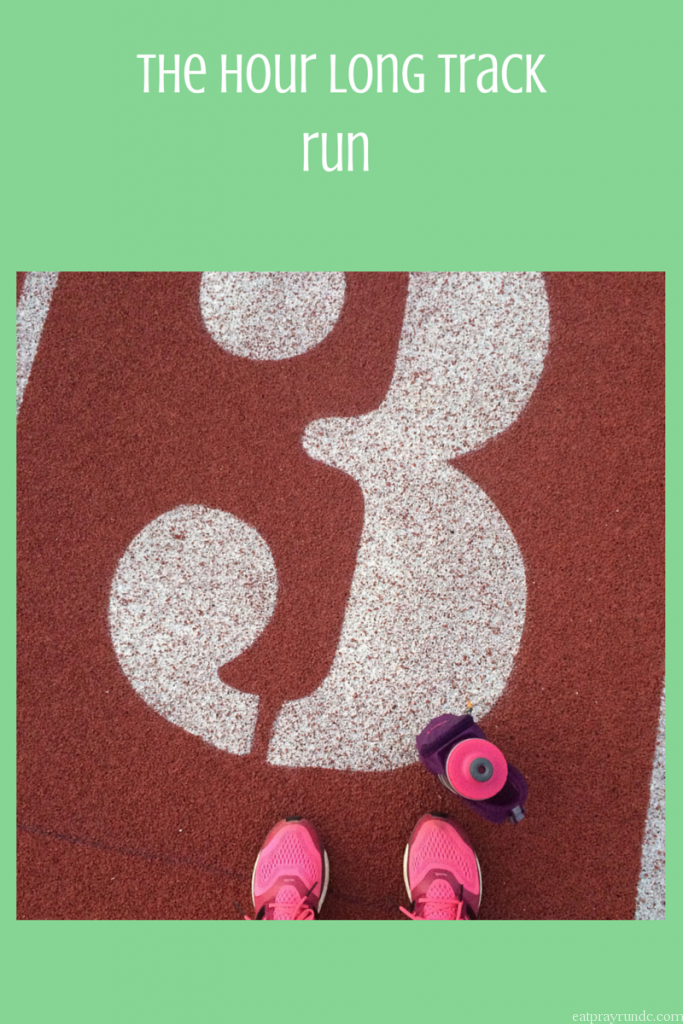 There were just under 30 runners, most of them men (I counted 6 women total, including Julie and I). We were each given a popsicle stick labeled with our bib number that we were to drop once time was called. Then the run officials would calculate our total distance, including that final lap. The group looked…fast. You know what I mean. Tall, lanky men with no shirts and no body fat. Yeah, it was that kind of group. However, since it was a track run, it didn’t matter because we were all restricted to the same loop. We started out and Julie and I reviewed our plan. We were going to work in the Oiselle track workout of the week. A six lap (1.5 mile or roughly 15 minute) warmup and then a 400 at 5k pace (typically 5k pace is in the 8:xxs but we adjusted that to be in the 9:xxs given the heat and me not feeling well) and then 1200 at marathon pace (low 10s). We would do that sequence three times total and then just cruise for the last 20-30 minutes of the run. 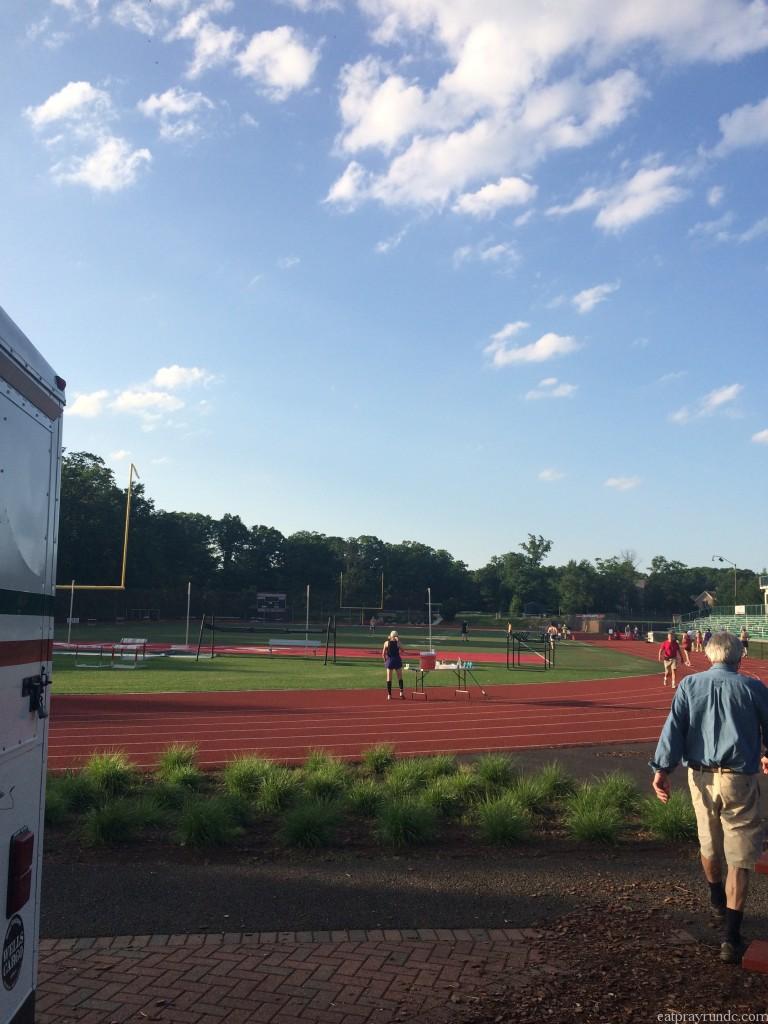 Julie and I started off nice and easy, and found a comfortable pace. There’s not too much to describe with a track race because it’s just the same thing over and over again. There were a few lowlights though, so I’ll share those. I had a bit of extra protein about a third of the way in when I swallowed a bug. Yuck. I know this happens to runners all the time, but it’s never happened to me before! I tried to avoid it but no such luck. Towards the end of the race, I was really struggling. I was hot, my stomach was churning and it was clear to me that I wasn’t 100% recovered from whatever little bug I’d had. Julie pulled away for the final ten minutes or so and I just focused on trying not to throw up. Yuck again. Not a good feeling. But…all good (and not so good) things come to an end and I survived.

Yes, I felt just as pretty as I looked.

In the end, out of six women, Julie came in 2nd and I came in 3rd. We’ve been laughing about that all morning. Oh, and four of the men ran 10 miles during that one hour. Yeah…we came just short of six. Would I do this again? Yes, I would. Just not during a week where I was under the weather!

Have you ever run a one hour track run? How’d it go?