Wedding Wednesday is back! I’m linking up with Jordon and Meredith per usual and sharing a bit about my first bridal shower. Yes, I said first. I’m fortunate enough to have friends and family in two different states who were kind enough to throw me showers. While I was in Atlanta this past weekend, two of my Atlanta based bridesmaids threw me a small, intimate shower Sunday evening before I left town.

The girls used our colors (navy and yellow) as the basis for the scheme for the shower and they did an amazing job. Honestly, I’ve spent a ton of time on Pinterest while planning this wedding and the shower looked like it was straight out of Pinterest!

We all had a blast munching on the delicious treats made by Alana and Megan and then as we were sitting around, we played a fun game where each girl shared a favorite memory of one (or many) of our times together. That was really funny and most of the memories prompted an explanation to the rest of the group. 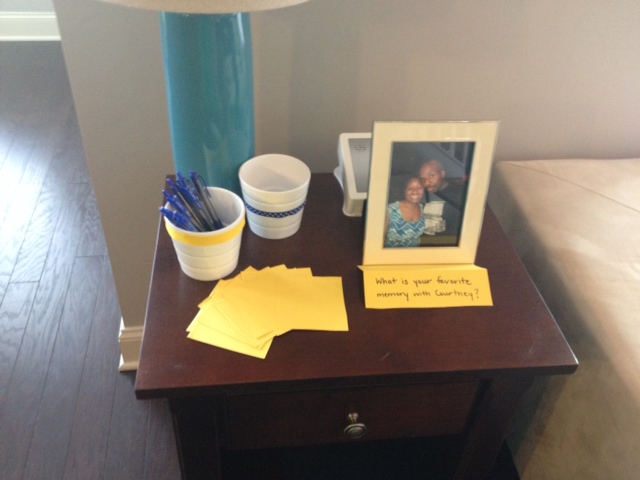 We also did one of those “who knows Courtney best” games — shockingly my friends were pretty competitive. Um, not shocking – I run with a pretty feisty group of ladies! It was a bit of a subdued afternoon since most of us there had really tied one on the night before (ahem). However, it was perfect and I feel so blessed to have friends who care enough to spend a bit of time with me on a lazy Sunday. It was perfect and I’m looking forward to shower number 2 in a couple of weeks!

Did you have a bridal shower? 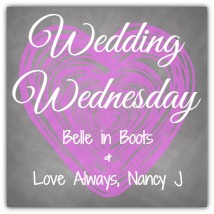