The weather is DC is so strange. That is the frame of mind that pretty much described my weekend. I’m super excited that I got it together enough to link up with Tara for her Weekend Update LinkUp! Tara is running her second marathon this upcoming weekend so make sure to go say hi and wish her the best! So…on the weekend that was pretty much dictated by the weather! 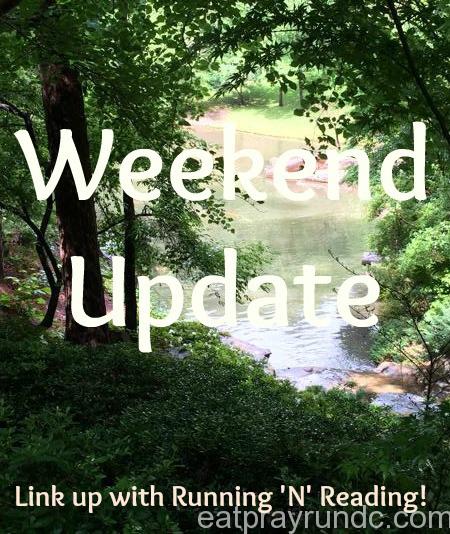 Friday, I got the honor of attending the Air Force Promotion Ceremony for a very good friend of mine. She was promoted to Major and it was so special to be there. After the ceremony, I headed back into the city for an evening Pure Barre class (spoiler alert: this weekend was also the weekend of Pure Barre). I planned to run some treadmill miles on Saturday with the hopes of running outside of Sunday. Well, Saturday I woke up super early and couldn’t fall asleep for quite awhile. By the time I got out of bed, I was determined to run outside and so I headed out — only to find it was snowing. Which, to be honest, is fine with me. However, this snow was kind of icy and hurt my face. Boo. I managed to get in a little over a mile before Pure Barre, with plans to run after class. Yeah. That didn’t happen. After class, the snow was coming down harder and the streets were ICY. I’d already had my fun with ice and snow in January and I have no intentions of messing up my ankle any more so I decided to just drive (slowly. seriously the roads were SO bad) home. Good decision because we ended up getting about 5 inches. Which isn’t anything comparatively, but it was enough that it was a mess in DC.

Sunday consisted of church, a Pure Barre workshop (I told you I’m obsessed) and then five miles with Julie which involved lots of puddle hopping, slush / ice avoiding and cries of “GAH! That puddle got me!” The weather, though…it was about 50 degrees, which was so weird with all that snow on the ground. I mean look… 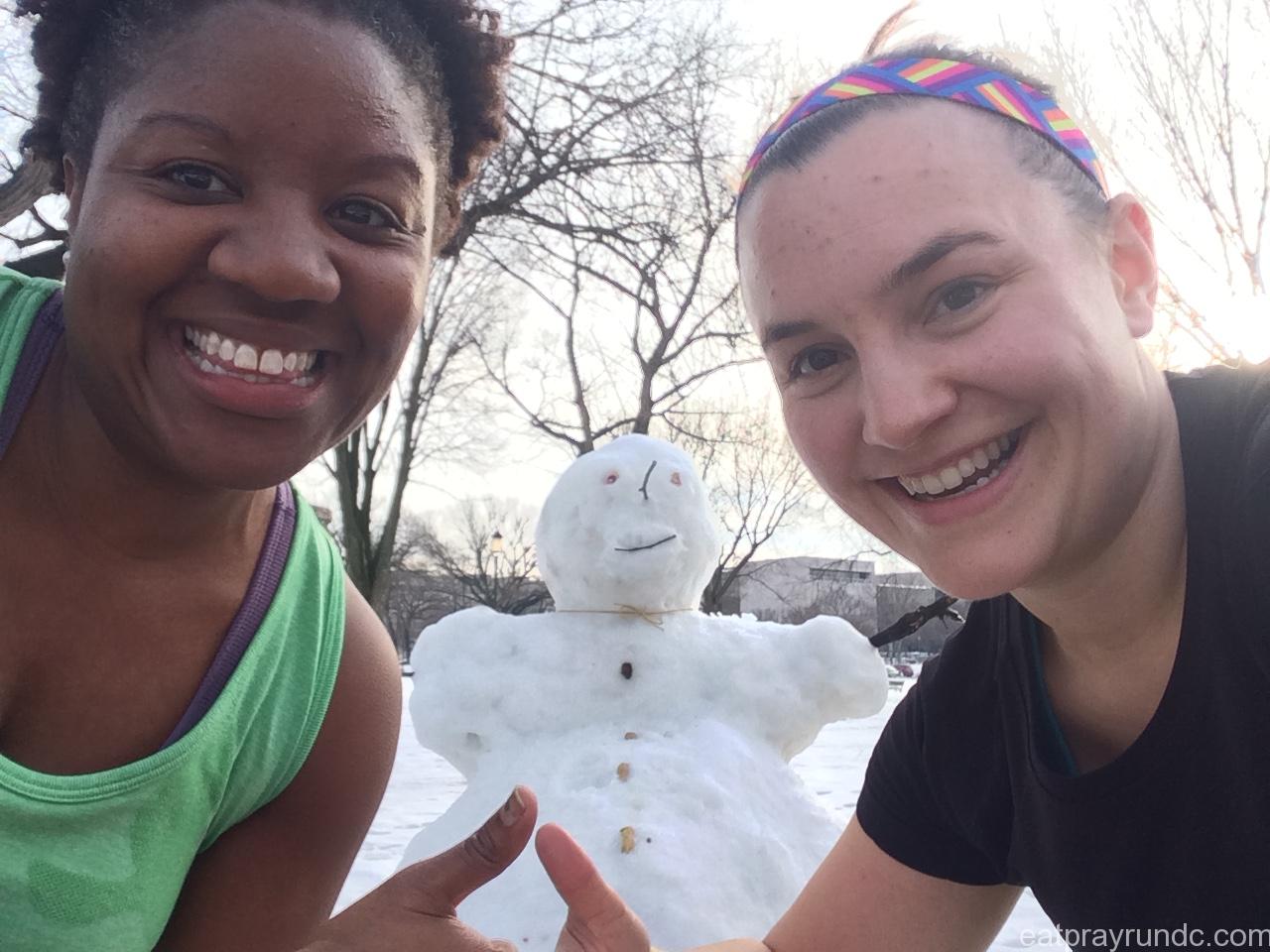 It was so weird to be wearing a tank with all that snow on the ground. This weekend was great but it wiped me out and I have to say, I’m ready for spring!

How was your weekend?