This post is probably going to upset some people but it is truly not meant to. I just felt the need to get this out since we are now in another season of the annual Runner’s World cover model search and basically every second runner I know is begging for votes left and right. And, I just wanted y’all to know that while I love you guys (seriously, fellow runners you are amazing), I am probably not voting for you. And that actually does mean you. It’s not out of malice though, I promise! Let me explain… 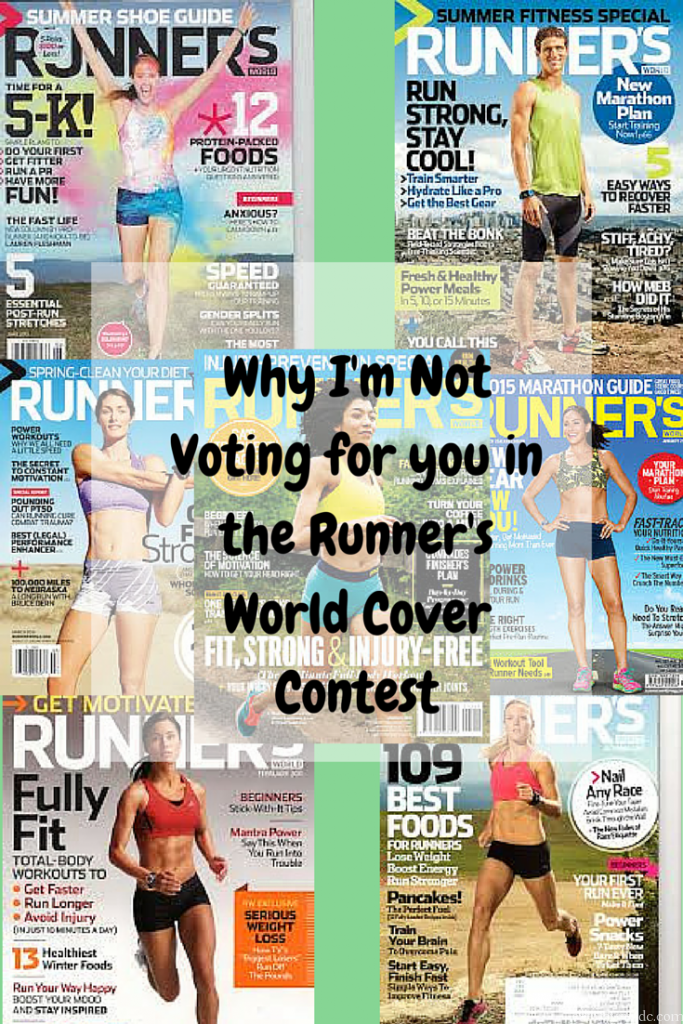 I have absolutely nothing against contests where bloggers (or nonbloggers) take to social media for the chance to win something awesome. I’ve entered a few myself. What I don’t love about these contests is that now I feel like they are SO big and SO many people enter. That in and of itself isn’t a bad thing. But then the “I should win because I have this amazing story” comes in. Those of you who watched the most recent season of The Bachelor will recognize this as what Kelsey did: use her story to imply that no one else’s story was relevant or important.

Everyone of us has a story and I hate how contests like this become about how so and so really deserves it. Says who? Not saying that any particular person doesn’t deserve it, more that I can think of so many people who deserve exposure and to have their story told. Most of us do. But the Runner’s World contest isn’t about that. It’s a quasi popularity contest – and I stopped taking part in those when I graduated from high school fifteen (holy crap, fifteen?!?!) years ago.  Also, to be totally honest, all the begging for votes kind of annoys me too. #sorrynotsorry

So, there you have it. In short, I think we’re all awesome and I’m not down with the popularity contest. And begging annoys me. 🙂

Are you competing for votes in the RW contest? Or all you ignoring the whole thing like me?