Last weekend, for the third time, I ran the Zooma Annapolis 10k. I’ve run this race a couple times (in 2013 and in 2014) and I keep coming back because it’s always such a fun weekend. This year was no exception. I was lucky enough to be a Zooma Ambassador (you can still use code courtney16 and save 10% off Zooma Cape Cod or Florida!) for the second time and I knew a bunch of other race ambassadors as well. Read on for my Zooma Annapolis 10k Race Recap! 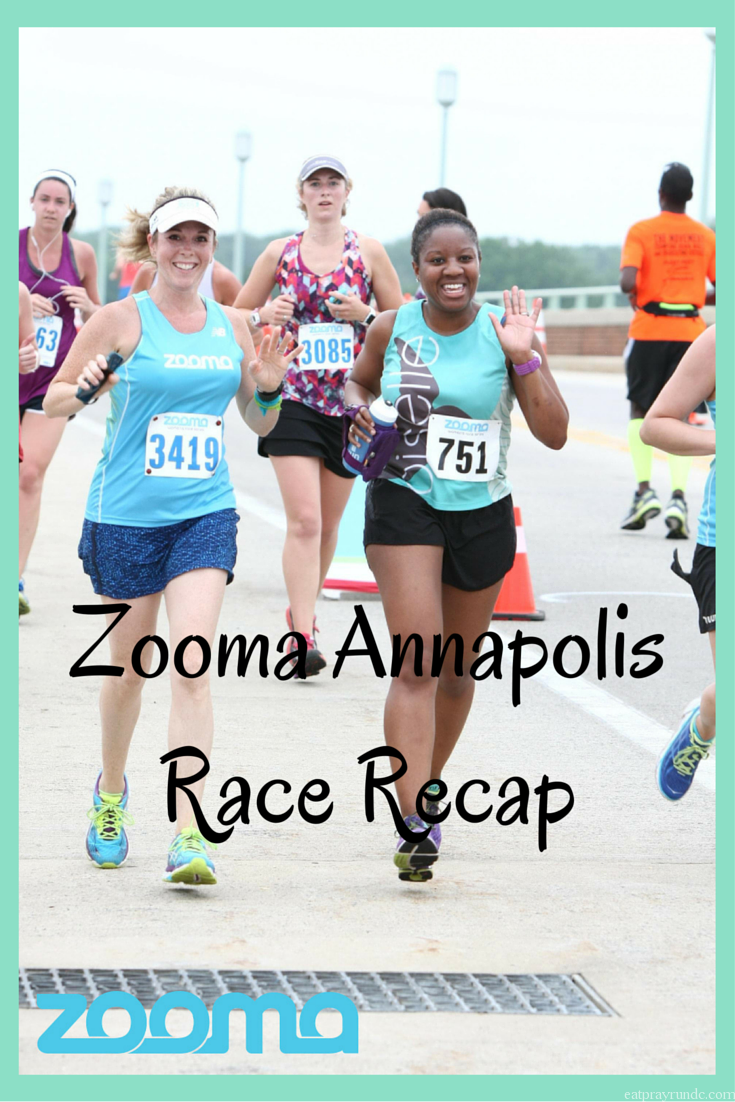 Since we had such a great group of gals running the race, we all decided to meet for drinks and dinner. We had THE BEST time. However, the morning came quick. I woke up at 5:45am (before my alarm) and did not feel awesome. I knew I was definitely not going to be racing the 10k. Aside from the wine, the humidity was absurd – I think it was over 90% – it was just gross out there.

The race started and at first I was alone – which just didn’t sound appealing. I typically don’t mind racing alone but since I wasn’t racing, I really wanted company. Luckily, I saw my friend Amy up ahead. I caught up with Amy and she told me that Sue from This Mama Runs for Cupcakes and Lisa from Lisa Runs for Cupcakes (my kind of ladies – cupcake lovers!) were right ahead. I caught up with those ladies and we ran the race together. I was extremely grateful for the company – it made the race way more fun! 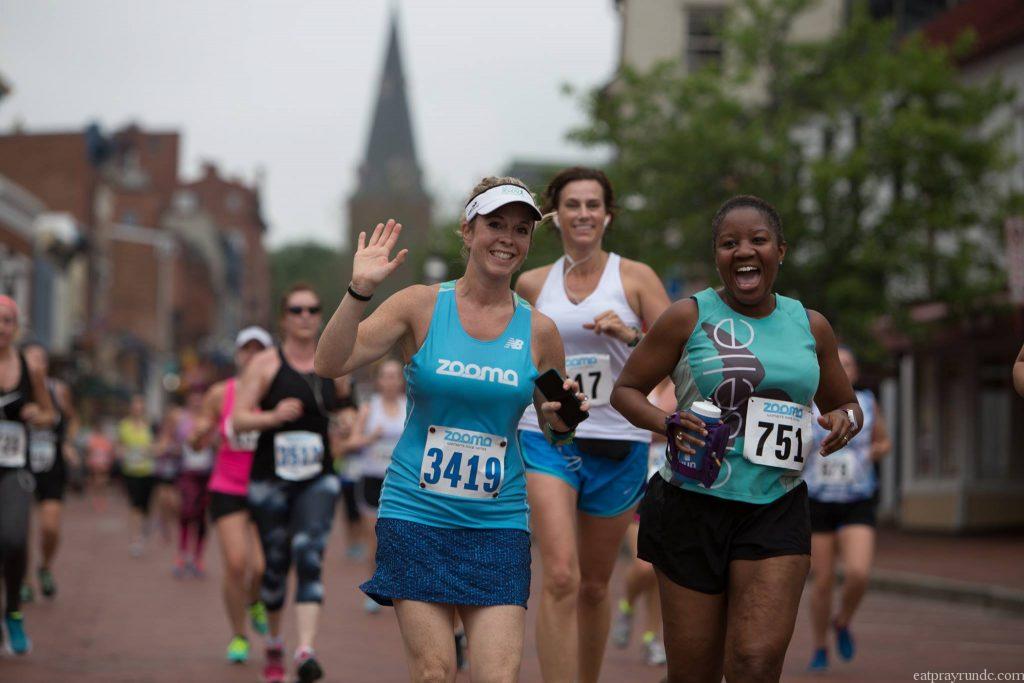 Sue, Lisa and I were not running for time – we were just running for fun and also trying to survive the intense humidity that day. It was rough. The mile splits weren’t amazing, but we kept a sub-10 minute mile pace which since I was trying to keep my stomach from rebelling, I was pleased with it. We ran an official time of 59:38, which I’ll take. Especially since I tried for awhile to run this course sub-60. Doing it after a night with *lots* of wine isn’t half bad. 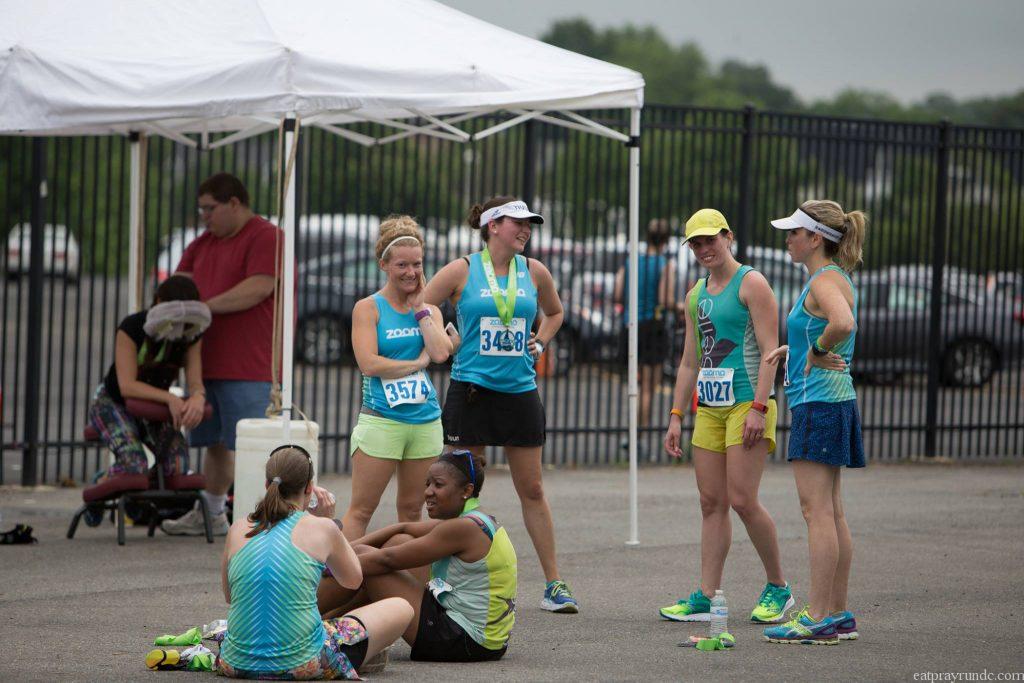 It was a great weekend, a fun race and as you can see in the picture above, a bit rough. However, this weekend is one of my favorites each year and I’ll probably be out there again next year!

Have you run Zooma? What was your last super hot race?