I had SO much fun running Zooma Annapolis this past weekend – so here’s my race recap! Between the food, the wine, the laughter, the conversation, the wine, the beautiful hotel, the expo, the wine and the great weather, I did actually run a race! As I mentioned briefly in my post yesterday, I chose to run the 10k instead of the half marathon. It felt kind of weird not running the longer distance but I used it as just cause to have more fun the night before! 🙂 The 10k course (and the half marathon course) begins at the beautiful Navy Marine Corps Memorial Stadium. The course winds through the stadium, towards the gorgeous cobblestone streets of Annapolis. Next the course takes you past the Naval Academy, does a bit of a loop and then heads towards the Naval Academy Bridge. That bridge was my nemesis last year (and also in the Annapolis Ten Miler) but this year we barely went up it before turning around. Have to say, I wasn’t sad. 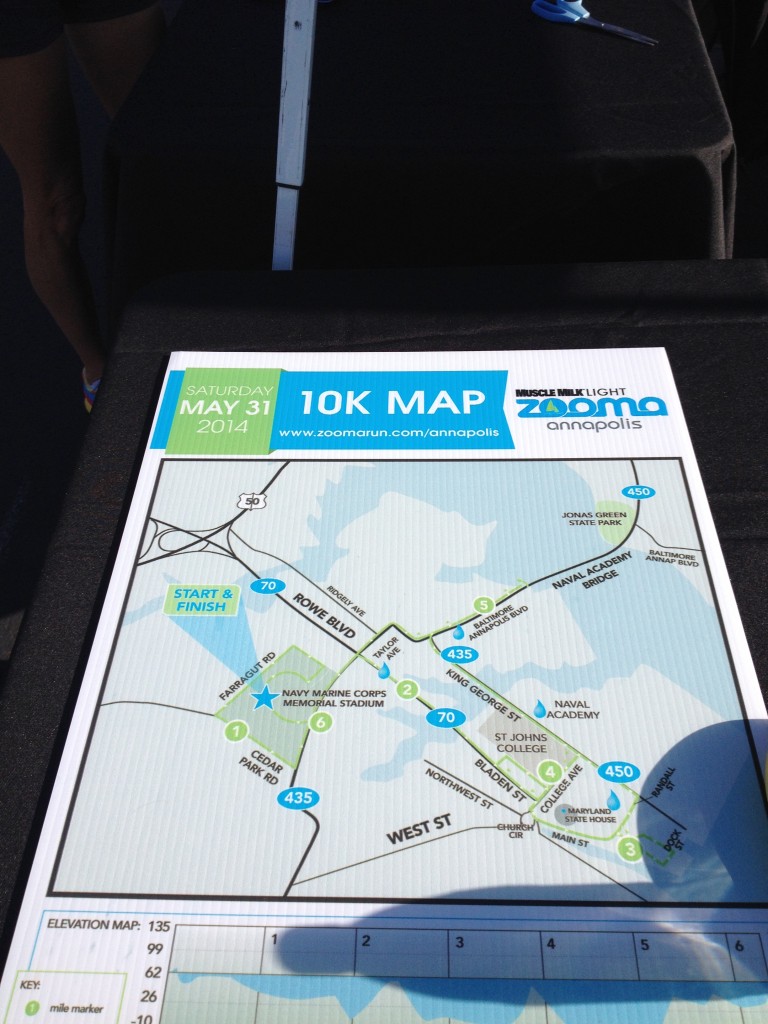 So, since I didn’t have my garmin, my plan was just to run by feel (which I am NOT good at) and have fun (which I AM good at). This race has a lot of mini out and backs, which was awesome because I got to see lots of my buddies numerous times and cheer them on. I ran most of the race with my coworker, Meghan, and we had fun, running swiftly and chatting through most of the race. As I mentioned, there were a number of little out and backs but that did lead to some confusion at parts. The 10k turn around was right after a little party zone and there was not any real signage indicating that we should be turning around. I actually ran into a girl at the turnaround because it was so confusing. After the turnaround, we only had about a mile or so left, and I was getting hot, so I tried my best to pick it up to the finish. I would have really loved to come in under one hour and I felt like I had to be close but without my watch I had no idea how close I was or wasn’t…

Spoiler alert: I just missed sub-60. Sigh. BUT with no expectations, no garmin, and a hilly course, I set a new PR. 1:00:16. Not bad, my friends, not bad. Oh and I had a TON of wine the night before (did you read Sue’s post? Sorry, Sue!). So apparently my keys to success are no garmin and wine. 🙂 Not sure if I’ll repeat either of those strategies in the future (okay, maybe the wine). 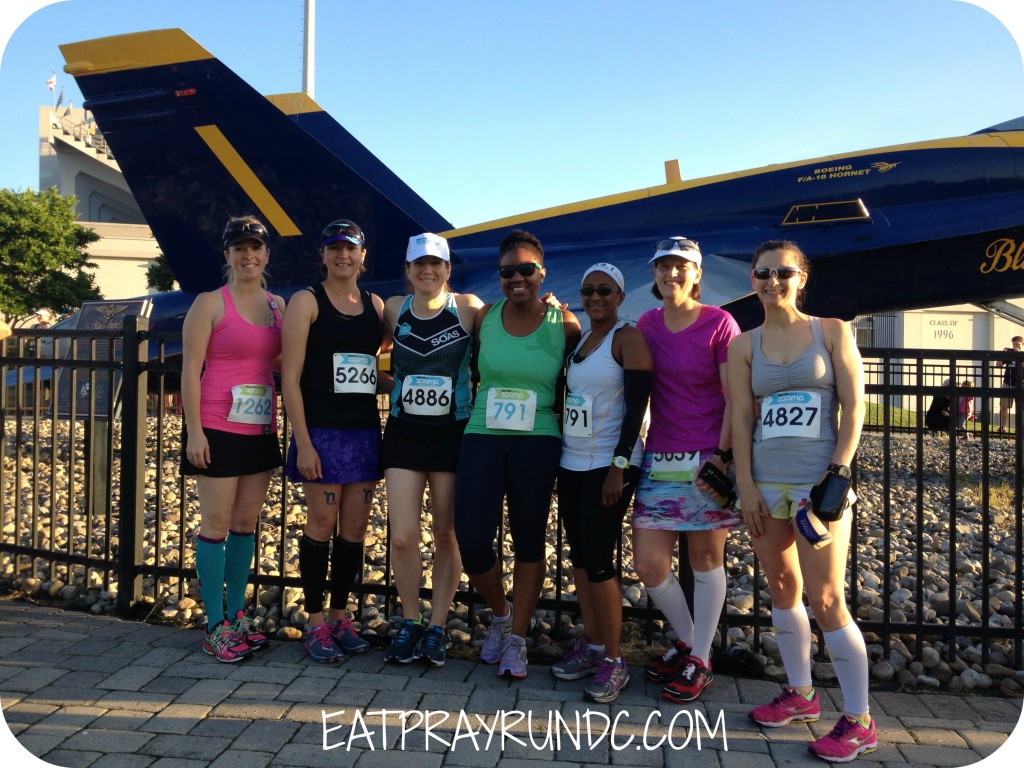 It was such a fun, delightful weekend and I hope to do it all again with this great group of gals soon!

Be sure to read all the other ambassador recaps!