I spend a good bit of time thinking about the marathon. Since I ran my first marathon, back in November of 2013, I have spent a good bit of time thinking about becoming a better marathoner. Through my journey I have become faster, but more important to me is the better aspect. I ran marathon after marathon under trained and didn’t understand why I wasn’t reaching my arbitrarily set goals. I thought I’d look back at those races and reflect on what I learned. 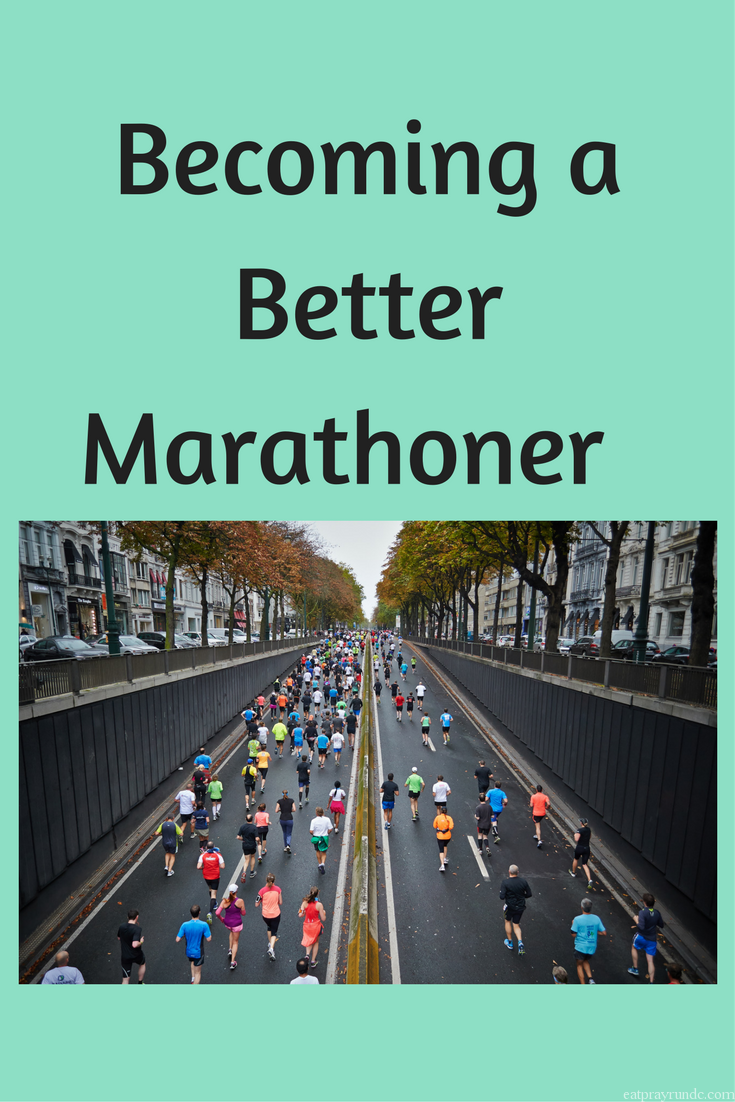 You never forget your first time. When I decided to run my first marathon, I had an arbitrarily set goal of running a marathon in less than five hours. I say arbitrarily set because I had zero knowledge of what it would take to run a marathon in less than five hours. I had zero idea of what that meant in terms of how I should pace myself and how I should train. I basically knew nothing. And so, of course, I did not finish in under five hours. In fact, it would take me two more years and multiple more marathons before I would finally run a sub-5 marathon.

I tried again to tackle the marathon in March of 2014. I had a solid training cycle – meaning solid based on my limited understanding of how to properly train. I ended up getting the flu (but didn’t know that at the time) and dropping out of Shamrock at mile 17. That hurt – so I signed up for a trail marathon a couple of weeks later and boy did I suffer, but I finished, which was what I needed. I had no real time goals for this one, which was smart.

I ran Richmond for the second time and ran slower than my first marathon. This was the result of terrible cramps that started around mile 14. I am now convinced my legs cramped because I was under trained and trying to run too fast on legs that were not prepared for that. I am also not great at nailing nutrition during marathons. This is actually still a work in progress.

Again, after a bad race, I wanted to run a marathon closer to my fitness level. I loved the NCR Trail Marathon. It’s actually a rails to trail and basically flat and packed – perfect for running. While I wasn’t quite able to come in under 5, I got much closer and was happy with my race. Especially considering this was less than two weeks after Richmond.

Ah. Sub-5. For this race, my A goal was 4:40-4:45 and again, I set that kind of arbitrarily. I was learning more about running and pacing, but my training was still not where it needed to be. I peaked around 36 miles and while I had added Pure Barre and some light yoga into my routine, I was still running over 50% of my mileage on Saturdays. No bueno! But I felt really good about finally coming in under 5 hours.

I ran this race just three weeks after Wineglass and wanted to run a 4:30 marathon. I have no idea why I thought I could cut 20 minutes off of Wineglass. Looking back, I also think I have been consistently under fueling during these races. In Marine Corps, I had nothing but Nuun until mile 16. I’m not sure why I thought that was a good idea. I’m still dialing in on my fueling but I would not attempt to run a marathon and not take in any substantive calories for 16 miles. That is a bad idea – don’t try it at home, folks!

Chicago was my first training cycle using Hansons. I set a goal of 4:10, which would have been a 42 minute PR. I messed up my fueling big time – I basically only drank half my water bottle by mile 15. And that was it. I am still not sure why I sabotaged myself like that. I was feeling great and the weather was perfect – so I just didn’t feel thirsty or hungry. BIG MISTAKE. I had terrible terrible cramping starting at mile 18 and was just proud to squeak in under 4:30. Like I said, I’m still figuring out my nutrition. The great thing for me with Chicago is that while I totally broke down, I did not let it totally ruin my race. That was huge for me.

Berlin. Berlin was a great race and I think my nutrition was not perfect, it was definitely the best so far. I had a pretty good day and another big PR. The weather (99% humidity) and the crowding (SO CROWDED) were the two big obstacles. I think if the weather had not been awful I could have run much better. But – given the weather and how hard I pushed, I felt really proud of my effort. I felt like I truly left everything out on the race course and I had zero second guesses about if I could have done more. That was a good feeling to have after a marathon. I finally feel like my marathon PR is pretty in line with my fitness. I of course am going to keep chasing sub-4 but I was really happy with my performance in Berlin. The idea that I could run a sub-9 mile during a marathon is pretty wild to me when I think about how my first marathon (just about 4 years ago) took me 5 hours and 27 minutes. 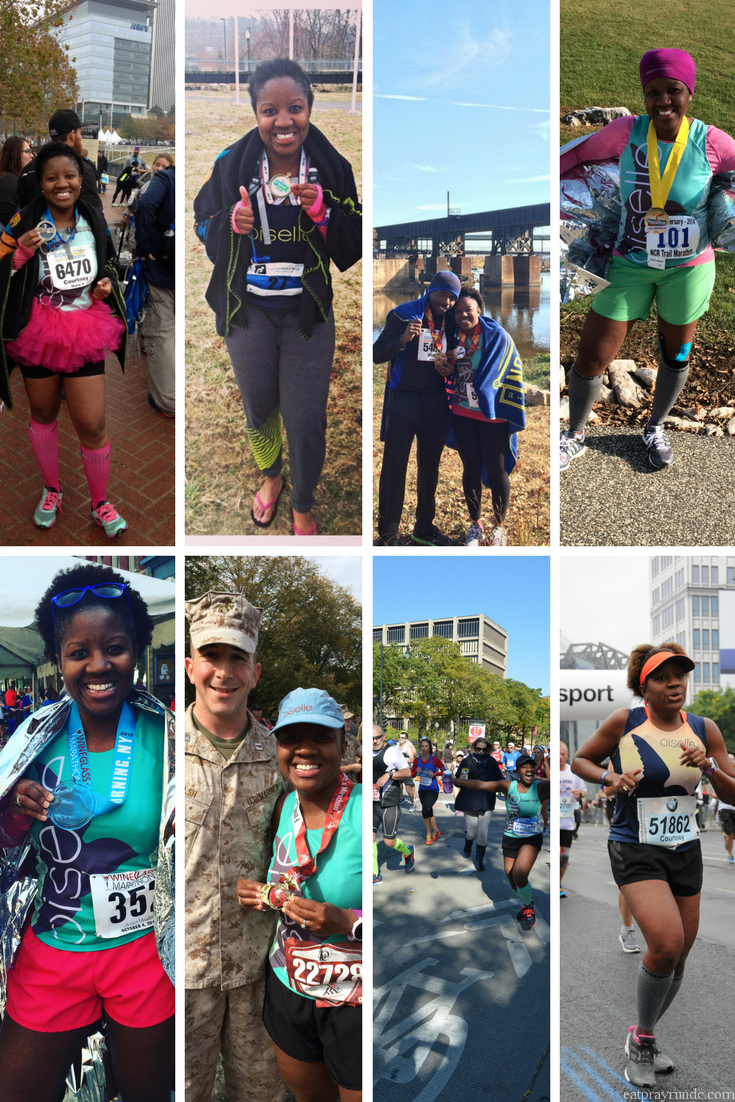 Do you ever reflect back on a series of your races and assess what you have learned?