As the summer heat and humidity settles in and holds many of us captive, I began thinking about all the myriad of thoughts I have while running during the summer. First things first: Heat can be dangerous, so please be smart when deciding if you are going to run outside during these hot days (especially during the heat advisory days that we’ve been having recently on the East Coast). Regardless of whether you take it outside or decamp to a treadmill during summer runs, we all have probably had some similar thoughts. For this week’s Free Friday, I thought I’d share the five stages of summer running (with one bonus stage). Make sure you check out my co-hosts for the linkup – Mar and Cynthia. Have a great weekend! 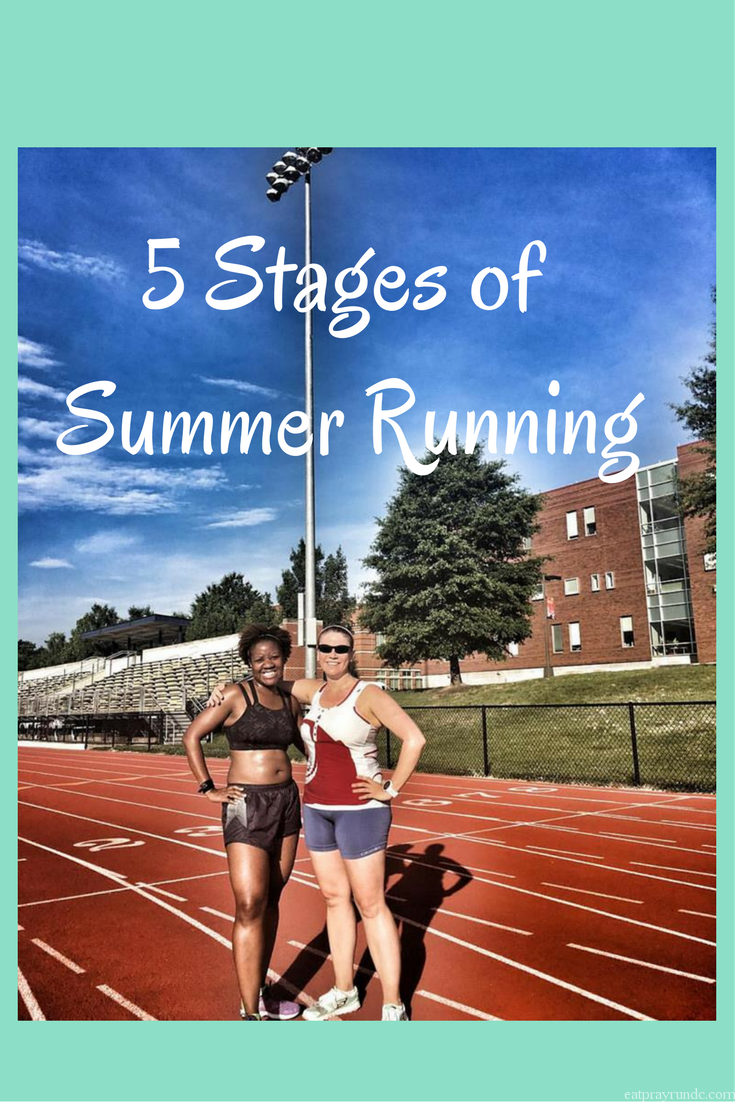 While getting ready for a run:

When I start running:

A few miles in:

What goes through your head while running in the heat?

A version of post was originally posted on Women’s Running.