Hi friends! As you probably know if you follow me on Instagram (or any other social media), Grandma’s marathon did not go as planned. I am not going to do a mile by mile recap because there is not much to say. I started feeling sick with vertigo-like symptoms around mile 5. By the time I stopped at the mile 7 water stop, I was dizzy and stumbling. I was escorted to medical where I sat for 20 minutes. When I stood up again, the world was still spinning and I knew my race was over. It was an agonizing decision but definitely the right one. I was incredibly sad to have had that happen and while I suspect I know what the cause was, it’s hard to say for sure. 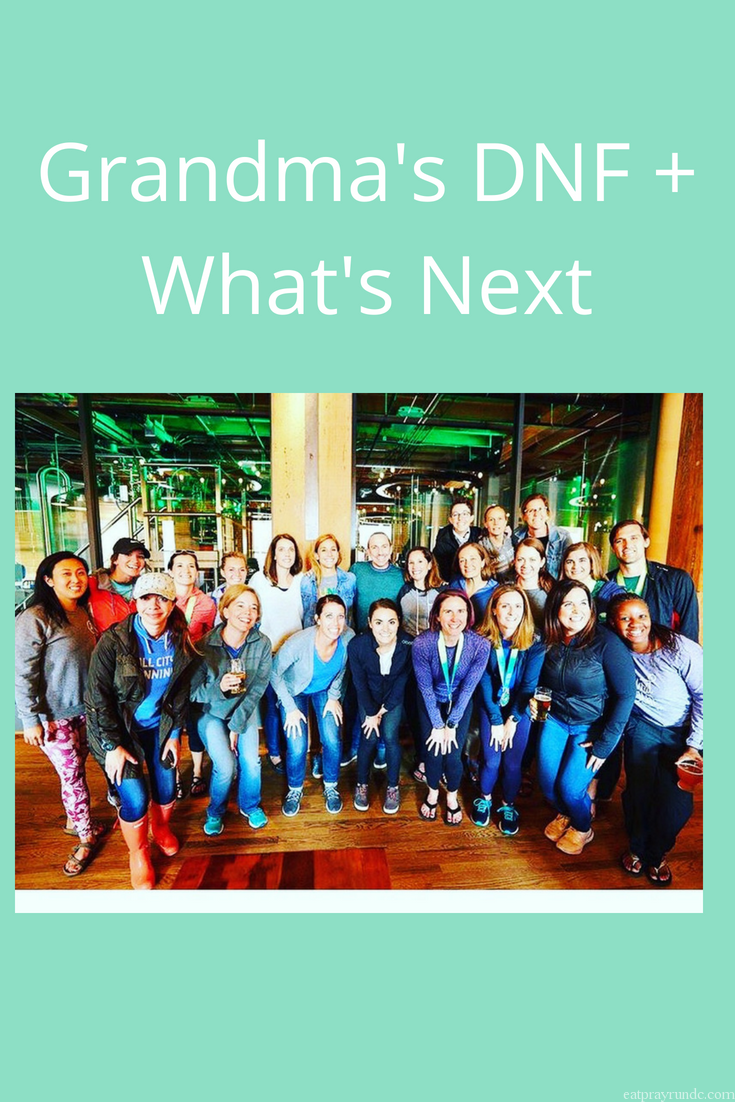 So what’s next? I took a couple weeks to think about my plans going forward. I was already signed up to run the New York City Marathon for Team for Kids (more on that later, but you can support my fundraising efforts here – Team for Kids is an AWESOME organization that runs New York Road Runners programs for youth). I knew that no matter what happened at Grandma’s I was not going to try and run NYC for time. I decided after the Berlin Marathon that I would not run anymore World Majors or international races for time – only for the experience. Which meant that I was going to have to choose a new marathon if I wanted to try and break 4 hours again. Which of course I do. So…after a lot of thought and a chat with my coach, here’s my plan.

I am going to take July off from formal training. This is mostly for mental reasons – I’ve been following a plan since January and run 100+ mile months all year (except for June) – I need a break. I will still be running in July but I will run when I feel like it and most of my runs will be easy paced. Starting August, I will begin a training cycle focused on New York City. This will be an easier training cycle – mostly focused on getting me across the finish line happy and healthy – not tied to time goals. The weekend after NYC, I’m running Richmond – the half marathon. After Richmond, I’ll probably take the rest of November off – maybe a couple of very easy runs and a Thanksgiving Day turkey trot of course. Then I will run the Rehoboth Beach half because I love that race and it’s such a fun weekend. I will then start gearing up for sub-4 attempt number 3…which will take place in March at the Shamrock Marathon!

You might recall that Shamrock is my only other DNF – it was supposed to be my second marathon but I was very sick and had to drop. I went back in 2016 and ran my first sub-2 half marathon there…so it seems fitting that I should break 4 there as well! I’m excited to now have a plan and to have the next few months mapped out (yep, type A personality here!).

Does anyone else plan out as far in advance as I do? Where are my fellow type A crazies? 🙂