Recently, someone asked me a question on the blog’s Facebook page: what did I do to become a faster runner? I realized that the answer to that question was fairly complex so decided I’d answer in a blog post. First, a bit of background and my personal disclaimer: speed (like most things) is entirely relative. I consider myself a solid middle of the pack runner and a mid to back of the pack marathoner. I have gotten faster since I first started racing, and I appreciate that but my slow is always going to be someone’s fast and vice versa. Please keep that in mind when reading this! 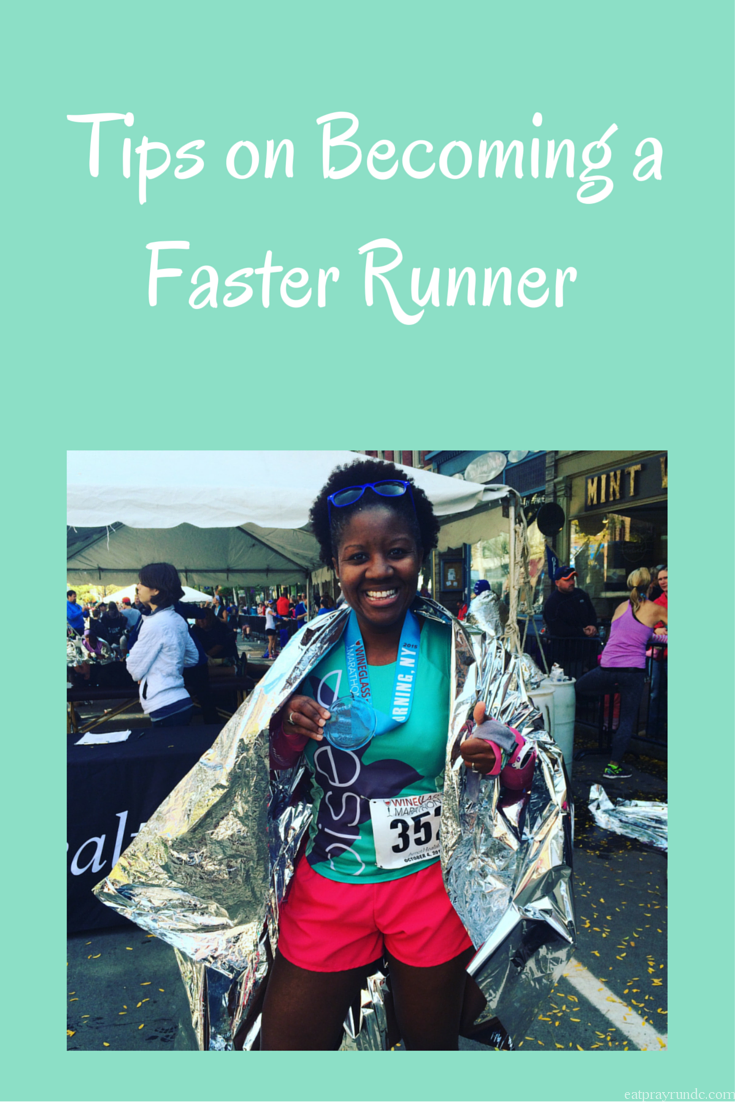 When I ran my very first half marathon in 2007, I ran a 2:20 race. After that, I didn’t run another half marathon until five years later and I ran it in 2:36. That 2012 race was really the start of my efforts to run stronger and faster. Since 2012, I’ve run a ton more races and now sit on a 2:04 half marathon PR. I’ve cut over thirty minutes off my slowest half marathon time and am hoping to go sub-2 this March. In the marathon, I’ve gone from over 5:30 from my slowest race to my current PR of 4:51 – that’s almost 40 minutes off the marathon and I’m hoping to get that time even faster this year.

While every runner is different, there are a few things that I’ve done over the past to get faster and things that I’m actively doing now to continue getting faster.

What, if anything, are you doing to become faster?