While I’m definitely not a fair weather runner, I can be somewhat of a fair weather racer. Let me explain. Running in the summer is tough enough. It’s hot, it’s humid, the bugs are out and it can often be an all-around sufferfest. However, it’s a necessary evil. So I do it. I wake up at the crack of dawn (actually, usually before the sun) and I run. Then I sweat all day and my hair looks a hot mess and I never cool down—but alas, that’s the price we pay. 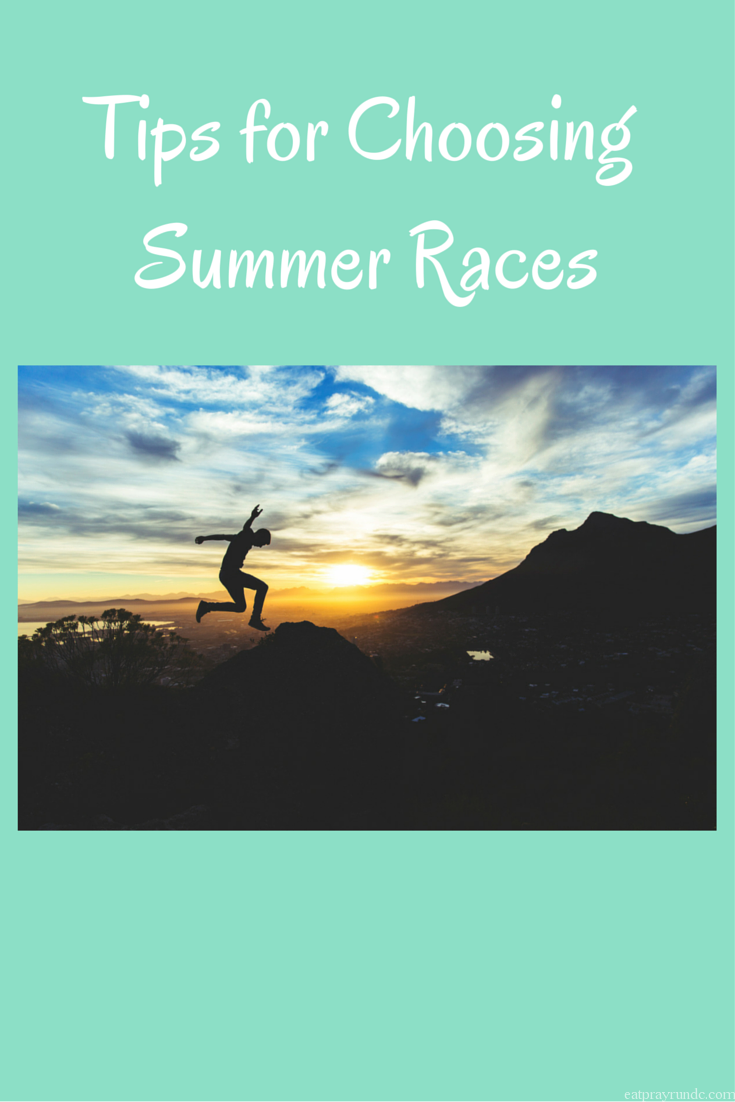 Because summer running can be such a challenge, I have a few tips for choosing summer races to share. Most of these grew out of not being particular about summer racing and paying the price. Learn from my mistakes!

What are your tips for choosing summer races?

A version of this post originally appeared at Women’s Running.