I have decided that as I work towards my next marathon, I will be working with a running coach. I’ve gotten some questions about my decision so thought that I would share why I chose to work with a running coach and how I chose my coach. After one real attempt and one kind of real attempt (Richmond was kind of real, haha) to break four hours, I decided that I really wanted to go for it in 2018. 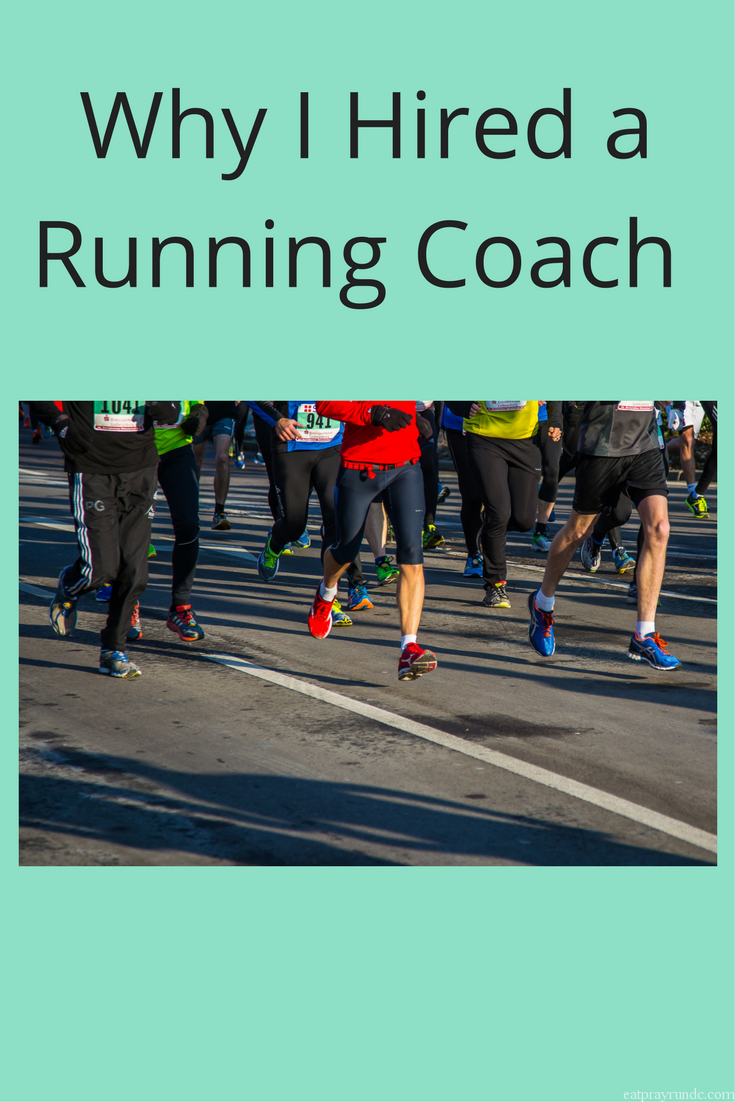 In addition to deciding that I truly wanted to break four hours in the marathon in 2018, I also knew that I wanted to run the New York City Marathon. I had the great opportunity to spectate the marathon last fall and watching it convinced me that in 2018 I needed to run it. But – after running Berlin, I came to the conclusion that I would no longer run World Majors for time. They are too big, too crowded and running them for time really takes away from the experience. So that left me with a bit of a dilemma. I knew I wanted to run New York, but I also knew I did not want to run New York with the pressure of trying to break four hours. So I decided I would need a spring marathon. Once I decided that, I felt a bit of an urgency to really make sure I was doing everything I could do to give myself the best chance of breaking four hours. That made me revisit my previous thoughts about hiring a running coach.

If you are a regular reader of the blog you know that I travel for work fairly regularly. Sometimes it can be really tricky figuring out my schedule when I’m on the road and dealing with crazy travel. It sometimes gets a bit stressful trying to manage all of that on my own. I truly believe having a coach can help me get there.

After I decided I wanted a coach the next decision was to choose a coach. I knew I wanted someone who wasn’t a stranger and who really understood me as a runner. I also wanted someone who had a philosophy about coaching that made sense to me. Finally,  I wanted someone who had been there – there meaning someone who had running success that was significantly further along than my running. While I do not believe that successful coaches have to all have had run three Olympic Qualifying Times – but I did feel strongly that my coach needed to have had a level of success in the marathon that I have not had yet. And so I went with one of friends and one of the runners I most respect. And, yes, she has run three Olympic Qualifying Times and most recently ran the 2016 Olympic Trials. And she is an incredible runner. But she is also a friend and I have gotten to know her pretty well over the past year and a half. I’m thrilled to announce that I’m working with Oiselle Haute Volee Becki Spellman. Becki is one of my favorite people and I value her insight so much.

So there you have it. I’m excited to start building fitness again and thrilled to be working with Becki.

Do you have a coach? How did you choose your coach?